Before we get to this week's reviews, I need to address a growing concern. Somehow the term "foodie" has been accepted into our lexicon while "bummie", my descriptor for homeless person enthusiasts such as you and I, has struggled to gain traction.

Please, do your part to promote "bummie". Use it in everyday conversation, whisper it into the ear of your lover while he or she is trapped in the throes of passion, yell it in a crowded theater or at a theater that you think might be crowded as you walk by. If you're too shy for any of the above, get the word tattooed on your neck.

Right now, we're nothing more than a group of people who share a passion. Once we have a widely known quirky label for ourselves, we'll become a movement that cannot be ignored. 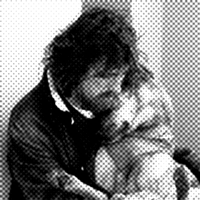 I went into this review with high hopes. Several friends and colleagues had crowned Manny as the archetypical bum, the embodiment of all that a bummie looks for in a homeless person. Unfortunately, Manny did not live up to the hype.

Manny's features are a yawn-inducing checklist of bum cliches. A scraggly hair-and-beard combo dotted with twigs and gum. Drab, featureless pants held up with a salvaged length of electrical cord. Grimy digits protruding from a mismatched pair of fingerless gloves. A weathered scrap of cardboard with "Will work for food" scrawled across it. Sunken, hopeless eyes resting in a weathered face that appears twenty years older than the broken man it represents. Been there, done that.

Even Manny's dog manages to be disappointing. It's a run-of-the-mill mutt without a single missing limb or a decent case of mange. Get this - it's name is Patches. Gee, I haven't heard that one before!

Manny will give you an open mouthed kiss for a dollar, but don't waste your money. He tastes like the same old mixture of standing rainwater and semen that bored us to tears long ago.

Verdict: Manny is indeed the everybum that he's been billed as, in much the same way that gruel is the everyfood. Everything he sets out to do was done before, and better, by other bums. One out of five abandoned shopping carts. 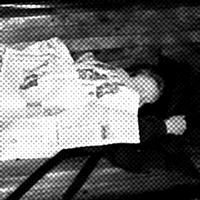 Ralphus himself looks like a cross between Tom Waits and a scrotum. His skin has an even coating of coarse hair, and it seems to be three sizes too big for his body.

It all adds up to a very promising start that, unfortunately, goes absolutely nowhere because I'm pretty sure that he's dead.

In the three and a half hours that I spent at Ralphus' camp, he did not move. The crumpled newspapers obscured his prone form in such a way that it was impossible to tell if he was breathing, but if he was asleep he did not twitch an eye or snore.

I give Ralphus two out of five abandoned shopping carts based entirely on his potential. If he turns out to be alive, I'll gladly revisit this review in an upcoming column. 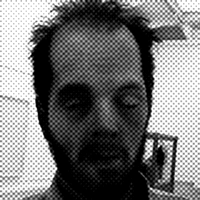 Location: The abandoned Appleton trainyard just outside of town

Although he considers himself a hobo, Captain is a homeless person of such quality that he bridges all genres. He is truly a delight for all bummies, regardless of their taste. Hurry, though! Captain is on a limited engagement in Appleton as part of his much larger "Wherever The Tracks And Satan Take Me" tour.

I would like to think of myself as a capable critic, able to convey the pros and cons of any bum in a concise and entertaining way. When it comes to Captain, however, my talents pale in comparison to the words of the man himself:

"Ah ain't had a slice of pizza in what, tenner twenny years now? Least a slice what was warm and didn't have no hair on it. But I heard they started stuffin' the crust wit some extra cheese. Like a bonus cheese. See, that ain't a half bad idea, but hell, I'd stuff that crust wit a napkin so's people could wipe they's faces real clean when they was done eatin'. Maybe if they ordered a whole pie I'd stuff one slice's crust wit the check. Oh, there goes the left eye! Yup. Can't see outta that one now."

Verdict: If you consider yourself a homeless person connoisseur, you must see this bum. Five out of five abandoned shopping carts.