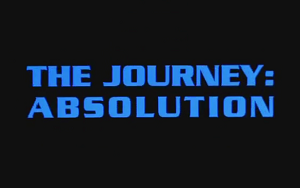 Overview: Mario "Didn't Peak In High School, But Did Peak In A Sitcom About High School" Lopez leads an endless parade of chiseled man meat through a top secret Arctic military academy/alien invasion HQ/finishing school for failed male models, and we all learn a valuable lesson about casting Richard Grieco in anything ever.

The Case For: As far as we can tell, this movie was more or less responsible for banishing Jaime Pressly to television, which is great news if you're a big My Name is Earl fan. Sadly, it did not have the same effect on Mario Lopez, as he tragically ended up supplying voiceovers for a series of tepid talking dog holiday movies.

The Case Against: Introduces the idea of a "gentle, banking plot turn", which combines a plot twist and foreshadowing in just the right way so all the merits of both are completely ruined.

Let's just get this review started right, shall we?

Now that the mood is properly set, we should tell you that despite the pulsating rainbow lights and Richard Grieco tenderly nibbling on a cigar the whole time, this is one of the least mind-bendingly gay scenes in The Journey: Absolution. By a lot. This movie isn't quite up to the glittery standard of director David DeCoteau's later string of direct-to-dumpster awkwardly homoerotic quasi-porn movies, but they have a lot of thematic elements in common, like a casting call which must have read something like "male, 18-25, oily, rippling pecs, extremely dimpled, allergic to shirts, acting experience optional." Oh, and circles of extremely buff dudes drinking blood out of an ornate chalice in their undies, which somehow managed to become a recurring motif in the DeCoteau oeuvre along the way.

By the way, our congratulations to Davey DeCoteau for making it onto the Awful Movie list not once, not twice, but for the fifth time, with many more undoubtedly to come[1]. Lord knows this isn't because we all have some kind of self-destructive drive to keep subjecting ourselves to David DeCoteau films. It's just that the man has churned out so many unavoidable Z-grade stink bombs that statistically speaking, 80% of the DVDs in your average urine-soaked back alley 99-cent bargain rack are gonna have his name stamped on them somewhere.

And now, the comedy stylings of Triumph the Insult Comic Grieco.Speaking of urine-soaked shitholes, Absolution takes place at a top secret military academy in the Arctic, in some generically unspecified future. And by "top secret military academy", we obviously mean "endless series of locker rooms", because what kind of elite army cadet would be caught dead without an excuse to pop his shirt off at any given moment? Again, this is a David DeCoteau movie, which means needing to justify having gratuitous extreme male nipple close-ups in almost literally every single scene.

Seriously, if you think we're fucking kidding when we say that about 95% of this movie takes place in locker rooms, think again. It feels like every room in the goddamn base is a locker room. Their barracks is full of lockers, their bedroom is full of lockers, the bathroom, the gym - and the locker room? Don't even get us started on that. When they're not busy dressing or undressing themselves, the cadets at Don't Ask Don't Tell U. are subjected to a rigorous curriculum of shirtless partying, shirtless training montages, anus stretching, Full Metal Jacket sock scene ripoff parties, and the occasional brief glimmer of character or plot development (also shirtless.)

Come to think of it, this whole movie is kind of like if you took the volleyball scene from Top Gun, rewound to the locker room scene just before it, fired all of the half-decent actors and replaced them with worthless piece of shit Z-movie retards with major speech disorders, and then filmed them leaning in uncomfortably close to each other's mouths every time they talk for 90 minutes. Also, the scene where Maverick gets chewed out in the commander's office seems a little...different, somehow:

[1] We know this because his IMDB bio names Roger Corman and Charlie Band as his greatest influences, which pretty much makes David DeCoteau the 34th Emanation of the Golden Chosen One of Shitty Movies.