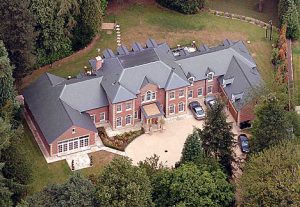 Like many Americans, Richard may be forced to give up one of his several houses.Richard halfheartedly pours the remainder of his coffee onto the breakfast nook floor as Madison slips by with her entourage, consisting of three governesses. Luckily, Richard's severance plan allows him to keep some of the necessities of his past life -- though his current income is fraction of what it used to be. "They say you can't put a price on happiness. But it has to be more than 40k a month!" Expectedly, the mug drops from Richard's hand. It barely cracks. He stifles a sob.

Lisa Benson, Richard's wife, lives in their third home in Aspen -- and far away from Richard's economic nightmare. When asked what specifically caused his marriage to dissolve, Richard cites the same issues that have caused a rift in many families within the last few years. "Eventually, we had so much stuff that we needed another extra house just to handle the overflow. When I suggested to Lisa that it might be a good idea to sell our stuff house, she had a nervous breakdown and had to be institutionalized for three months. When she got out of the mental hospital, she forgot that she had a husband and a child. She's probably better off that way."

Richard stumbles over to a framed sketch on the wall and gently pulls it the ancient paper out of its encasement. "See this? It's an original Picasso sketch." He runs the priceless sketch over to the gas range and gently dabs it into the blue ring of fire. It burns like flash paper. "Every day. I used to be able to do this every day. Sometimes I look around and I don't see the country I lived in for the first 37 years of my life." 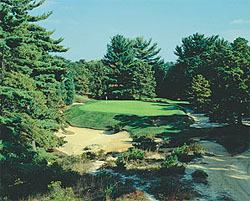 The unemployed often have no choice but to golf on substandard courses like this one.As a full-time, salaried worker, Benson is entitled to some generous unemployment benefits, but he refuses to take money from the government on principle alone. "I worked hard to get where I am today," says Richard, "and I don't think people should ever get something for nothing." Benson made his first million at the age of 23 by opening a letter which stated his grandfather had died and left him one million dollars. Following this, his father, Richard Benson Sr., gave him a job as a senior financial analyst, which he held for almost 15 years. The two have not spoken since his salary dispute.

"Yesterday, for the first time in my life, I used a coupon. A f****** coupon!" Richard springs to the coffee pot, and hurls it. An original Rembrandt is soon covered in French roast. Before Richard can set it ablaze, the unmistakable sound of a helicopter interrupts him. A rope ladder dangles in front of the kitchen window. "If you'll excuse me," he says, "I have an 11AM tee time at the Pine Valley Golf Club. 18 holes!" Through clenched teeth: "At the second-best course in the entire country."

Richard is off. A knock at the door: contractors are here to install the indoor water slide.

Only 200 feet. Madison will not be pleased.