Friday, Jan 10, 2020 by Zack "Geist Editor" Parsons (@sexyfacts4u)
Warner Brothers, desperate to replicate the success of Netflix's infamous production algorithms, will be employing an artificial intelligence to make future production decisions for the studio. With a huge back catalog including movies ranging from Mambo Nights to Space Jam, Warner Brothers can rely on past hits to help guide their AI's decisions. We have a preview of some of the movies already chosen by the AI.
Police Academy 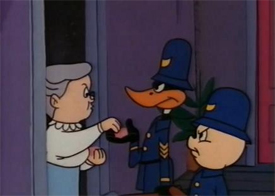 Starring: Kumail Nanjiani, Hannibal Buress, Nick Kroll
A hard reboot of Police Academy still set in the 1980s reimagines what would have happened if a class at a police academy is half humans and half wisecracking cartoons. This unlikely bunch has to clean up the city by defeating various "monstar gangs" at games of basketball. Will feature numerous terrible remixes of 1980s music selected by the AI.
Ladyhawke
Starring: Timothée Chalamet, Lola Bunny
Richard Donner's medieval fantasy about a thief in medieval Italy (Timothée Chalamet) who encounters a mysterious anthropomorphic cartoon rabbit woman (Space Jam's Lola Bunny) that can turn into a hawk. 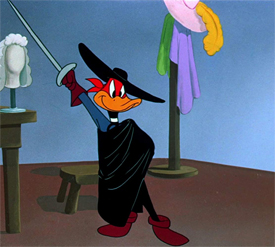 Mishima: A Life in Seven Chapters
Starring: BTS, Idina Menzel
Reimagining the groundbreaking 1985 Paul Schrader biographical film as a teen musical romantic comedy starring BTS playing Yukio Mishima at different points in his life and Idina Menzel as a singing tanto. The role of Masakatsu Morita, Mishima's kaishakunin during his ritual suicide, will be portrayed by Daffy Duck.
Hot to Trot: Forgers of Extinction
Starring: Kristen Stewart, Mahershala Ali, John Mulaney as the voice of Bert the talking horse
A prequel to the Bobcat Goldthwait comedy about a man who inherits a talking horse from his deceased parents explores the so-called "Forgers" who came to earth thousands of years earlier and released nano-machines that caused human intelligence but also created a tribe of "cognitaurs" or sentient horses that ruled parts of the earth in prehistoric times. In the far future, a human expedition travels to the home world of the Forgers and discovers that the nano-machines have created a new breed of cognitaur with a hunger for human blood. 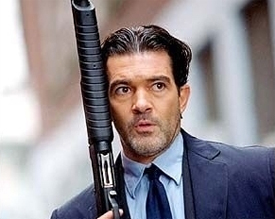 Ballistic: Ecks vs. Space Jam
Starring: Antonio Banderas, Awkwafina, Michael Jordan
Aging FBI agent Jeremiah Ecks (Banderas) must team up with the daughter (Akwafina) of his greatest rival to solve her mother's murder. A tangled web of action and intrigue can lead to only one conclusion: Space Jam killed ex-DIA agent Sever.

Terminator: Rise of the Space Jam
Starring: John Cena, Jimmy Tatro, Bugs Bunny
The film finally asks the big question hanging over the Terminator franchise: What if Skynet sent cartoon monster basketball players back in time to play John Connor for the fate of mankind? Will receive guarantees from James Cameron to say "this one is FINALLY the good Terminator sequel" in promotional videos. 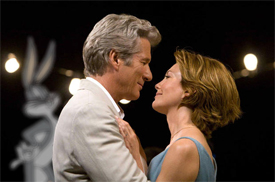 Space Jams in Rodanthe
Starring: Richard Gere, Diane Lane, Space Jam
Richard Gere and Diane Lane reprise their roles as aging lovers in the coastal village of Rodanthe, North Carolina. When cartoon aliens land in Rodanthe and demand to play a basketball tournament (or "Space Jam") to determine whether or not Rodanthe should be sucked into space, Gere and Lane must enlist a number of cartoons to play on their behalf.