Aaaahhhhh, Britain. Land of the British. Land of other things that I am unable to recall at this point in time. 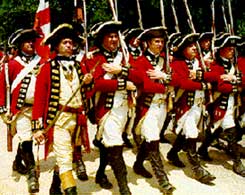 It's hard to remember exactly what I was taught about the British throughout my years of history class in school. It's all lost out there in the ether in some sort of stuffy, bad-teeth-filled haze. I think that at one point some guys who wore fluffy white wigs and tights thought that it would be a good idea to line up in very straight lines with guns and try to shoot wily colonists who hid behind rocks and in holes and under bushes and in the pants of larger men. I seem to recall that the wig-wearing fruits all got killed and had to go home to their own country where they continued to line up in straight rows and get killed. I am fairly sure that the British did this and not someone else such as the French, but I have been known to confuse the two. I also believe that it was the British who went to exotic places like Africa and India and out of the kindness of their hearts built a monstrous empire out of exploiting natives, stealing valuables, and killing people, but that could be America I'm thinking of, or perhaps myself.

The second thing I know about the British is that they have been eating creepy fungal tree moss-type substance called "Quorn" for years now as a meat substitute, even though it makes a fairly large percentage of the people who endeavor to consume it violently ill and even though there are plenty of other meat substitutes that as far as I know do not make people ill. The harvesting of this tasty, vomitous treat is described in detail on their site as:

Harvesting takes place by pumping the suspension of cells and liquid removed from the fermenter through a heated vessel which stops growth and renders the cells non-viable. The suspension is then passed to a series of centrifuges where the cells are separated from the liquid residue, and these centrifuged cells are collectively known as mycoprotein. The mycoprotein is placed in containers and refrigerated ready to be used as the major ingredient in the manufacture of the Quorn™ product range.


Delicious! I understand the need to find something that tastes like meat over there because all of their cows are either dropping dead or killing people, but I wouldn't think that a prime candidate would be a fungusy mold that can cause you to barf. Those British are a wacky bunch, though, I know that, too, so maybe it's all part of a good joke. I suppose that part of the joke is that I'd rather take my chances with the meat fungus than eat real meat in their crazy castle country but that I won't need to choose because I'm happy here in the good old US of A. USA #1!! Mmm, that steak sure is good! Glad I don't have to worry about getting holes in my brain! 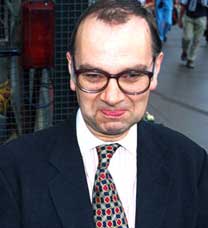 The third and probably final thing that I know about the British is that they are very peculiar-looking. It is trite and cliché to mention the horrible teeth, I know, but DAMN, those British people on average are weirder-looking than us Yanks by a long shot, even as compared to the winners you can see on "COPS," at a rave, at a furry convention, or any comparable freak-show. They are not "stop-dead-in-your-tracks" freakish, but on the whole they are more frightening looking than any random American. Their creepiness is compounded by their silly accent and fruity spelling of certain words and their usage of insults that make no sense whatsoever. What the shit is a "git" or a "sot," anyway? Crazy Limeys and their crazy words.

My grasp of British history might not be that great, but I was fairly amused to read that the BBC, Britland's own brainwashing system of tunnels and conspiracy robots, has picked 100 people from throughout the British ages to be creatively called "The 100 Great British Heroes." On this list of historical greats are legends who have changed the face of the world and made a lasting impact on humanity forever. These incredible people have contributed amazing things to society and therefore were recognized as such by the BBC. Several of the heroes on this list include astronaut and space explorer Johnny Rotten, former queen and subsequent boxing star Emmeline Pankhurst, and biogenetic scientist and cloning expert David Bowie.

Among others listed are such people-wonders as business dude Richard Branson (oooooh, aaaaah!!), some guy named Donald Campbell who raced boats (what a hero!), and another fruity musician named Bob Geldof who sang some songs for poor people in Africa back in the day. This is truly a fine list of people whom everyone considers to be heroes, but I can't help but think that they left a couple of people off of the list! Rather than be miffed and write them an angrily-worded letter, I shall attempt to prove the worth of a few British heroes of my own in the hopes that the BBC will update their list to the "103 Great British Heroes." 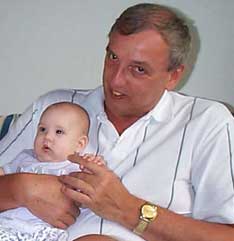 ACCOMPLISHMENTS: When life gave John Winklebury Hareford III lemons, he made lemonade. John grew up in poverty and filth on a pig farm east of Dorcestershireworchester- burybergburyburyshirelande, Westchestershire. He ran away from home at the age of 17 and began working in a meat processing plant in Luxonbury-on-Eastwicke. By the time he was 40 years of age, Mr. Hareford had risen to the position of Assembly Line Manager and had five men and one woman as his employees. He was also trusted with the valuable shrink-wrap machine, a hefty responsibility for any man. Today he retains this position in the plant and was recently given the award for "Most Reliable Plant Employee" by the CEO of Eastwicke Meats as well as a reward of four hams.

John is a family man as well. At the age of 18 he married and since then he and his wife have given birth to 16 children, the youngest of which was born this past July. All of his children are likewise employed at Eastwicke Meats and John hopes that some day they will be as successful in the meat-packing and processing industry as he was himself. Truly John Winklebury Hareford III is a British hero and is deserving of this recognition by the BBC.

ACCOMPLISHMENTS: Born into a world of luxury and privilege, Sir Higgenswallow learned of the finer things in life from a very young age. He lived from birth in a 46-room estate in the countryside close to Avon-on-Straton-on-Westburyforshire and from there he rode horses about the grounds, engaged in many conversations with area landowners regarding the state of the peasantry, and occasionally engaged in sport in the form of fox-hunting or croquet. Sir Higgenswallow also had many mistresses and fathered over thirty children in his lifetime, two of which he had with his wife, Constance Marie. He held a position in the House of Lords until his death in 1698 of dropsy and gout and was long-considered to be the owner of the highest number of indentured servants in that part of Britain.

Sir Chauncey Higgenswallow used his time on this earth wisely. He rode from place to place in a carriage, drank many glasses of fine imported bourbon, had tea with various royal personages, and mocked the lower classes at will. He could often be seen eating magnificent banquets or purchasing fine clothing and other goods, and was a true and accurate representation of what humanity can be if it aspires to selflessness and humility. For this reason he should definitely be counted among the top 100 British heroes. 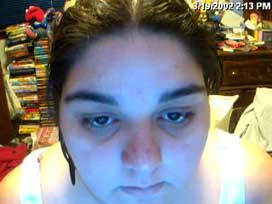 ACCOMPLISHMENTS: Michelle is the third of five children born into a middle class household in a suburb of London. She spends her time writing poems and updating her Live Journal wherein she talks of her inability to obtain a date for the upcoming school dance, most likely due to an unfortunate incident in gym class involving some Vegemite and a candle. Michelle also struggles on a day-to-day basis with depression and teenage angst, occasionally making tiny cuts in her arms with the point of a safety pin. Michelle also enjoys reading fantasy novels and is currently in the middle of the last "Harry Potter" book, which she is reading for the second time. She is also a free-lance artist and draws elaborate pictures of dragons and other fanciful creatures in her spare time.

When asked about all of these great achievements, Michelle only says, 'Well, I don't know what else to do, I guess." Talk about amazing people. If she is this accomplished at such a young age I can't even begin to imagine what she might contribute to Britain and to the world throughout the rest of her life. Michelle Stevens is truly a hero for us all.

I hope that the folks at the BBC have read this article and that they agree with my choices and realize their oversights. This list of British heroes could not and would not be complete without these additions and although I have about ten more people whom I believe are deserving of recognition for their work. In the mean time, maybe I'll go read a book about Britain or something so that the next time I endeavor to talk about it I won't sound so retarded. But I might decide to eat some ice cream instead, so shag off you silly rot-flockers, or whatever those Limey bastards would say in their crazy fag-speak.