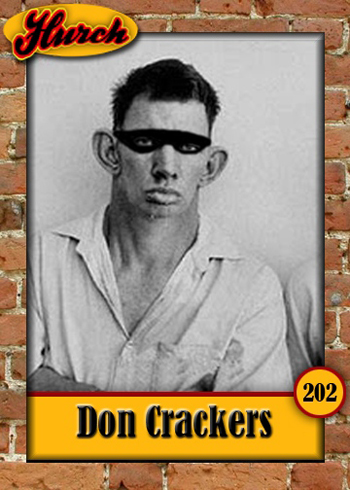 BIO: Don Crackers was, until the spring of 1994, a successful attorney in the city of Houston, TX. Following a rocky divorce, Crackers quit his job and drove to Washington. Over a nine-month span, Crackers managed to burgle every copy of Ace of Base's The Sign sold in the Seattle area. Police and investigators are still to this day unsure of how Crackers knew what homes and vehicles contained copies of the top-selling disc. None of the burgled discs have been recovered.

TRIVIA: In a 2005 interview, Don Crackers claimed to have also stolen 55 El Caminos, 300 movie theater popcorn poppers, the roof of a San Diego bungalow, and a portion of the moon. None of these claims have been confirmed. 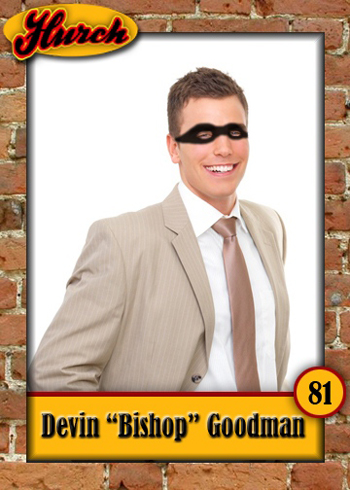 BIO: Devin Goodman's decision to take up burgling stemmed entirely from his unhealthy obsession with science-fiction/B-movie actor Lance Henriksen. Following his first viewing of the movie Aliens in 1986, Goodman became enamored with all things Henriksen. Between 1987 and 2009 it is believed that Goodman burgled Henriksen's home an astonishing 137 times. Stolen items included numerous couches/love seats, a set of latex film prostheses, an autographed The Pit and the Pendulum DVD, a toaster, keys to a boat, and every lamp Henriksen ever purchased.

TRIVIA: Goodman was completely unaware of Henriksen's role in any film other than Aliens. Following his incarceration, Goodman became more familiar with the vastness of the Henriksen movie catalogue. Having viewed Pumpkinhead: Ashes to Ashes, Demons on Canvas and Jennifer's Body, Goodman exclaimed that he severely regrets every decision he has ever made regarding Henriksen. He has since denounced his affinity for the actor. 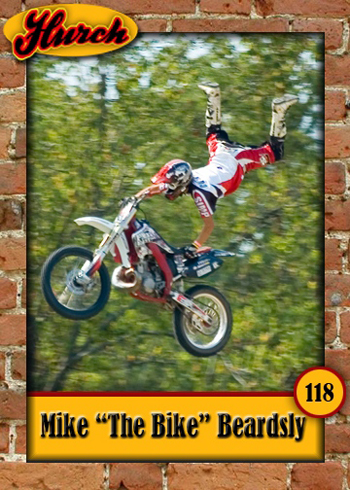 BIO: Mike Beardsly took up burgling to impress his father, famed burglar Chet Beardsly (Gold-Foil Card #12). After numerous arrests at a young age, Beardsly grew weary of the standard methods of burgling. Going against the grain of the generally more successful ideologies concerning quietly breaking and entering, Beardsly would instead construct elaborate ramps/fireworks displays on the property of his victims. Once nightfall arrived, Beardsly would jump a motorbike through the front wall of his target home. In the final year of his stint as a burglar, crowds would gather to cheer Beardsly on as he committed his elaborate home invasions.

TRIVIA: Beardsly's final burgle ended tragically when his pyrotechnics display sparked the gas tank of his bike. The resulting explosion sent Beardsly to the hospital, minus both legs and six of his fingers.

Thanks to Ian at FusedMuse for the first-page graphic!