Three Months of the Condor 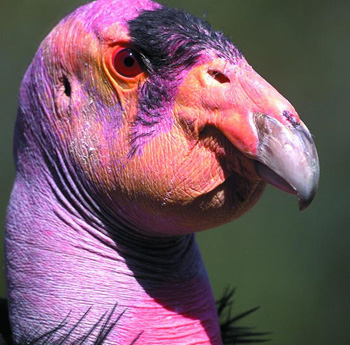 Fuck this bird.
Living with the Condor means living constantly on the edge. Every half hour or so, I am forced to apprehensively check the thermostat, making sure that the home is cool enough for the beast. When it gets too warm for the Condor, the creature will, without a thought, defecate upon its own legs, spraying foul liquid excrement everywhere. I am often driven out of the house onto my patio, opening a few windows as I go in hopes of lessening the smell before my return. Of course I can't open ALL of the windows, because that would make the house even hotter, and the defecation would never end! And what temperature is cool enough? I do not know. What is good one day is sometimes not good enough the next. Is it doing this on purpose? I suspect so.

I do take steps forward with the Condor occasionally, but they are few and there is always a price to be paid for every concession. For example, a couple months ago, I managed to convince it to relinquish my bedroom and bed after a fair amount of debate (it is difficult to make a concise and convincing argument to a massive, carnivorous bird), but then it moved into the bathroom, carrying the remnants of my sheets with it, and nested upon the toilet.

As earlier stated, my house is rather modest; quaintly so, I would argue. As a result, there is only one bathroom in the home. I am forced to go to the bathroom on the lawn. On the lawn. Every night, I am reduced to squatting nervously behind my own home like some kind of voyeuristic showman. I think the lady next door saw me: I'm not sure when, I'm not sure how, but she must have. Whenever I go out to get the newspaper and she is there, she always looks away, a judgmental sneer upon her lips. I do not blame her. But she doesn't know what it's like, being held prisoner by this infernal bird, a beast with no redeeming values that merely abuses my good will.

The Condor never leaves home; it just steals from me, leeches from me, takes advantage of me. Does it ever help out with the bills? Ha! Does it every pay rent? Ha again! No, all it does is claw at me if there isn't enough food around, or sit on its throne, or invite its friends over. And they're no better, either; just an uncouth rabble of about a dozen raptors, vultures, and buzzards, along with a single, and I suspect rather deluded, Great Egret. 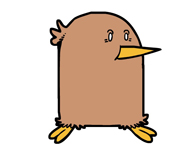 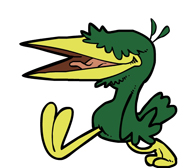 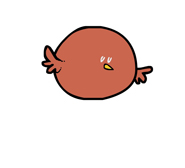 Every now and then the gang, and I cannot call them anything BUT a gang, will swoop through one of my windows (often open due to the Condor's heat-driven instinct), and then, with no regard to my presence or property, begin to fly wildly through the house, knocking down any standing object and tearing into anything soft with their talons (including myself) until they, by diffusion, each manage to find their way into the bathroom.

I have, out of curiosity, tried sneaking a look at their meetings. I nonchalantly walked by the bathroom, and then paused at the entry, taking a brief glance through the cracked-open bathroom door. The Condor was perched upon its toilet nest, hissing its bird jokes and jovialities while the others hissed their bird laughs in return. A black vulture grunted and gestured with its head, and the birds turned their black eyes towards me. I backed away from the door slowly. There was such fiery contempt in their eyes. Disgust. Hatred.

Why do they hate me? I do not know. All I try to do is live my life. I am certainly no enemy of birdkind: I leave bird feeders outside, I donate to the National Audubon Society; I am like a Mother Teresa of birds compared to most! For these past three rotten months, I have even housed their leader, fed it, and supported it, despite how much it's taken advantage of me and my kindness, despite how much it has scarred me, physically, spiritually, and emotionally. And yet they look at me with those eyes. I cannot comprehend it.

I do not know how much more of this I can take. This writing is but a temporary release; more abuses will come. More pain will come. Perhaps, soon, I will make my move, Endangered Species Act be damned. When that time arrives, I will wring the Condor's neck with my own two hands. It will dig its talons into my chest and beat me with its wings, but I will hold strong. Though I know I cannot kill the creature unscathed, I will not care. If it leads to my own end as well, so be it; we shall die together, our blood mixing on the floor, its shrieks and mine drawing silent forever.