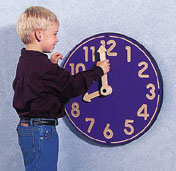 For some voodoo reason, the Illuminati has us switch our clocks twice a year. One hour forward in the spring, an hour back in the fall. On a large scale, the act of falling back an hour requires the creation of a time rift, or clicking the hour button on a digital alarm clock eleven consecutive times for home use. Failing to remember the procedure can result in a time continuum that eventually destroys you and your evil twin or being late for your internship at the mall.

Daylight savings time is amazing. Every year people relive an hour, and all they do is complain about how it is dark before Access Hollywood airs. There is one problem with daylight savings time. Though watching Blind Date and Cheaters on Fox is one of my favorite activities, I wish I could choose a different hour than two A.M. to relive. But with nearly 200,000 hours of existence under my belt, picking a handful of events is difficult. It would be much easier to select hours to erase, but that's another story… If I could choose which hours of my life to relive, I guess I'd select these:

5 PM, March 19, 1992. When I beat Mario 3(All times are Eastern Standard)
Mario 3 is one of the few things I have ever finished. It is disappointing when one of life's crowning achievements occurs before puberty, but I cannot complain. The game had it all. The levels were complex and diverse, and to get through all eight worlds required patience and all the dexterity my young hands could handle. Or at least I think, I just warped to the end with the whistles. 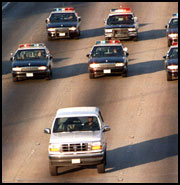 The chase was played on every station for the whole afternoon. I couldn't believe the black guy from the Naked Gun was racing around the streets of Los Angeles, but there he was, sitting in the back seat of his Bronco as it barreled down the highway. I watched the whole thing, all four or five hours. The chase marked a watershed moment in my development, as it signifies the end of my innocent childhood. After the chase came the flood of investigations, courtroom videos, racial stereotyping. The whole event ended when the verdict was read (my class stopped so we could hear the it) and I learned the role of wealth and fame in the judiciary system. I wish I could go back to a time of innocence. Also, I think this was the year that I first used the Internet. Little did I know that looking up codes for Mortal Kombat would grow (in the cancerous tumor sort of way) into the current disgusting habit. If I could go back and experience the O. J. Simpson events, I would carve the cryptic warning "don't visit goatse.cx" into my arm. 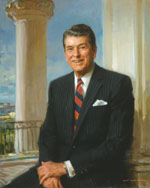 11AM, June 6, 2003. Death of Ronald Reagan
I found out about the former president's death through the morning newspaper. The news didn't mean much to me; I was too young to remember anything about his presidential career. But as I was driving to work, I saw two grown men rolling on the ground. I pulled over, and the fight had already been broken up. As the two stood next to each other, one spit on the other's face and shouted, "Fuck you, Reagan is the best-ever."

The confrontation was burned into my memory for months, and since that day I wish I could go back and just drive my car over both of them.

8PM, October 6, 1992. Pittsburgh Pirates in the NLCS
I love the Pittsburgh Pirates. But lets not beat around the bush; they suck. No, without a season above .500 for fifteen years, it is safe to say they are terrible, and every year it seems like they start the season 5- 0 to show a bright future before losing 100 games in a row. The only competition the Pirates face is with the Royals for the worst record, which the Pirates also lose. The team represents every thing I believe in, and reliving their success, no matter how short lived, would fill me with a love I haven't felt in a long time. Most people would just wait another year and hope for the best, but it is more likely to travel back in time to see the Pirates winning, than have any expectations for 2008. 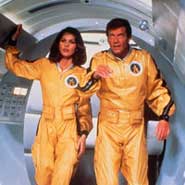 2PM, November 20, 1998. International Space Station
The Space Shuttle is the most futuristic thing to happen in my life. I had just watched a grainy VHS copy of Moonraker, and the powers of a space station seemed unlimited. I didn't know that the whole mission was hyped-up bullshit, and that it would never accomplish anything worthwhile, but it felt good to believe in an optimistic future.

11PM, November 3, 2007. Losing My Virginity
Actually, an hour is too long. Way too long. A full hour could include the awkward attempts at foreplay, me putting the condom on upside-down, and still leave fifty minutes for disappointment. Maybe I could just relive the six minutes. No. Forget the whole thing. I'll have to remember this for daylight savings time in the spring so I can wipe it out of existence.

There are so many factors to consider, so many hours to re-experience, but if I chose anything, it would probably be an extra hour of sleep.