What Are Valve's Three Big Surprises?

"I can guarantee you people are going to be surprised at stuff we do. That isn't going to stop any time soon. I'm just laughing because... people will be shocked again. ... We have three pretty big surprises in the next 12 months at least." 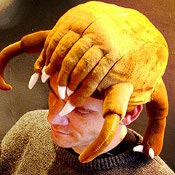 Given the company's history of hiring experimental psychologists, exploring sign language as a means of communication with deaf characters, releasing three of the best games of the past decade in a package for the price of one title, and creating a piece of software that has almost become synonymous with PC gaming as a platform, people are sort of interested in those surprises.

What might those surprises be? I have some guesses that are uninformed, highly speculative, and sure to be completely wrong. Thankfully, those are the best kind.

In still more related news, look forward to months and months of Gearbox pretending that the PC will be the lead platform, along with lots of fake enthusiasm about using the nine million planned DLC packs to "listen to the fan feedback and give them what they want", interspersed with more inane George Broussard tweets somehow being reported as news while most people can't name the lead designer of Civilization V.

Elemental: War Of Magic
Once they patch all the bugs, rework every fundamental mechanic and rebalance the endgame to get to the genuine fun that's definitely hidden away, I hope they have time to infuse the game world with an actual reason to tinker with the underlying systems. 3/10

Dead Rising 2: Case Zero
Before laying down five bucks on this you'll probably be concerned about getting your money's worth, but after you stick a lawn dart in a zombie's head with an exaggerated underhand toss you might feel like you didn't pay enough. 7/10

Mafia II
The biggest letdowns are the cookie-cutter story and the glut of reviewers who think there aren't enough side activities because they assume this is a GTA clone instead of a story-driven third person shooter that takes place in a seamless location. 7/10

Metroid: Other M
Everything you love about Metroid, with needlessly awkward controls that can be eventually tolerated and shameful cinematics that can eventually drive you to like the franchise a bit less. 5/10

NHL 2K11
Technically a hockey game, in the same way that my Lego house wrapped in tin foil was technically a science project on passive thermal insulation. 4/10