[EXCLUSIVE] BREAKING NOW: The Deep State Might Try to Take Me Out to Stop This Story 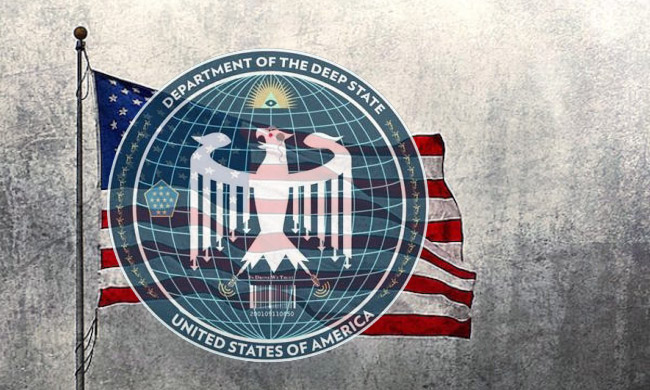 Major breaking story coming up. This is the exact sort of story that the Deep State and various other parties do not want you to know about. I have instructed my attorney to send a prepared statement to Wikileaks, the Texas Rangers, Glenn Greenwald, and the guy who does Youtube videos in front of a bust of Julius Caesar if, for some reason, anything were to happen to me before I could release this story.

This story has so much confirmed Deep State activity that it is dangerous to read. It is so explosive, so far beyond secret, that they might just kill to keep me from relating this story to you.

This will change everything. There will be a before this story and an after this story in the world. The scales will fall from your eyes and you will no longer see the world the way the Deep State believes it is, but as it actually is, like when you take sunglasses off a dog. Not so cool anymore, is he? Maybe not, but by the time I am done with this story you will believe that a Golden Receiver could catch a football in his mouth.

The Deep State has tried to stop me before. The FedEx truck drove past my house FOUR TIMES today. I have seen large Latin males walking in my neighborhood with dogs. The Deep State knows that if this truth bomb explodes there will be no putting Humpty together again. And by Humpty I mean the shell of lies that encloses the systems that sap the vitality of American freedom. They are on the run and they will stop at nothing to stop me from saying anything. They will kill. They have killed before. My father is deceased now. One day, alive and mostly lucid, the next? Flatlined by the Deep State.

Did that stop me? No. Will it stop me? Goddamn never!

This story is so big that it will send the crooked liars to prison. It's their time in the barrel and in the immortal words of Louise Mensch, "These are death penalty cases." The Overton window is wide open and my ass is sticking out of it. It's too late for the Deep State to stop me. This story is going to set the Internet on fire. Let's trend this, people #FailedDeepState. Because they have failed to silence me.

If I disappear from online before I can get this story out, you will know that the Deep State has struck and it will be your duty to make this web page go viral. I need you to send me Bitcoins to pay off my sources on the Dark Web. Once I have the full details, there will be no stopping me. 24 hours from now, you won't even recognize your baby's face, because everything will be changed and you will be looking at your baby and other babies with new eyes. Truth Eyes, given to you by me, courtesy of the Founding Fathers.

The truth is coming very soon. I will not stop fighting against the Deep State!

Stay tuned for this NEWS to BREAK.