On March 27th Adams finally posted an apology of sorts on his blog, along with a reposting of the article that started it all. The content of this apology is one of the funniest things associated with Dilbert, because it brings us to another smart thing that always works: claiming you are a master troll.

Adams' "apology" turns out to be less apology and more gloating about how he is so goddamn smart and tricked everyone into being mad at him:

I'm embarrassed to admit it, but I was enjoying all of the negative attention on Twitter and wondered how I could keep it going. So I left some comments on several Feminist blogs, mostly questioning the reading comprehension of people who believed I had insulted them. 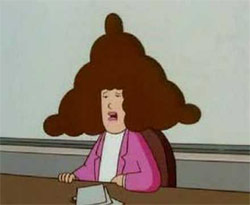 Too emotional to be reasoned with.Sure, he was enjoying all the negative attention so he trolled some more, and finally he's actually apologizing????? No, of course not, this is a fake apology. Adams manipulated us all from such heights of puppet mastery that him deleting the original article was actually more meta trolling, because of course he knew people would save and repost cached versions!

A few people appreciated the meta-joke of removing the post. If you didn't get it, read the deleted post, consider the feminist backlash, then think about the fact that I took down my post and ran away.

And to those of you who triumphantly scrounged up a copy of the deleted piece from Google's cache, republished it, and crowed that I don't understand how the Internet worked, I would politely suggest that perhaps I do.

Unfortunately, Adams betrays his true feelings (or ultra, nine-dimensional mega-meta puppet mastery) by sticking to his claims that his original article was "a piece that mocked the Men's Rights Movement." Actually, the point of the original article was to validate and sympathize with all the Men's Rights idiots (they are idiots, this is how I really feel, not a meta troll, btw) and then tell them to stop being "pussies" because women are retarded babies and it just works better if everyone shuts up. He repeatedly stresses this was the true point along with some twisted logic about emotional issues not being worth arguing about. He doesn't realize this is still the same repugnant point he was making before his master troll started. He's sticking to his guns, and why not? Scott Adams is a fucking moron who doesn't believe in evolution.

Adams ends his master troll apology by doing the actual apologizing. It's the usual sort of "I'm sorry if anyone misunderstood and was offended" sort of non-apology that politicians make after they accidentally blurt out their real feelings about a minority group. "It's your fault for misunderstanding my words you stupid idiot and I'm sorry you're so dumb and emotional."

So what will be the effects of this controversy? Scott Adams will probably be more careful with what he blogs, up until he just has to get something really stupid off his chest. Feminists, who happily ignored Dilbert for decades, will now dislike Dilbert for a month or two and then forget about him again. Adams' audience of Men's Rights douchebags will get over their hurt feelings and continue to patronize Adams' website, because there is literally nowhere else for aggrieved misogynist nerds to gather on the Internet.

The rest of us will continue to wonder when Adams will strike next and entangle us in one of his multi-layered mega trolls. Or are we all in it already!?