If the Canadians Betrayed Us and Other Alternate D-Day Speeches

Supreme Allied Commander Dwight D. Eisenhower was so concerned about the success of the June 6, 1944 D-Day landings that he famously drafted an announcement to be read in the event the landings failed. The speech was short and to the point:

Our landings in the Cherbourg-Havre area have failed to gain a satisfactory foothold and I have withdrawn the troops. My decision to attack at this time and place was based on the best information available. The troops, the air, and the Navy did all that bravery and devotion to duty could do. If any blame or fault attaches to the attempt it is mine alone.

Less known is that Eisenhower liked to plan for all contingencies. He prepared several additional drafts of his D-Day speech to be read in the event that circumstances in Normandy took alternative turns. 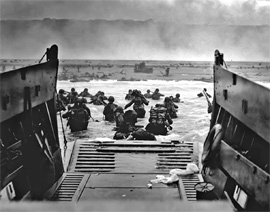 To be read in the event of so-so invasion landings:

Our landings in the Cherbourg-Havre area have gone O.K. They are not going to be winning any amphibious invasion pageants, but it was not a total disaster. Things are just a little dicey. This was my idea, the troops did not come up with this on their own, so if things go poorly from here on out that is my fault. On the other hand, if everything works out, great, I am happy to share the credit.

To be read in the event of failure that did not matter in the long run:

You may have heard by now that our landings in the Cherbourg-Havre area have failed. To that I say, "So what?" The Germans are gravely mistaken if they think they can stop us. Nobody has even invaded America. We have fifty million guys ready to die. All of our cities resemble postcards and our factories are churning out tanks and planes so fast we are giving them to the Russians. We do not even like the Russians. So when you hear Hitler bragging about blowing up a few ships and killing a couple thousand Americans, I suggest you shrug. I believe one billion people have died in Russia. This D-Day thing failing is one bad day for them. Also, I am really not supposed to say this in a speech, but the atom bomb is months away. Put it this way: about this time next year the Germans are going to wish D-Day worked.

To be read in the event of success that was undeserved: 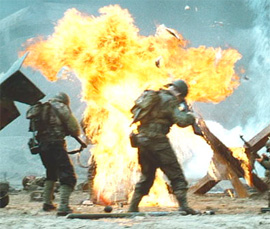 Our landings in the Cherbourg-Havre area have succeeded in our objectives to gain a foothold on the European continent and push back the Nazi occupiers. Victory came at very little cost and after almost no struggle. Did we earn this victory? No, I do not believe so. Our tanks rolled right over them. Barely a shot fired. We had guys with flamethrower backpacks walking ashore and I don't think a single one of them got blown up and walked around on fire. At the end of a hard-won game, even the losers can sometimes say "good game." Nobody is saying "good game" about the score we just ran up on the Germans. The bleachers were empty at the half. It was embarrassing. A cakewalk. No lessons learned. All in all, I did not want things to go down like this.

To be read if the troops proved to be cowardly:

Our landings in the Cherbourg-Havre area have failed to gain a satisfactory foothold and our yellow-bellied troops are running scared. I told them to attack and they blew it. The timing was perfect, the plan was great, but I had never taken account of what a bunch of jelly-backed wimps we had trying to pass themselves off as proper soldiers. Half the ships sailed off to South America. The air planes flew off to God knows where. Most of the troops just sat down on the beach and said to heck with it. It was a disaster and I refuse to take the fall for these cowards. 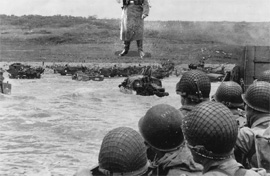 Our landings in the Cherbourg-Havre area have failed to gain a satisfactory foothold and I have withdrawn the troops. It turns out the Nazis are nine feet tall. Shoes like canoes and heads as big as roast turkeys. They are squishing our troops like bugs. They carry around bazookas for pistols. No way can we whoop the krauts with these pea shooters. It is going to take some sort of air pumps or growth serum injected into our three foot tall troops to give our boys a fighting chance.

To be read in the likely event of a Canadian betrayal:

We should have known this was coming. The dirty Canadians have shown their true colors today during our landings in the Cherbourg-Havre area. No sooner had their boots come ashore than they pulled off their patches and put on swastikas. They said "soory" and ran straight to the bunkers to embrace their Nazi brothers, then turned the guns on us. If there's anything lower than a Canadian on this earth, you would need to dig a hole straight down to find it. Time to bomb Saskatoon to hell.

To be read if the invasion force disappeared in a Bermuda Triangle scenario:

Our landings in the Cherbourg-Havre area have mysteriously disappeared. Everything seemed to be going fine and then we heard from the first bombers that they saw a mist. Then the radio went silent. Ships reported their compasses going all weird and vanished one by one into the fog. Only a single destroyer came back out of the mist and there was nobody on it. Just an empty ship drifting back towards England. What happened to our Normandy landings? We may never know.

The "When You Want Something Done Right" draft: 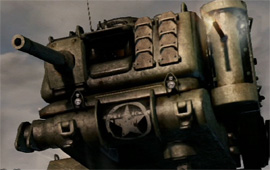 Our landings in the Cherbourg-Havre area have failed to gain a satisfactory foothold and I have withdrawn the troops. They pulled a real boner, but this is far from over. I have ordered my personal submarine gassed up and I am heading over there in my battle egg. I should have known the troops, air force, and Navy could not hack it. They do not have the balls to do what has to be done. The plan was complicated and the fight was hard. Now it is time for me to sort this all out myself and if I fail, well, I will see you in hell.

The most secretive draft was Eisenhower's infamous cussing version of the speech:

Shit ass! Our landings in the Cherbourg-Havre area have failed to gain an asshold and I have withdrawn the shitty ass troops. Fuck! Assss! My decision to attack at this time and place turned out to be pretty shit ass even though it was based on the best ass information available. The ass troops, the shitty ass air, and the goddamn ass fuck Navy did shit all that bravery and devotion to fucking shitty ass duty could do. If any fucking blame or ass shit fuck fault attaches to the attempt it is fuck fuck fuckity ass mine alone, bitch ass cunts.

The events of a single day can lead the world down dozens of different paths. Particularly if the Germans are giant and our soldiers are the size of Hobbits.