All the So-Called 'Blatant Eroticism' in My Stories Has a Valid, In-Universe Justification

To the editors of Astounding Science Fiction, 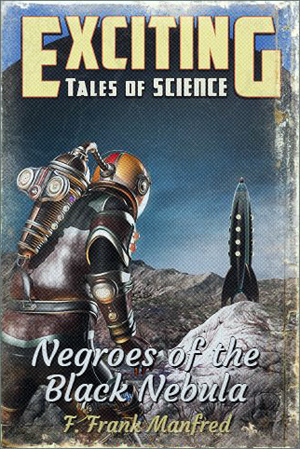 Over the years I've had many stories published in your fine magazine, including several that are now considered classics by your more discerning readers (Savages of the Red Plains, Battle of the Sky Knights and Love over Saturn to name a few). Naturally I was shocked when I learned my latest manuscript, The Crystal Sentinel, had been rejected, with certain scenes deemed "gratuitous" and even "pornographic."

While I do not deny that my work contains sexual and even erotic elements, they are fully justified not only artistically, but also within the context of the story. I have always prided myself as a writer who is not afraid to challenge the conventional mindset. Whether it is portraying interracial cooperation (Negroes of the Black Nebula) or championing the cause of Women's Liberation (The Amazon Planet), I have never been intimidated by social taboos. I think that if you approach The Crystal Sentinel with an open mind, you'll see that it espouses the same enlightened spirit as my previous works.

After reading your notes, I would like to address a few of your more egregious complaints:

Sylvia Goodeheart strips down to her bra and panties to wrestle the Amazonian Queen.

The Amazonians, as established in my story The Amazon Planet, respect combat prowess and purity of spirit above all else. By wrestling half naked, they pay homage to both these virtues by displaying their battle-forged bodies while preserving as much modesty as their society deems necessary. The gelatin in which they wrestle is symbolic of the fluid nature of battle, a concept the Amazonians call "akgor-gra." 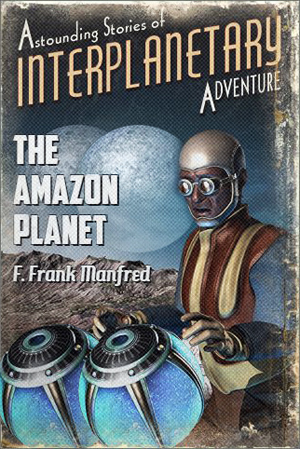 The Space Lion's eye beams burn off Sylvia Goodeheart and Vivian Steele's flightsuits, leaving them nude without harming them.

The flightsuits of the Earth Galactic Squadron are composed of silicronium fiber, an advanced material designed to channel radiation around the wearer, protecting them from cosmic rays and other dangerous phenomena. The Space Lion's power source is well established to be a form of "synthetic cosmic energy," and the beams he fires from his eyes are nearly identical to cosmic rays only many times more intense.

It's only natural that the EGS MK IV flightsuits would be designed to ablate when overloaded with energy, especially considering Tomaro's unfortunate and grizzly death in Moons of Gold, when his MK III flightsuit was repeatedly blasted with level eight cosmic rays and the energy was vented inwards, incinerating him over the course of several agonizing minutes.

Sylvia and Vivian must then perform a naked "walk of shame" through an alien bazaar to get back to their ship while crowds of strange creatures jeer and throw garbage at them.

As a science-fiction author, I'm often required to "step outside" my own perspective and examine the world from a different, potentially alien point of view. During these musings, it occurred to me that to an alien being, the human body would look somewhat ridiculous, teetering as we do on two scrawny legs, and growing hair only in seemingly arbitrary patches. The scene is a satirical deconstruction of our human ego. Getting covered in flour, egg yolks and spoiled yogurt is powerful imagery in any culture.

When Sylvia Goodeheart dons the Pendant of Life, her breasts grow to four times their previous size.

The Pendant of Life is a potent source of pure Life Energy. The female breasts are first and foremost organs of nurturing. It is only logical that Life Energy would accumulate within them in the manner described. This phenomenon also covers your subsequent note about the moistening of her nether regions and sudden urge to procreate. What other effect would you imagine Life Energy to have? 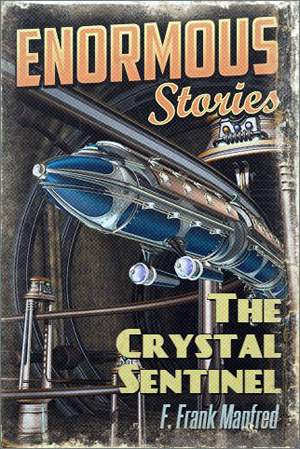 The Crystal Guardian is only defeated when Vivian Steele strokes a phallic object jutting from the guardian's crotch until it ejaculates.

"Ejaculates?" Get your mind out of the gutter. The "phallic object" is an externally mounted coolant module, and the friction from Vivian's rubbing imparts enough heat that it ruptures, releasing its viscous coolant fluid. Sometimes a cigar is just a cigar.

I can't believe I have to explain political satire to the editors of a major publication. Science fiction is more than just a cheap avenue of escapist fantasy; it is a way to confront the issues of the present day through the lens of tomorrow! The editor of a science-fiction magazine has to be brave enough to stand up for artistic integrity.

I hope my letter has convinced you to make the right decision for Astounding Science Fiction. If we cannot come to an agreement about The Crystal Sentinel, I hope I can still interest you in my next thrilling tale: The Groping Tentacles of Olgotho.

Always onward to the future!

Thanks to SA's Photoshop maestro Palpek (and our old pal the Pulp-O-Mizer) for the book covers!