Everybody catch the crazy!

Join Me In My Maddening Descent Into Insanity!

NO! Don't believe these lies!8:00 AM. Wednesday, April 10th. I'm sleeping in my bed peacefully, sweet as an angel who was bashed in the head with a tire iron. Due to various circumstances, one being the fact that I am an idiot, I had gotten to sleep at about 5:30 AM and thusly was hitting the sleep doubly hard as usual. If sleep were a battered wife, I'd be some genetic recombination of OJ Simpson and Mike Tyson in a perpetual drunken rage. I was looking forward to getting at least 6 hours in before I had to wake up for class later in the day. All of a sudden it happened...

To you clever jokesters out there, this was not the sound of my ass being banged by a large, possibly masturbating man. Instead, I was ripped out of my slumber by the terrifying sound of mystery. "Oh shit!" I thought to myself. "My house is being attacked by inconsiderate, sleep-interrupting meteors or possibly Godzilla! Or maybe both!" While this may seem like a stupid theory, it was the most plausible explanation I could concoct with LESS THAN THREE HOURS OF SLEEP IN MY SYSTEM. So I started to panic in a way that most men fear they never have to. I began to go into little girl wetting herself mode.

"I have come to tear down your roof, and also your filthy capitalist ecconomy!"Immediately I jumped out of bed. I was covered in a slick coating of sweat, tears and urine, running around in a circle, and crying to myself. Armageddon does funny things to a man...yes, things even funnier than Drew Carry's stand up comedy act. In fact, let's all take a moment to sit back and chuckle at the kind of things imminent death can make someone do. Ha ha, especially to those leukemia kids! Anyway, getting back on the path to insanity, I was going absolutely insane. All of a sudden, I hear a voice on my roof muttered in Russian of Czechoslovakian or Rakchs@e^tje*0ian (I forget exactly how that last one was spelled. It may include an ampersand in there somewhere), and my mind began to go into a different direction: My house...nay, my COUNTRY was being invaded by the Soviet Union. "Only a fool would believe they disbanded!" I thought to myself, and I began preparing my strategy as a one man army. This would be about as successful as my one man band or my eight member barber shop quartet. When I realized I had the athleticism and bravery of 100 crippled draft dodgers I gave up on my new plan. I had thought all was lost when, through the horrible pounding, I heard a rap at my bedroom door. No, it wasn't Kool Mo D, although he surely would've been able to save the day. It was actually my mother, someone who I've had a close affiliation with since the day I erupted forth from her vagina.

She informed me that, in fact, I had soiled myself needlessly. The banging on the roof wasn't World War III, nor was it space rocks, monsters or the hit CD "Monsters of Rock." It was only the men who came to fix my roof, who are no more threatening than a group of friendly neighborhood gypsies. Of course, it makes so much sense! 8 AM is the perfect time to loudly and uncouthly tear the roof over someone's head to shreds. Why didn't I think of that? I came to a realization the moment I realized this. Fear wasn't the emotion that would drive me insane. It was PURE, UNFILTERED RAGE that would be my downfall! Oh, what a world it is when large, burly, possibly masturbating Russian men can plant themselves on your roof at an ungodly hour and begin hacking away at it! Why, there could be men right now rappelling down onto your house from their roof-repair gyrocopters, just ready to wake you within hours of going to sleep.

Needless to say, I wasn't happy about the whole incident. I'm a man who likes my sleep. I'm also a man who likes long walks on the beach and Fark.com's recent name change to "Drew Curtis' self-indulgent house of mirrors for Drew to admire himself in, and also some news." Back to the sleep though: I need exactly 37 hours of sleep per day to function. If I don't get these hours I become an unpleasant monster, like a werewolf but uglier. Add to that the fact that there is not a spot in my house where I can evade the horrible rhythmic pounding noise, and you'll realize the extent my insanity is beginning to reach. I'm now like that guy on TV that talked about how crazy he must be due to savings and value, who then went home and shot his whole family, and his dog, and his dog's family. You know, what's his name. Carl Winslow or something.

Insanity is enough to drive a person nuts! It's just this wild, indescribable experience which I will now foolishly, crazily attempt to describe. Just picture yourself doing things you normally would never do, like ugly chicks. Then picture yourself moving from one state of mind to another, hearing voices that tell you things like how ugly you are while still remaining fairly pleasant sounding, like being yelled at by Bing Crosby. Next, think about understanding things like the Timecube or Fox's descision to cancel the Family Guy. Sound cooky enough for you yet? Finally, take all that information I just told you and forget about it, because going insane is just crazy like that! 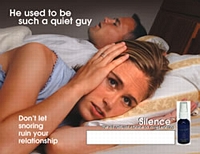 This woman's dilemma is similar to mine, except in addition, she is sexually unsatisfied.So this brings us to the present time. It's 10:02 AM, Eastern Standard Time when I'm writing this paragraph. But for me, it is CRAZY TIME! I'm having hallucinations about writing with gumdrops and eating pencils. YOU DO NOT EAT PENCILS, FOLKS! THAT IS CRAZY! Unlike the glue that bears the word crazy in its name, I am not a skin or eye irritant, so feel free to rub me into any orifice on your body. Rather, I am an irritating personality, and until the hammering stops and I get some good, old fashioned sleep in my airtight oxygen / nitrogen bubble, I will continue to be insane and annoying. If sleep is for the weak then I now have the strength of a hundred men, or thirty great bears! I will destroy all that I see in my insomniatic rampage! Watch out, for the next time you hear a rhythmic, sleep-interrupting pounding on your roof, it could very well be me, coming to claim my vengeance on mankind for interrupting my one thousand year slumber! Possibly while masturbating!