Wow. It's amazing how far logos have come.Google has done a terrible thing.

Though Google's corporate motto is "Don't be evil" they've released a terrible, sinful evil unto the world this past week. As part of the celebration of the search engine's tenth anniversary Google is making available their earliest index from January 2001, and it has the potential to turn our modern Internet world upside down.

It was a simpler, more optimistic Internet back then, when a search for VRML resulted in "VRML: The next big thing!" not "VRML: What went wrong?" On Internet 2001, searching for "Facebook" results in information about actual facebooks. "MySpace" refers to web hosting companies. "YouTube" returns zero results, the way it should be.

Internet 2001 wasn't perfect. But when I discovered that Internet 2001 only returns 6 results for "Ebaum's World" and Internet 2008 returns nearly 4 million, I wanted to bash my head in. In remembering this old Internet I've fallen into an equally old habit. I've started drinking again. Four years of sobriety down the drain. Thanks Google.

Internet 2001 is a topsy turvy world where a search for Yahtzee actually returns results for the dice-based game by Milton Bradley. It's amazing to me that a guy who posts videos of himself reviewing video games is now more popular than a classic game invented in the 1950s, according to a Google search.

Such is the power of the Internet celebrity. 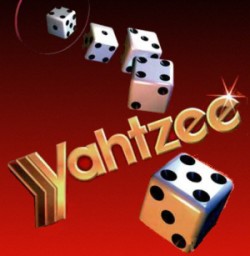 Sorry Hasbro, there's a new superstar in town.Ben "Yahtzee" Croshaw's rise to Internet fame is typical of many Internet celebrities. There is a period of discovery which evolves into a period of popular and in some cases financial success. Then there's backlash, usually in response to some kind of change or perceived drop in quality. Finally the downfall begins, which few Internet celebrities survive.

I found out about Yahtzee on the Something Awful Forums, where everything on the Internet is either invented or discovered, beaten into the ground, and made bannable to ever mention again by arbitrary, undocumented rules. The OP (original poster (guy who started the thread (faggot))) had this say when introducing Yahtzee to the Gooniverse.

The Games forum goons' collective ears perked up at the fact that these were indeed hilarious video game reviews, and what do you know, they're done by a goon!

A goon that hasn't posted on the forums since July 22nd of this year. When it became apparent that old Ben wasn't ever coming back, the backlash began. It was hard enough when CliffyB broke our hearts. But now you too, Yahtzee? Hell hath no fury like a big gay goon scorned.

The first wave of complaints came when the intros and outros for the video reviews were changed from clever, somewhat insightful musical pairings to a generic rock and roll introduction. Yahtzee claims he wanted to make the videos look more professional and others speculated that he wanted to avoid any litigation by the owners of the songs but goons were having none of that.

A forums civil war broke out with posters arguing about the intro change for roughly 40 pages. Rosacea grew to critical levels before the Games goons found something good to eat. Very little was said about the actual content of the reviews. Time, however, would take care of that.