Emergency Budget Hearing for Funding of the Battlecruiser Golgothus Imperator 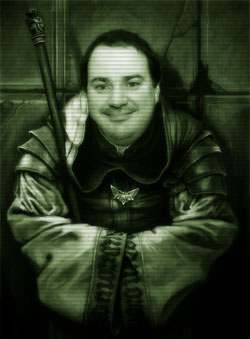 Admirals, generals, planetary potentates, war wizards, ultro moffs, grand bursars, mecha-notaries, and master penmen of the holy order of battle scribes, thank you for attending this meeting of offices of the Human Hegemony. I know it was a long trip for those of you coming from the Oracular Nebula. I appreciate it.

For those of you who are receiving this transmission in your communichairs, I appreciate your time as well. I know your duties may not allow attending all of these meetings in person.

I have called you all here from across the space sector to discuss my concerns with budget overruns on the construction of the new battlecruiser HHSS Golgothus Imperator at the Cadbury Shipyards. Nobody wants a repeat of the HHSS Byzantine Scimitar fiasco. Per our agreement of last year all warships built for the endless struggle against the Zondorian armada were to be overseen by my office and to adhere to strict streamlining and budget requirements.

As it stands now the Golgothus Imperator, budgeted for 1.1 trillion credits, has currently cost the Space Navy an estimated 5.2 trillion credits. And that's just an estimate. Money is being spent so quickly and by so many different parties it's hard to be sure how much has gone out of our coffers.

First, I would like to remind you of the initial, agreed-upon design for our latest flagship. You can see it here in slide number one: 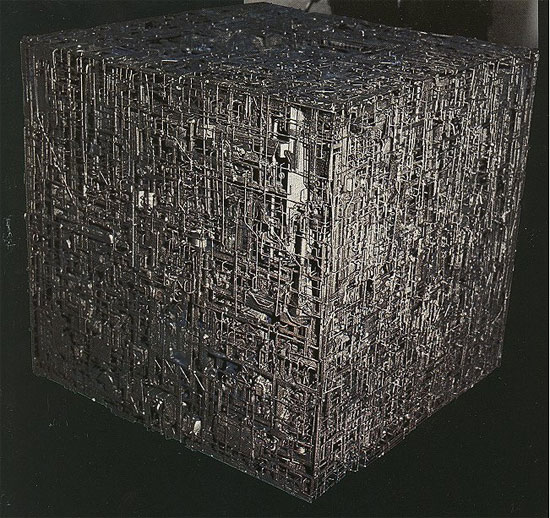 You remember this stuff, guys? We had like 20 meetings on it and voted three times and everything. Doug, your Blessed Electric Union of Star Engineers said a cube was the best compromise from an optimal spherical design. Charlie, you and the admirals agreed that it would have superior firepower no matter which way it was facing. Any of you guys remember these discussions? Anybody?

Okay, now I would like you to have a look at slide number two showing the current design of the Golgothus Imperator:

Here we see how we're moving away from the cube design we all agreed to back in March. I understand this is war and we're talking about a really complex machine here, I understand design compromises, but there's no excuse for such a fundamental shift in the...well look at it. It's five times as long. Now we have a number of duplicated systems just to keep up with the performance of the previous design.

As you can see the actual cost is running at about 600 times our budget. That's almost a trillion on embellishments alone - almost the entire original budget. No, Supreme Morale Ordinator Tammy, I have the ring of speaking. I would like to have a chance to finish my presentation and then you can say whatever you'd like.

If I could I would like to take a quick look at some of these embellishments. I just picked out a few that stood out. 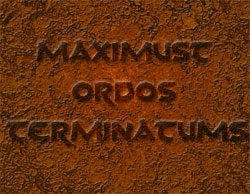 1.9 billion credits Maximust Ordos Terminatums carved into an armored placard wrought from the bridges of a dozen vanquished enemy warships. That phrase doesn't even mean anything. Our enemies can't read it and feel fear because it doesn't make any sense. Someone is making up words and spending 80 million credits per 500-foot letter to make a placard.

2.1 billion credits. Incense burners for the dozens of superfluous vaulted chambers added to the blueprints. These things started a whole chain reaction of cost overruns, from the ship-wide addition of incense alcoves to store incense, to a major overhaul of the ship's atmosphere scrubbers to remove all the smoke from the ventilation system. This is also a serious fire hazard, particularly when we include the next item.

130 million credits Giant tapestries woven from exotic materials. What's an Amphippian Hippolion? Dunno, but they are just one species that seems to have been hunted to near-extinction for their pelts considering the 48 miles of tapestries made from their fur and hung throughout the ship's many "Battle Chapels", "War Cathedrals", and "Tactical Confessionals." 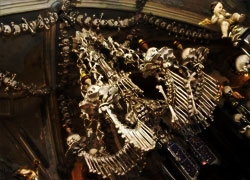 250 credits for each skull doorknob. Every hatch and door in the ship was originally designed with a standard utility doorknob. These are similar to the doorknobs the Zandarians use on their vessels. Very effective doorknobs. Only about 9 credits each. Instead the plans were overruled by someone with an illegible signature and the ship was outfitted with skull doorknobs at 25 times the cost per unit. Ladies and gentlemen, there are 650,000 doorknobs on this vessel.

9.5 million credits An ossuary. There is no reason for there to be any skeletons anywhere on the ship. This is a new, modern warship. Which brings me to...

600 million credits Paneling the bridge in bones. I had no idea there was such a thing as "bone planks" or "pelvic columns" but these are just a couple of the wonderful construction innovations brought to turning the bridge of our newest and most advanced warship into some sort of haunted house party. Accompanying this "update" was the removal of previously-installed lighting on the bridge and the inclusion of a dimmer switch and "battle fog generator." Should I transmit a howling wolves and bats sound file to play on the intercom? This makes a mockery of the Navy.

In closing, I would like to offer my angry resignation. This project is headed for disaster and whoever is left in charge when the bill gets back to earth is going to be facing a lifetime in an excrutiator chamber. I think I've had my fill of full-body excrutiation in these pointless hearings, thank you very much.

Supreme Budget Interlocutor Lucifus Bogman is OUT. Good luck without me.