The Museum of Hollywood's Ball Busting 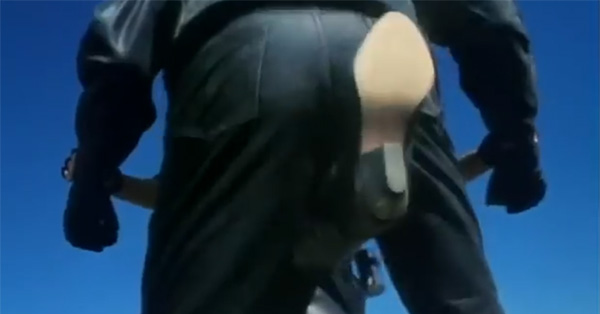 I have visited the greatest museum in the world. It is not in NYC, it is not in Paris or London. It is not even real, instead existing on YouTube as a masterful collection of Hollywood movie clips where gals kick dudes in the groin. It is curated by lone contributor Dom Matrix with the meticulousness of an art historian and the heavy breathing of a fetishist. It is high budgets and low brows bouncing back and forth on a squeaky mattress.

Here is someone’s jollies hiding in plain daylight. In the world of the internet, this is nothing new. But remember that they could have been in the same theater beside you enjoying the film in a totally different manner. What you call entertainment, they call entertainment—but in a wavering voice, lips moist with spittle. If your childhood went a little different, this could have been you. Can you imagine how you’d have grown up if you found about this in middle school? That as a child, instead of hoarding a bent-up Playboy, you could have just enjoyed a hot scene in, umm, Eight Crazy Nights? 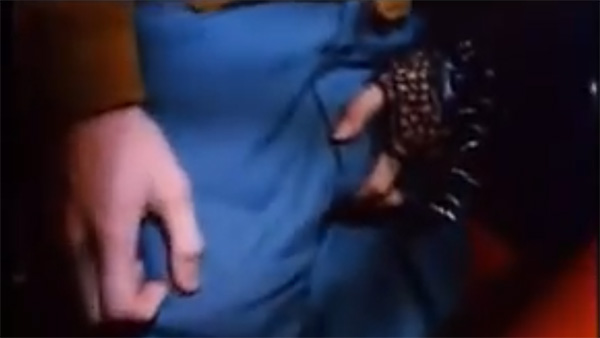 Dom Matrix understands ball busting on levels you cannot imagine. Like Neo, he/she/it scans the b-movie landscape for sight gags we would certainly miss. “Ball busting is everywhere,” Dom Matrix seems to say. “It transcends the literal boot in nuts to become the bullet in Ben Stiller’s crotch, the corporate language in Erin Brockovich.” Ball busting becomes a way to see the world. So when Dom Matrix brings us 22 agonizing seconds of Daddy Day Care for a poorly acted sight gag, all we can say is “thank you.”

Sure, it's not perfect. The videos are in a quality usually limited to .gif format, giving the action a notable PS1 cutscene level of detail. And though it is outside the traditional power structure, I'd personally like to see some non canonical additions like Spaceballs. Still, overall, the best exhibit I've seen in years.

But there is a dark side to this. Did Dom Matrix ever imagine that a kink usually left to backrooms and private browsing windows would follow up on YouTube with suggestions for Dota2 Fails of the Week? That a Samsung advertisement would flash on the screen while some punk-ass buster had his jewels crunched? What happens when a fetish goes commercial, when the thrill becomes commonplace? Every day there are more and more imitators taking the red pill and joining the cause. Sure other YouTube users like Femme DomFan and fatallowblow are far behind in content and quality for now, but will Dom Matrix still find pleasure in ball busting once it’s mainstream?

The Museum of Hollywood’s Ball Busting is open 365 days a year. Cost of entrance: clicking Skip Ad and a willful abandonment of your browsing history.