After eating the sandwich I brought him, the first thing E.T. told me was that his father called him "Ball-Head" because his "head looks like a pair of testicles." It did not take much more than that to see that there were numerous family problems that plagued the once blossoming star from an early life. Due to his adorable looks, E.T. was forced into acting for the sake of making money for his parents. E.T. felt that acting could be a means to escape his abusive family. It was not. Within eight months, his parents, constantly high and entirely uneducated, lost everything E.T. had earned by buying stock in Michael Jackson's album Thriller. If it weren't a scam and if Wall Street actually dealt with album sales, they would have made a killing. Instead, they were left with less than what they started with. 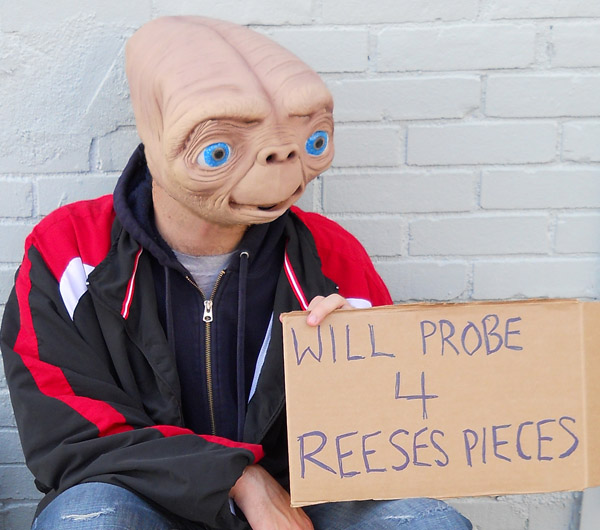 As the audience watches E.T. waddle around and eat handful after handful of Reese's Pieces throughout the film, they are actually seeing the first signs of addiction. Though the script only called for the star to eat three candies, Spielberg agreed to change the script after E.T. said that it would be more believable if an entire bag was consumed. By the end of shooting, E.T. required three hundred Pieces a day. The candy was, unlike acting, a way for E.T. to escape the trauma of family life and his early struggles with his sexuality. Nearing the release of the movie premier, rumors began to circulate Hollywood that the star's addiction caused numerous delays and altercations. Drew Barrymore later reported that her cat was crushed to death by E.T. after she tried to take a couple candies. 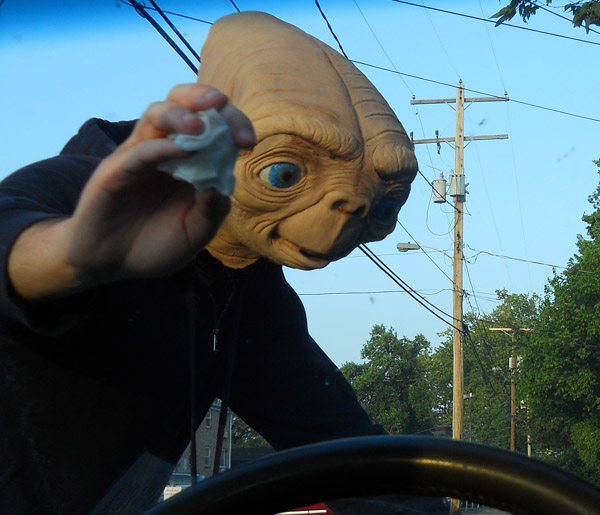 Though his touch with fame was brief, the constant pressure of his parents was constant, and by the mid 90s, the once adorable actor was stuck as the soul provider for his family. Unable to find any roles in Hollywood, E.T. had a brief stint in the adult film industry, staring in such films as Alien in Uranus, Anal-ien, and Ball-Head the Butt-Master. After his father suffocated after purposefully choking on a Big Mac for a chance to sue McDonald's, E.T. was left with more money and less responsibility. For the first time in his life, E.T. planned to have fun, and he and his porno friends got into a car and headed to the club. Seven months later, E.T. woke up in an Omaha hospital with hepatitis and a fractured skull. He had no memory of what happened, how he got there, or where his money went. After being discharged from the hospital, E.T. hopped from state to state and job to job in an elusive search of a happy life. For a brief time, he wore women's clothing and only answered to Etna. But now, nearly thirty years after his movie breakthrough, he seems to have hit rock bottom.

He insisted throughout our conversation that "the world hadn't seen the last of E.T." And, deep down, I thought he is right. There was a slight chance that he cleans up his act and stars in another blockbuster, but with his life in constant freefall, I expected to see him on national news after breaking into Michael Jackson's Neverland Ranch, trying to get back the money that was stolen from him as a child. Unfortunately, the most likely scenario is also the most depressing: he dies in obscurity, completely forgotten by those he once dazzled.

After kneeling against a brick wall for an hour fantasizing about his optimistic future, E.T. politely thanked me for the sandwich as he began packing up his belongings. I tried to give him a few dollars, but he just shook his head. Money was no good to him. Only one thing brought him happiness, and when I glanced into the cap he used to collect change, I knew that that night he'd be too high to try and return home