VFX Animator Broke Down and Cried Over "Hobbit" Green Screens 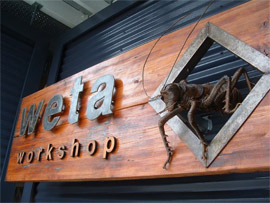 "When I decided to become an animator it was always my dream to work on a big motion picture. I thought I would get to create a race of strange aliens or maybe do a cool scene where a guy gets cut in half by a katana and his guts sort of slide out. Or maybe a huge space city. But this," Roland waved his hands at the scene being animated, "is bullshit. I'm making people seem shorter. I'm using million dollar computers to pull a fucking Dorf trick."

The animator, who has devoted over half of his adult life to rendering glistening orcs, scary goblins, and spooky wraith cloaks, became upset after he had to spend over 1,000 hours animating hobbits and dwarfs standing around Gandalf.

"Yeah, we've got tennis balls and posts with their stupid fucked up faces on them and Gandalf has to act with them. I'm sure that's no picnic either, but then I have to laboriously insert these dumb fuckers in their goofy hobbit costumes and composite all the effects to make it look like they're about two feet tall next to Gandalf."

Roland added, "I have two sons at home. I can't go home to them and say, 'Daddy spent all day making a bearded fat man look the size of a toddler.' I feel like I want to die."

Roland wasn't the only one with complaints about Jackson's production. Randrew Wells, who played one of the goblins, complained bitterly about long hours wearing makeup prosthetics and standing in stagnant water full of bugs. 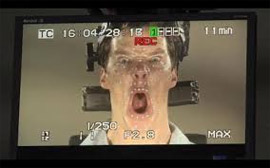 "I caught two different fungus infections," explained Wells. "One on my feet and the other on my bollocks. My line was 'AAaAaaahhh!' which I yelled in a wide shot as I ran off the screen. My face was covered in rubber and my name doesn't even appear in the credits, only in a book that will be included with the collector's edition DVD. It's a living, but not much of one. At least I'm not one of the poor fuckers animating this."

"The shitest part," said animator Roland, "was that my friends [at WETA] were animating a dragon. They have Cumberbatch making stupid faces and they turn them into Smaug. They have four different people just animating the eyes of that thing. Do I get a crack at him? No. I get notes from Peter, 'Scale down Bilbo another 5%' or 'Try to cut the reflection off his forehead.' What a joke."

Gandalf actor Sir Ian McKellen broke down and cried on the set out of frustration with acting by himself against a green screen.

"Yeah," said Roland. "That was a rough day. I had to edit all that out and make him 10% larger. Did you see the first one? It looked like shit. Like a home video of a cosplay convention. I have nothing to be proud of in my life."