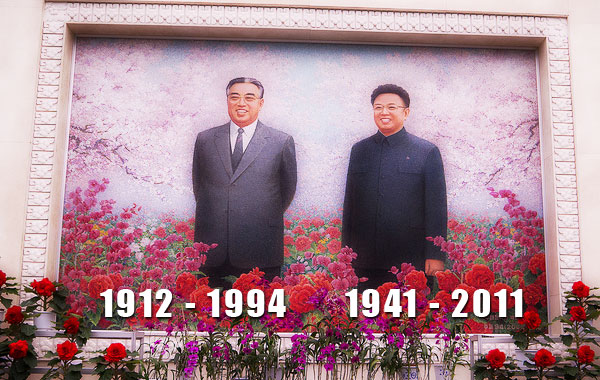 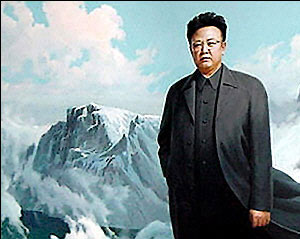 Pyongyang Truth of News Agency - In a worldwide tragic event, Supreme Leader of the Democratic People's Republic of Korea, General Secretary of the Workers' Party of Korea, Viceroy of the People's Korean Beautiful Man Solution, Grand Admiral of the People's Korean Sailboat Club and Chief Judge of the Workers' Best Guitar Solo Contest, Kim Jong Il, has died at the age of 70. He was the oldest man in world.

Dear Leader collapsed over the weekend in the act of saving our great nation from the West. Doctors say his heart gave out from the intensity of his victory over USA. Doctors attempted to revive Kim Jong Il but could not because his triumph was too complete.

"He would not wake up," sobbed a doctor as he was placed into a prisoner van. "If only he had been alive to tell us how to save him."

Dear Leader was known as a hero of healing and could pass through sickness areas of hospital and force even dying people to rise from their beds for the first time in many years to stand and salute him.

Alas, health was a problem for Kim Jong Il recently. He has been suffering from frequent exhaustion caused by his work. In 2009 he was briefly believed dead after he was crushed under too many flowers given to him by beautiful girls of the Party. In 2010 he suffered another health crisis when he was too good of a lover for too many women in one day.

"I can believe this is really happening!" cried a permanently visiting Japanese actress. "Now who can direct bikini scenes in my movie? He was so expert!"

"We will need twice as many tanks," said General Kun. "This is the only way to make up for Dear Leader's strength in defense of our nation."

Kim Jong Il leaves behind a record of achievement nobody on the planet can match. Just a few of his accomplishments:

As our supreme nation mourns the loss of this legendary hero, we are consoled knowing that Kim Jong Un, son of Dear Leader, is to be the Great Successor. To remember his father he has promised to give everyone a grain to eat. Share this grain with your loyal family in a feast of remembrance.