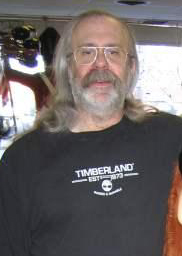 The true face of evil is as terrifying as it is bearded.In Cleveland, there is a gremlin named Marc. He sells furniture. Sure, Marc is no different than most furniture-selling gremlins, except for the fact that this particular gremlin has a series of commercials. Commercials that make women barren. Commercials that turn children into rapists and murderers. Commercials that make you doubt your sobriety, even if you didn't just end a tear-filled telephone call to your ex-girlfriend. Marc's 30-second late-night nightmare fuel has made him part of Cleveland's "local color," which means that everyone is making fun of Marc without him knowing it - sort of like when William Hung graced the American Stage and our country was delivered an Asian stereotype we hadn't seen since Mickey Rooney in Breakfast at Tiffany's, or even Jim Nabors in Disney's Herbie the Love Bug Meets a Gook.

If only these people knew the power this dark spectre of furniture holds.


I come to you today because it's unfair for Marc Norton to be shared with only the seventh most dangerous city in America. And even though I view his half-minutes of spooky hate and rage from the safety of my home in the ninth most dangerous city in America (a mere 75 murderous miles away), it would be a shame if the works of Marc Norton were not witnessed by the Something Awful audience - whose trips to the corner store are hopefully unlike mine, which resemble speedruns of Contra. Keep in mind that in order to showcase these commercials, I must employ the greatest resource that the Internet has ever known: YouTube. So if you happen to be viewing this article one day after it's published, keep in mind that the nature of YouTube means that these videos can go down or get replaced with Naruto anime music videos at the drop of a hat. That is why you should treasure this evil while you can.

To begin, we must start slow with the sanest commercial of the bunch:

Meet Marc. Or as he calls himself, "Maaaaahhkkhhkkhhkk." Internet research has provided me with the fact that Marc Norton, Furniture Gremlin was kicked in the throat as a child, possibly for having a ponytail. So that accounts for his ghoulish voice. But it doesn't account for the fact that he delivers dialogue in his commercials like a kidnapper talking to parents distressed about the state of their child's butthole. Note that Marc's karate stance is not just for the purpose of this commercial: in each spot he looks like he is powering up for some special move too expensive to animate into Dragon Ball Z.

You may have noticed that Marc's theme in these commercials seems to be "Help, I'm surrounded by crazy shit!" But what the audience doesn't know is that he is in control of the souls these coarse porcelain and wax bodies hold. Turnabout is fair play, my sweet gremlin.

Marc Norton is clearly flaunting his demonic powers to the authorities who have tried for the last decade to stop his reign of cruelty. Why else would pentagrams envelop this commercial like a sandwich of sheer terror? But we all saw what happened to the last cop to investigate Norton's Furniture: trapped in a cruel miscarriage of justice and only brought to life when a dumpy dark wizard wants you to kill a lion or get something off of a high shelf. And in the end, your harsh master returns to his vinyl succubus; the sounds of their lovemaking and ponytail slapping against wet back echo throughout the showroom of the damned.

This commercial is the first to end with the Norton Furniture Phone Number Song, a chorus of at least nine voices giving you the number at once. So it's kind of like singing a round, but in the course of 1.5 seconds. It is the warbled discordant melody of the mad.