A week or two ago Hillary Clinton's presidential campaign accused Barack Obama of writing an essay in kindergarten that stated he wanted to be president, thus proving his long and sinister ambition for controlling America.

In kindergarten, Sen. Obama wrote an essay titled 'I Want to Become President':

"Iis Bin Laden, 63, Obama's kindergarten teacher, remembers him as an exceptionally tall and curly haired child who quickly picked up the local language and had sharp math skills. He wrote an essay titled, 'I Want To Become President,' the teacher said."

At first I found the claims a bit odd, because I had never heard of a kindergarten where kids write essays. Then I decided to do a little searching myself, so I contacted Iis Bin Laden at her Jihad Madrassa in 9-11 Acres. Praise Allah, Mrs. Bin Laden not only remembered the essay....she had a copy! I boarded the next flight to Osamistan.

Through heroic effort and at great expense I have secured for you the only existing copy of Barack Obama's kindergarten essay about why he wants to be president. Prepare to be shocked! 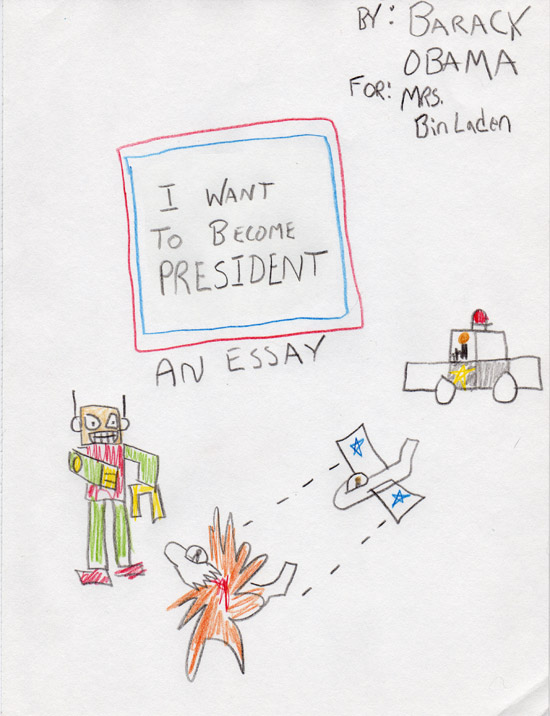 I would like to thank my secular madrassa teacher, Mrs. Bin Laden, for giving me the opportunity to write an essay on the subject of my dreams and aspirations. I know that some kindergartens might not think their children are capable of composing coherent essays, but I appreciate Mrs. Bin Laden having the faith in me to accept this challenge.


This essay is on the subject of my very serious dream of becoming president of the United States of America, the greatest nation in the entire world. 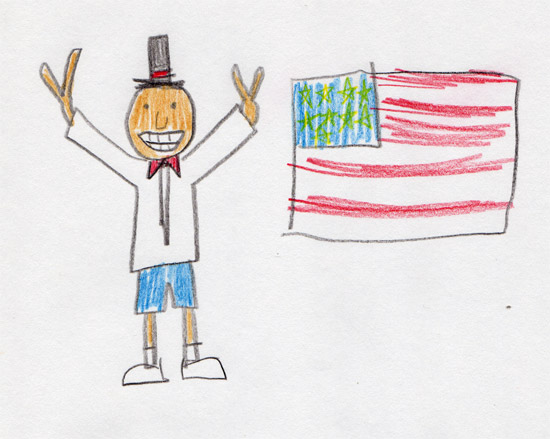 In that land of opportunity this son of a Kenyan goat herder might become a police officer, a fighter pilot, or a robot. I might go "ker-ker" with one of the big yellow trucks at the construction yard. I might turn into a wizard with a beautiful horse with a woman's eyes and my horse will fly me anywhere I want to go, even after I'm supposed to be in bed for the night. 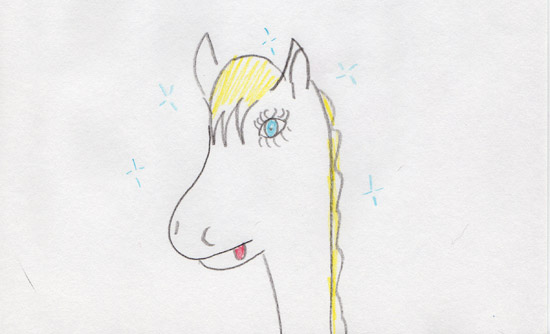