Army is one of the issues facing America today. What does it do? Where is it going to go next? What bad army is it going to blow up? I promise only to use army if I have to use it and if I do use it then it will blow up all of the bad guys.

Another issue facing America is graham crackers and apple juice. We get them every day, but they don't go together. You shouldn't drink something sweet and eat something sweet at the same time. I have the audacity to hope for a better tomorrow, for us and our children. Together with the American people I can build a tomorrow where kids in America get a savory snack on apple juice day and a sweet snack on milk day.

There is also health care. I think doctors are good but also scary. I think more kids as doctors would be good and anything else I can come up with just no mandates. They're the pits. 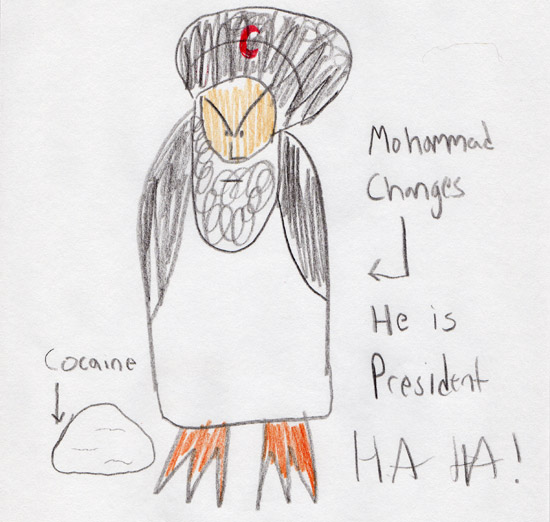 All of my plans for how I would make America good are just stuff I made up. As a devout Muslim secular atheist terrorist black panther Manchurian candidate I plan to get elected to be president and then outlaw everything people like. I'll outlaw ladies and crosses and candy and MTV and guns. That is my plan and why I want to become president.