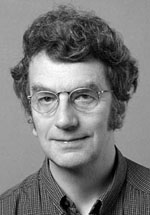 Senior Editor James Allen CostableNot a day goes by when I don’t hear a dozen cynics and naysayers lamenting the death of the scene. The legends are past their prime, they say, and the newcomers can’t match the artistry of their forebears. They say the mainstream has gone down the toilet, and the underground suffers from shoddy production values and third-rate talent. Some say the scene is dominated by fame-hungry hacks and sleazy promoters. Some say the magic is gone. 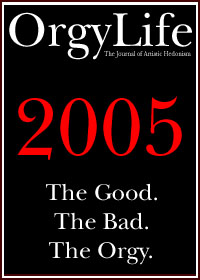 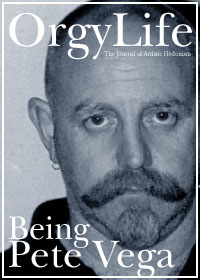 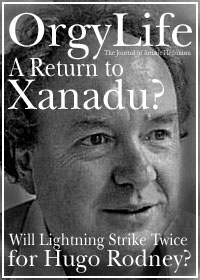 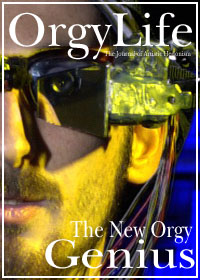 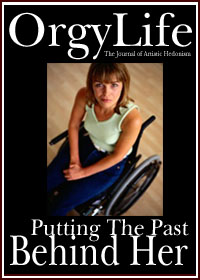 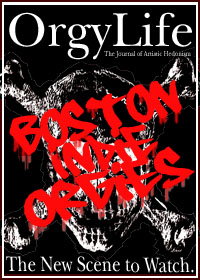 I had some trepidation about attending Breakneck 5, because I’ve heard that Boston orgygoers are often hostile toward mainstream types like myself. I figured I’d be grilled about the trivia of Boston indie orgy history, or denied access due to my age, or even beaten up. All of fears were allayed when I arrived at the venue, a historic, classy restaurant with gorgeous wood molding and antique chandeliers. Despite the population of hip twenty-somethings, I never felt the sting of ageism. I spent many a happy hour wiggling like a worm after a fresh spring rain, and after the event I was invited to IHOP with a group of fresh-faced young people with whom I conversed ‘til the wee hours about all things orgiastic. 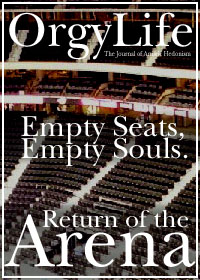 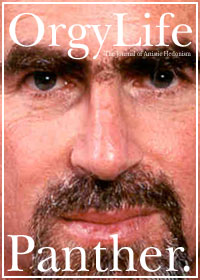 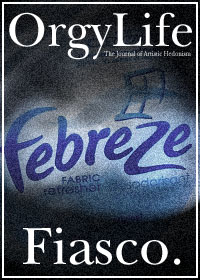 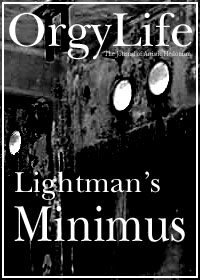 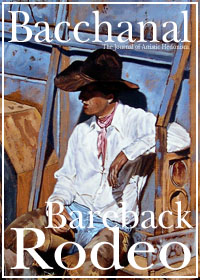