Ouija: In Death We Stand On Chickens 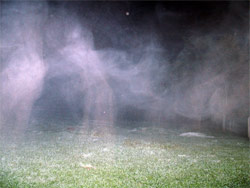 I developed my unhealthy obsession with the afterlife during my internship with the board game manufacturer Parker Brothers. I was a young man at the time, barely of legal age to import exotic animals for private or entertainment purposes excluding resale. My journey began with the toy company Hasbro. I was ecstatic when they accepted my internship application to their creative department.

My ecstasy diminished significantly when I was shunted off to Hasbro's games division. What little enthusiasm remained took a blow when I was dumped off on Parker Brothers, and then my interest dropped to nearly zero when I was further deferred to Parker Brothers Mexico. Unfortunately, my only other internship application that was accepted was a writing internship for The Tonight Show with Jay Leno.

I do have some limits to my masochism.

Parker Brothers Mexico was desperately in need of unpaid interns to fill in for workers disappearing from their factory in the mountains in Hidalgo. The superstitious locals called the range Dientes del Demonio, the Teeth of the Demon, and they believed the mountains to be haunted by evil ghosts. One bearded sombrerodore whispered that the plaintive howl of the wind through the arid valleys and peaks was the cry of the ghosts hungering for human blood.

I paid little heed to such simple peasant hoodooery. After all, when was the last time a white man was drained of blood by a demon? Late 80s? Late 90s in Magnitogorsk if we're counting Russians as whites. 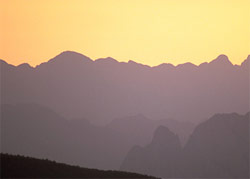 The gringos called it Demontown for short. It was a collection of grotesque pre-colonial adobes that looked like piles of dog shit hollowed out by sombrero wearing beetles. The full-time workers lived in the very relative luxury of cargo containers retrofitted with chimneys. The only other native structure was the old Spanish Mission, which looked slumped and disused, like a church approaching the point of a lonely suicide.

Looming over it all was the cold steel-framed edifice of the Parker Brothers Mexico factory. It was set into an apron of pocked concrete and its rust-mottled sides were reinforced at the joints with cinderblocks. Industrial refrigeration and heating units on the roof buzzed day and night. These sounds provided a manmade bass note accompaniment for the regular whistles and moans of the demonic winds.

Stan Drummer was waiting for me at the bus stop. He was a long-nosed man with a ruddy complexion, thinning hair, and eyes that seemed too large because of his oversized glasses. He was shivering against the mountain cold as we pulled up. He paced next to the bus stop bench and held his shoulders as if trying to withdraw completely inside a blue windbreaker. The Parker Brothers logo was emblazoned on the breast of his jacket. Stan turned as he paced and I saw that on the back of the jacket it read, "BOGGLE."

"Eyes, head, and ears," was Stan's motto for me as he gave me a tour of the factory floor.

That meant wearing safety glasses, hard hats, and ear plugs whenever you went into the noisy main factory.

"And watch out for the ghosts," Stan joked.

His attempt at levity was nearly lost in the din of the conveyors and banging mold releases. Components bounced from the molds still steaming and zoomed through a cooling tunnel. They dropped down a tube that shunted them off into measured baggies that were quickly sealed by a hot clamp. Conveyors moved the plastic components and wrapped stacks of cards between workstations.

At each station, workers in white dust covers and hairnets quickly scooped pre-bagged plastic parts into cardboard trays. These trays were shifted to another line and mechanically inserted into a box with a pre-folded board.