I Am Very Regretful of All the Misunderstandings Regarding the Incidents 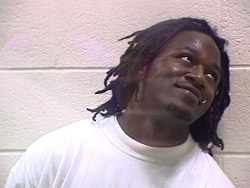 This image was captured by the nazi police state during my arrest.Hello and I asked for this space to clear up some misconstruations about my role in the brutal attacks on the villains at Minxx Gentleman's Club on or about on February 16th. There has been numerous wild accusations thrown about in the press about the actions of myself and they are false as are the accusations regarding all previous actions I have not undertaken. I have been systematically beleaguered and belittled by the government. Officials and the media are on a crusade to destroy my career as one of the best cornerbacks and punt returners in the history of football.

First let me ask you a question. If a white man in a suit walks into an establishment with a briefcase containing 81,000 dollars nobody thinks it's anything unusual, but when a black man walks into an establishment with 81,000 in a backpack and he throws it up in the air all of a sudden everybody think you can just put all that money in a trash bag and walk up out of the club like it's yours. Now my question is, isn't that pretty messed up? It's the injustice of inequalities persisting in society despite the civil rights movement and Reverend Martin Luther King, Jr. God bless him.

Let me ask you something else. If you ever seen that movie about dancing in the rain you know that guy is running around dancing in the rain. Did that guy try to pick up a puddle and walk off with it? Did that fool think he own the rain? No. No, he respected the rain's neutralities. He is dancing and singing in the rain, but he just borrowing that rain for effect. Then the rain goes into a drain after it's all stopped raining and that comes out of your faucet. So the rain is for everybody, but only afterwards. That's just a simple common sense rule I think everybody understands. My little baby girl understand that. You can bet damn sure Kellen Winslow understand that. Now don't you think a night club promoter, near on 40 of the exoticist dancers and some bouncers would understand that?

It's just like the laws of nature. Like what goes up must come down, if you will. The Rain Dance is sanctimonious and harmonified to the perplexity of the common man. Even animals know how it work, little turtles and baby pigs, they know.

Now to address this latest controversy surrounding my upstanding law-abiding demeanors I have to harken back to the night of October 26 of last year. I was enjoying myself at a club when I was accosted unjustifiably by police and delivered with accusations that I had assaulted some stupid woman and spit on her face. I thought there was an echo because as you will recall there was a similar spurnious accusation leveled upon my visage following an enjoyable night in August of that same year. 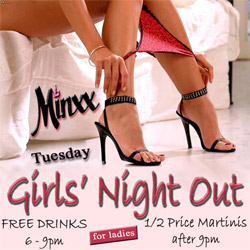 I do not suggest you visit this place they will engineer scantillating stories and the women look like they had sea sections on their vaginas.Of course I was also completely innocent of the first crime, but my stupid lawyer fucked everything up like a crazy wop and the judge told me if it happened again I would be in some serious trouble. Now, I up a Christian man and I bless God for all of my faith and the Lord Jesus Christ, so I had not been priorly engaged in criminal activities despite my conviction of felony assault at a nightclub in 2005. A charge which I will dispute to my grave but which I will not be addressing further in this context.

So imagine my fear when I am told by police as I am brutalized into the back of their police vehicle that I am being accused unwrongfully, once again, of expectorations to the face of a woman. The words of the judge rang up in my ears about receiving a probation sentence and staying out of trouble as conditionalities of my previous miscarriages of justice. I said "no officer, I ain't done that" and I told him to look up around her eyes at them nasty ass crow's feet and that hump on her back and they see I ain't parleying with no woman like that. Not even to give her spit in her face for telling me she won't stimulate my genitalias in the bathroom while her friend Destiny sit up on my tongue.

The police had a deaf ear for the concerns of a black man and as usual they aligned with the accusatory party and her Chinese friend and the club manager and the freaky white girl who was like 25 and still wearing braces to put a black man behind bars. The conspirations went all the way to the top on my second charge of unlawful salivating. Once again the judge seemed to favor leniency out of dutiful respect due to my efforts on the Tennessee Titans and dismissed the assault charge. He did say in an ominous fashion that if I became embroiled in the criminal behavior again I might be in trouble.

If only I had known that this seemingly benevolent dismissification was part of an overarching conspirational method the police and the government were using to entrap me in a web of falsifications.

Which brings me to the current controversies which have been unfairlessly aimed at ruining my career. A normal man might just give up and decide to stop fighting for justice, but my faith in the Lord is not weak and I know I can rely on Him to shine the light into the hearts of the people who will be abjudiacating on my vicissitudes. I almost do not want to reprint the charges and accusation being leveled at me regarding these fabricated events of on or about February 16th, but I will let stupid blind ass white night club owner Robert Susnar tell it how he told the white police what was transpired:

When one of the strippers started grabbing the money without Jones' permission, he got angry, grabbed her hair and slammed her head against the stage, Susnar said.

That's when security guard Cudworth, a mixed-martial artist with professional fighting experience, intervened and stopped the assault, he said.

"At that point, Pacman said, 'I'm going to kill you,'" Susnar said.

A melee ensued as Cudworth scuffled with Jones and members of his entourage, Susnar said.

Order was eventually restored, and everyone was moved outside. That's when the gunman opened fire toward the front door of the club, hitting Cudworth, security guard Tom Urbanski and a female customer.

Yeah, right, first off that's all lies and speculations based on predatory accusations against my person and personages. This vile slandery and libelousness will not stand.

Allow me to dissect these insubstantialated claims of Mr. Susnar. 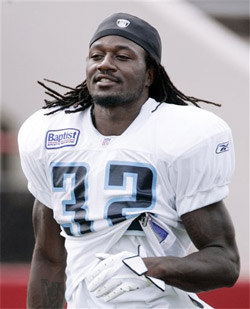 I will be returning to the field shortly when I am elevated above this mess.Claim number one I tried to put a stripper's head through a stage: FALSE. I do admit to pulling on her hair but only as a means of friendly redirection. As for the crazy ho putting her face into the stage, do I look like a motherfucking buttress? I am not responsible for her stability. If a nigga pulls on her hair in a polite way and she falls over that's not a crime that's just clumsiness. That's not even a penalty.

Claim number two Cudworth was doing kung fu shit and whipped my ass: FALSE. I don't know who this joker is trying to fool but he tried that seven chambers shit on me and I straight up elbowed his throat. That's not me admitting to assault neither, he came at me all Enter the Dragon and so I just defended myself like any human being would.

Claim number three I said 'I'm going to kill you' to the bouncers: TRUE, BUT...they didn't quote my whole sentence. This is endemicative of the distortions and contortions the police and the white man use to rob the black man of his freedom. The truth of what I was trying to convey is that I wanted to settle our grieviances amicably. I was saying to him "Fool stop throwing those shaolin chicken wings at me before I bust you in half and let's settle this on the Tekken machine. I will kill you, figurativially, using the Tekken machine."

Another fight broke out and my bodyguards got involved: FALSE. That ho who was snatching up my money was crying and holding her nose and dripping blood all over and it got up in my cream colored Bruno Maglis. They having conniptions over my 81,000 dollars and then they spraying blood all over shoes cost twice that? I chased that bitch down and put a punch right on the back of her head. It was self defense she attacking me with her blood like a reverse vampire or something. How do I know it ain't full up of triple AIDS? My bodyguards weren't involved at all with that aspect of the aliteration, though I expect they holding they own should any other doings transpirationing.

One of my people shot their security guards and a female customer: FALSE!! The worst lie of all. There was some nigga named Hootie just sat down with us and was enjoying the show. Me, being a magnetomous gentleman, allowed him to stay and watch the proceedings. I had words with him and he might have came in at the same time and be carrying my backpack and wearing a Pacman Jones jersey, but there a lot of people fitting that description in America. You gonna arrest everyone who wears my jersey? Do I gotta get charged to every time someone carrying a backpack when they commit a malfeasance? I can't say it any more lucidly: I DID NOT KNOW THIS GENTLEMAN WHAT DID ALL THE SHOOTING.

I think all of my alibies are in order and I know that I will be vindicated at the end of these procedures. This is the truth from my brain to yours, so that when the white man and the police department and the witnesses try to spin it elsewise you will know what the real truth is.

I thank my mother. I thank God and JEsus Christ, without whom we would not be where we are today. I thank my attorney Jonah H. Abromowitz, as well as my reps at Global Talent. Shout out to Hootie, I be praying for you and I'll look after your babies and their moms until this whole thing blows over.

Most of all, I am very regretful of all the misunderstandings regarding the incidents.