Turning Twenty-Two and the Quarterlife Crisis

Read Every Book Considered a Classic: I remember writing this one. We read a truncated version of Frankenstein in the fourth grade, and I thought it was amazing. The teacher referred to it as a classic, so I went and asked the gray haired woman in the library what classics were. The spinster of a librarian selected Wuthering Heights and Pride and Prejudice. By the end of the day I decided that the classics sucked and wondered why they were all written by women. I still wanted to read them all at the time, but my pile of Goosebump books were collecting dust. Instead, the goal was written down and thrown with all the others. The classics make sense now, but I also know there's a bunch of them. Maybe I could watch every movie based on a classic book. 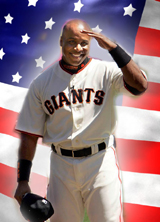 Someday...Play in the MLB: The Pirates are pretty desperate.

To Be Able to Draw: What does this mean? The wording is so vague. I went to an art school for a few years cranking out self-portraits and stilllifes, does that count? I am drawing a blank, and that definitely counts, so lets move on.

To Swim During Rest Periods at the Pool: I was a pool rat. Five or six days a week were spent at the public pool. I just loved swimming, or my parents hated having me around, I can't remember. Either way, I hated seeing the older kids playing, the stay-at-home mothers wading, and the retired overweight men swimming slow laps-I wanted to be a part of the forbidden fun. But God save the poor child who crosses the yellow line to face the barrage of whistles.

This goal would have been fulfilled when I was 18, but I stopped going to the pool years before, so this was the first goal I set out to accomplish. I went to the pool this summer, waited for all the scrappy kids to groan and climb out, and hoped in, but I didn't feel fulfilled swimming alone. To get a better taste of the new privilege, I jumped in and splashed the young children waiting for the end of rest period, but still nothing. I eventually paid some kids to jump in with me just to see them get kicked out. Booya kids.

To get Arrested: I thought that every cool person spent some time in the slammer. I was wrong. There is nothing cool or fun about prison, but since the lifeguard saw me paying young boys in the corner of the pool, I was able to fulfill this one as well.

Be a Professional Writer: This counts. Right?

Well, looks like I got a lot of work ahead of me. Maybe the lack of milestones ahead of me is a good thing, but probably not.