The Bargain Book Bin: A Random Chapter from a Book You Haven't Read

The Orb of the Mage: Volume 2 of Book 12 of the Second Movement of the Lighting Born Cycle
by Clashe Steel

Chapter 84: The Sun Rises Once Again

And so the adventure ended.

The evil Mage King of the Doldock Caverns, having transformed himself into five successive bestial forms before his stunning defeat at the hands of Tim, the Boy Who Came from The North and Was Revealed Through Trials to Be the One to Kill the Evil Mage and Save the Kingdom, now lay as a pustuled, pulsating corpse buried deep within the horrifying underground palace of his own devising.

"Whew, who would have thought the underground palace would collapse the moment the last of his 18 heads was hacked from his gargantuan body?" said Orf, the Strangely Calm Barbarian King.

"Yeah, good thing Kit, The Flying Boy Archer, was able to pull us all up using the magic rope of Pulling Up a Lot of People at Once that the elf princess happened to give us all those moons ago," said Gurtong, the Dwarf of Shady Background but Good Character. 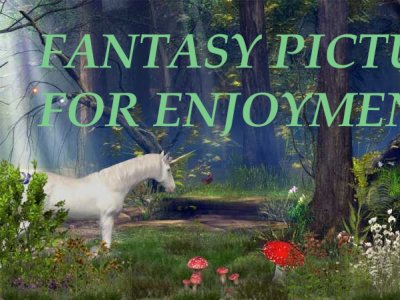 The adventurers began to descend the narrow mountain path, while the dust cloud from the collapsed cave followed them as a great opaque wall, like memories of the distant past.

"Way to go, bro!" said Kit, giving him a fist pound while floating upside down in the air, then doing a flip to get some momentum for a really freaking massive high five.

Tracker, the Nameless Tracker of Mysterious Bearing, led the group so they wouldn't get lost. Meanwhile Anton, the Useless Wizard, conjured a trail of rose petals to mark where they had been even though they had no reason to ever retrace their steps.

Before and below them, the Kingdom of The Land, which they had just saved, was laid out like a map upon a table. At that moment, they were in the Mountains of the Six Gods, a popular spot for hikers, skiers, and evil lords seeking remote strongholds from which to enact dastardly plans. Past the mountains were the Foothills of the Six Gods, which were less impressive, but good for picnics, mountain biking, and less-evil lords wanting a stronghold at a convenient commuting distance from home.

"Ah, the Kingdom of The Land, jewel of my eye," said Orf, indicating his eye with a thick barbarian finger.

"I've tracked most of what we see," growled Tracker wearily. He rubbed the side of his face with a strong hand and nodded. "I'm a tracker."

"I chopped a guy into little pieces," said Tim, "with my sword." He held the sword up