Halloween is, for many, a celebration of costumes, candy and all things scary. Although the tradition is pure evil and a surefire way to go to Hell, it has undeniable appeal. People love dressing up and pretending to be Satan or quarterbacks, or some combination thereof. Children are also enthralled by the taboo concept of receiving candy from strangers, the forbidden act they are allowed to do but once per year. After all, paganism is about embracing that which is rotten and wrong in this spherical haven.

Behind trick or treating, the most beloved aspect of Halloween is without a doubt that of the haunted house. These temples to the macabre are known for delivering startling thrills and spine-tingling terrors to eager participants looking for a harmless taste of the supernatural. That is, of course, when done right. When poorly planned and staffed, however, the haunted house delivers neither thrill nor terror, forgoing both in favor of overwhelming disappointment and an unfortunate longing to turn away from paganism.

In order to better enhance your haunted house and leave visitors both satisfied and traumatized, I recommend you take into consideration any, and perhaps all, of the following information.

Whenever possible erect your haunted house on an ancient Indian burial ground. This increases the odds of a haunting exponentially, since ghosts aren't likely to naturally loiter in your garage or elementary school gymnasium. But if you build a sizeable shanty on a place where loads of Native Americans were slaughtered, strange things are almost certain to happen.

Whenever possible ask the ancient Indian ghosts to dress as something other than ancient Indians. It confuses children and promotes unfair stereotypes.

A haunted house need not simulate a haunting or paranormal activity. Indeed its purpose and function is to scare and promote feelings of anxiety and uncertainty. You could easily accomplish this feat by hijacking a submarine and spending hours evading depth charges and crushing pressure. That is until the rabid dioskilos gets loose and begins wandering the tight corridors of the submarine hungry for blood. Just something to think about.

A good composition of ghouls for your haunted house is as follows:

Don't get too comfortable, boys and ghouls! Mwahahahaha!

1 witch (too many witches spoil the brew).

1 wax werewolf replica stolen (with intent to return) from a local wax museum of mythical creatures. If you happen to know that the museum curator will be attending, it is acceptable to disguise the werewolf as a wax statue of Michael J. Fox to prevent criminal charges.

This formula was devised by scientists and is what you will find in all standard college textbooks on the subject. If your haunted house is sufficiently large as to require a greater ghoul population, double the numbers of all but the witch and add one mummy with a dusty top hat containing hundreds of spiders.

A great way to drive people insane is to make sure that nothing is even in your haunted house. Ensure that tables and chairs have wobbly legs, all pictures are at angles, and nothing is flat or level. Also, if possible, make sure that all of this takes place in a house drifting perilously through a swirling, luminescent vortex toward some unpronounceable netherworld.

Haunted barns sound good in theory, but consider this: Only animals live in barns. As such all ghouls should take the form of the natural inhabitants of a barn. A serial killer harboring a tendency to kill prostitutes with a rusty butcher knife is not likely to reside in a barn, whereas a ghost cow that shoots ectoplasm out of its udders (either due to curse or mastitis) is less likely to require suspension of belief.

In 1996 famed haunted house organizer Hanfred Piper proposed an arbitrary set of rules for the creation of haunted houses, which came to be known as "Haunted 96." His rules laid out a number of restrictions, such as the following:

You must find a haunted location and set up there. You may not transform a non-haunted area into an artificially haunted one.

You may not bring any spooky lighting or props and use only the resources found on location. This includes smoke machines.

No one must wear any costumes and if anyone is to be considered scary, it must be due to a natural ailment such as a missing limb or unpleasant disease or birth defect.

No one should have any fun.

After your guests leave you must kill yourself.

His rules failed to catch on, and he died in 1996 of natural causes brought on by jumping off a bridge. Most agree that the Haunted 96 rules are a bad idea. Very few people attempt to follow them, and those that do inevitably meet with failure. 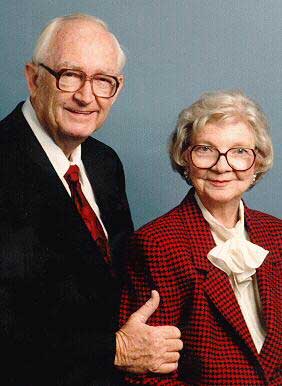 Save money by paying hobos and homeless mental patients to play the part of the ghouls in your haunted house. Most of them will work for very little, or do it for free if you simply forego explaining your intentions when callously herding them into your van with false promises of free medicine and food. Note: You can use this trick any time of the year for virtually any reason.

If your town is too upscale and you cannot herd a sufficient amount of hobos and/or mental patients, you can alternately trick gullible college students to do the work by proclaiming yourself a brilliant professor and the event to be a sociological experiment. To make it seem more real and prevent them from complaining to their university, kill them all before the night is through. With any luck, your legend will grow and you yourself will become the subject of future haunted houses.

Whenever possible hold your haunted house in a room with plenty of floor drains so that blood does not pool up and create a health hazard.

Avoid politicizing your haunted house unless your satire is particularly biting (like a vampire). In the past haunted houses such as "Bill Clinton's Closet of Skeletons" and "George Bush's Crawford, TX Ranch" have terrified many, but angered more.

The Absolute Scariest Haunted House Ever: Spend two months infiltrating a furry forum and getting to know the inhabitants. This process will cost about 3/4s of your immortal soul, but is totally worth it in the end. After befriending enough of them, post a thread inviting people to your "Halloween Yifftastic Party," stressing that they must wear their foolish looking animal costumes. At the same time, invite a whole bunch of normal, non-insane people to your "Zoo of Ultimate Human Failure" haunted house. The normal guests will arrive and instantly feel ill at ease when they gaze upon a writhing mass of brightly colored sports team mascots, conjuring up demented images of a cartoon version of the Second Circle of Hell. Your guests will stagger to speak, turning away from the horror to look at you with profound uncertainty, unsure whether you are a genius or the low-income reincarnation of the Marquis de Sade. The filthy entanglement of furries, too, will look at you, wondering what great prank you have pulled on them. They will become angry and hurt, some crying and some lashing out, frustrated at once again being judged fairly by society. The event, if all goes well, will disperse quickly, but for the attendees the memories will resonate for years. No haunted house will ever deliver the shock and horror that yours provided them in a few brief minutes. Also, be sure to purchase plenty of cleaning supplies beforehand, or plan to move immediately following the party.

In all likelihood, I have just saved your haunted house from being victimized by the monster known as mediocrity. A savage beast, true, but one that is easily tamable with basic common sense and these handy tips. You may thank me in any form you wish, but I prefer cash above all others.