Subj: I WON A CONTEST

HELLO!!!!! i have just returned from the county fair's "Hot Doggin' Nights" which is a local event put on every year by Fancy Fella's Consolidated Weiner Corporation!!! it has been a great time and i learned a great deal about the production of the tasty treat as well as all the vitamins and minerals it has that you can't get in other meat. the real prize to be had that everyone was getting angry about was the honor of being crowned Mr. or Mrs. Hot Dogger-- a prize for which i would move heaven and earth..... or at least be the first to eat 40 Bigfoot Dogs!!! 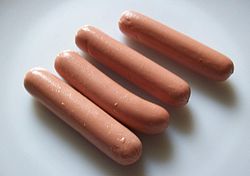 You see the crowned Mr. or Mrs. Hot Dogger also gets to get all their letters to the editor published for an entire year in the local paper no matter what they are, because the company who owns the hot dog company also owns the paper. this gift is a big mistake for them because I have a great many letters to the editor that never made it into the paper such as:

HAD A MEALYBUG PROBLEM, BETTER NOW

Need Another Dirtbike, I Want To Strap Two Dirtbikes Together And Try To Make A Car

If You Breathe That Air Inside A Bell Pepper Will You Die? What About Me, Will I Die

Anyhow tonight was the big "Eat Off" where we all crowded around a big table and checked to see who could eat 40 Bigfoot Dogs first. it was me and about 20 other men and women and it was a tense time until they brought out the plates of dogs and we started chowing down. What they didn't say was that Bigfoot Dogs are not normal hot dogs they are the biggest ones they make so it took a really long time to eat more than 2 or 3.

I had a very good strategy of screaming after each dog to keep count and to shatter the concentration of my opponents but it became clear that the simple screams weren't doing anything so i also shouted some things like "I'm Gonna Lose It... I'm Gonna Lose My Dogs!!" to try and make people run off during the show but that just made them get closer and check me out. By the 9th huge hotdog i was still standing but laying my torso on the table in front of me exhausted from the eating pains and breathing really heavy with meat bits falling out of my mouth. 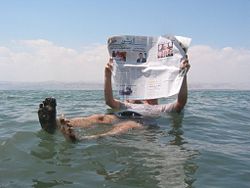 after about 90 minutes people started to thin out and leave but not Yours Truly!!!! My main competitor was a lady who was eating her bites slowly but she started coughing a lot at some point and wailing and i think i fell asleep because i looked up and she was gone and replaced by a crying man that looked like her son and he was eating her cold hot dogs. i groaned to him "You Don't Look Like A Mr. Hot Dogger To Me..." and stayed in my position resting on the table and gently chewed on the dogs for another 5 and a half hours and was eventually crowned the winner. ME!!!!

This is a big deal for me, i cannot wait to be listened to by everyone in town including the mayor!!!!!!!!!