Our Cosmos Explained By a Guy Who Fucking Loves Science

Humans only use 10% of their brain, but did you know that owls use 85% of their brain? Think about this: skeletons. In our bodies. They keep growing even after we die so when you're dead your skeleton busts out of your body. That's just some stuff I know.

They found a spider with the Pringles logo on its back. 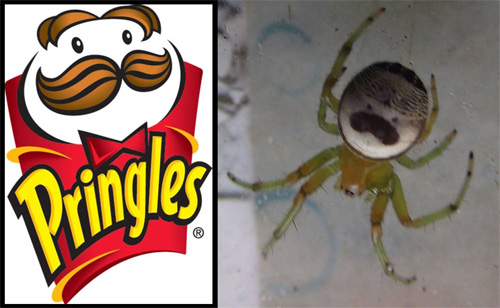 Once you stomp, you can't stop. Heh. But seriously wake me up when they find a frog with a Taco Bell logo for a head.

Sometimes going about my day to day life I stop and contemplate the majesty of this universe. We are here on earth, right, which is one gravity unit. And then there is Jupiter. Can you imagine living on Jupiter? You would weigh like three times as much, but it wouldn't matter because you would be floating on a cloud. Just think about that like the weirdest place you know, like those weird caves in Utah, but then there is a whole planet of those somewhere and they're made of methane.

Pretty cool, right? That exists right now if you can just picture it.

"The universe is a beautiful thing both bigger and more amazing than we can even imagine. That's my Jesus. Give it a try." - Neal Degrass Tyson


They have a pen that writes in 3D. You can write like a jungle gym or a cool dome or something out of 3D pens. Looking forward to seeing what they can do with that. Also, have you seen those 3D figures you can buy in Japan. Going to get one of those of my cat when they have them in America.

Anti-vaccine people are at again and guess what? Mumps is back. Thanks, Jenny Mcartney. 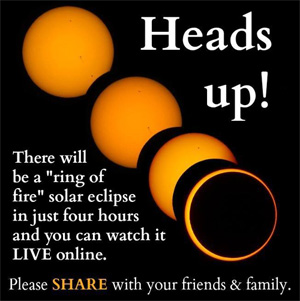 Fire up that stream and check it out. Will be watching and live tweeting.

There's a new element number 117 but it only lasts a second. They had a poll to vote for the name and I picked Teslanium because Tesla is badass. Have you heard of Tesla? Nikolai Tesla pretty much invented the world we live in even though Thomas Edison gets all the credit.

There is a moth that's super big. Pretty cool looking. Would like to see one of those bad boys in person.

Sometimes I just open up the ISS live stream for a few hours to watch what the astronauts are doing. Mostly they are messing with computers. In frakking space. Pretty cool. I wonder what it feels like to get a boner in space. I bet the first astronaut was afraid it would just keep getting bigger and bigger until he died because of zero-g.

You ever put a big piece of ice on lava? How about Chef Boyardee? Buckle up. 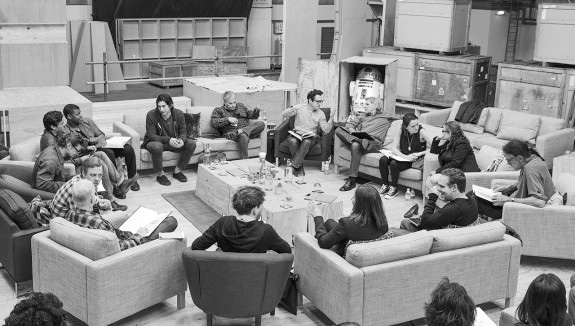 Did you hear about the new Star Wars cast list? Pretty cool. Feminists are upset again. No good women characters? How about Zam Wessell and Aayla Secura. If you don't remember them then you're not really a fan so sit down.

They taught a monkey how to do math with a computer. It's like the beginning and the end of 2001 teaming up against us. What are you doing, science dudes? Just kidding, beause obviously research can have unexpected benefits. Most of the technology we enjoy today like zippers and men's hair rubber bands are from NASA.

An iceberg the size of Rhode Island fell off Antarctica last summer. Where does it go? Fukushima. Oh, about the environment, sorry, it's just true: 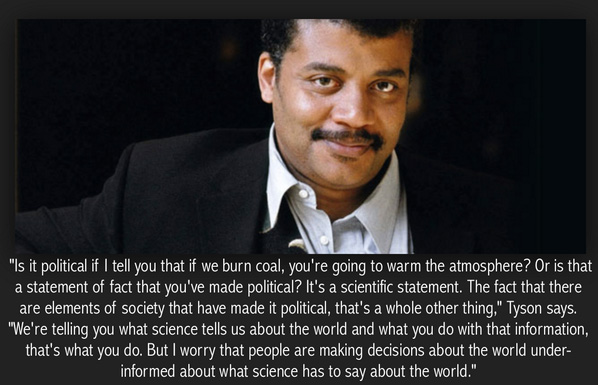 Speaking of NASA, it's about time we have our own spaceships again, don't you think? I don't want to get political on this one, I consider myself apolitical, but why do we not have a space shuttle and yet more people than ever are on welfare? Priorities people.

Did you know that dinosaurs were actually birds? Think about that the next time you eat a Popeyes. You are eating a dinosaur. Pretty cool, right? Like I guess we know who won that whole meteor thing.