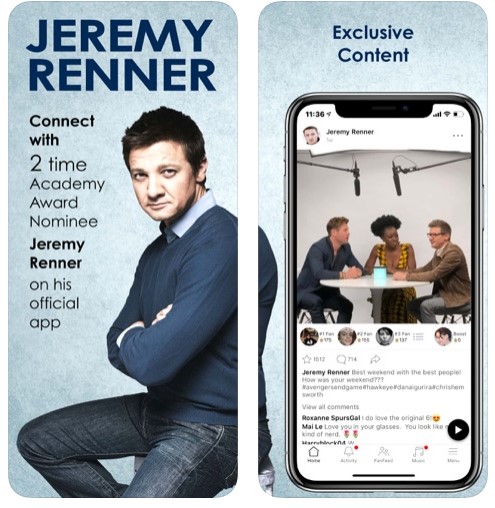 Jeremy Renner Official - the official Jeremy Renner app of record - has been updated to version 1.9431.0001. This update makes a number of improvements that should interest all users, from casual fans to super users using our experimental nightly builds.