Fox on Sex: A Woman Has a Egg But It's Not a Bird Egg

Fox on Sex columnist Jenny Block caught her fingers in the gears while steampunk sexting. While she is recovering from her injury Fox and Friends host Steve Doocy has been asked to return for this week's column. He has based his column on a conversation he had with a scientist.

Fox on Sex: A Woman Has a Egg But It's Not a Bird Egg 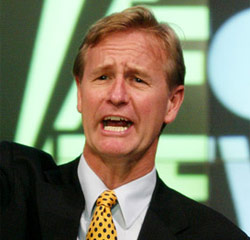 Remember me everybody I am Steve Doocy and I am 54 years old and my favorite color is orange. I am the number one anchor man on Fox and Friends which I host with my best friends. I have a Golden Retriever Dog I bought at a kennel. I wrote one other article one time about sex. Hope you like this one.

I went to a baseball game during the summer and one team had red hats and one team had brown hats. I lost my glasses because I wore them in the swimming pool the day before so I couldn't see right and I thought one guy's name was Egg.

Eventually he yelled up, "My name is Ed, not Egg."

I went ahead and said, "Chicken Butt!" only it didn't really make sense at that point. Then I had a hotdog with NO mustard. I HATE mustard and if you give it to me on a burger or a hotdog I will throw it away and if I take a bite on accident I will spit it out even if there's no napkin. AAAAgh! I HATE mustard!

Thinking about that mistake with Egg the baseball player got me to thinking about another mistake I recently made about eggs. Namely, I remember from a scientist that came from the sex lab to talk to me when I was eight and he said that women have an egg and men fertilize that egg. I pictured a bird egg, which is a common conception.

For 28 years I cried every time I ate an omelet which was pretty much every morning because I love omelets. In fact it's not really a bird egg it's a human egg. A human egg is much different from a bird egg.

Hopefully this diagram I did can explain:

Number one, a human egg isn't yellow, it's red. Number two, a human egg is inside a woman, not outside, but the egg hatches inside and the yolk comes out with the baby. Of course a human egg is also bigger than a bird egg, unless you are talking about an ostrich, which is the fastest-running bird on earth and the largest bird that can't fly, I think.

I saw an ostrich once and it hissed at me. After that I went and sat in the car for the rest of the zoo trip. It was really hot and my wife had the keys and the car has automatic windows so I had to sit with the door open and lean out of the car to even breathe. Sheesh, that was a hot day. Because of that I don't like ostriches very much.

My favorite bird is the Emperor Penguin, most powerful of the penguins. The Emperor Penguin is in the movie Happy Feet which is my favorite movie also, tied with Megamind. My second favorite movie is Transformers 2: Revenge of the Fallen, but I'm not allowed to watch it anymore because I got super hyper and acted out fight scenes and broke our TV in our bedroom and it was the same TV I broke last year doing Mario & Sonic Winter Games without the wrist strap on. 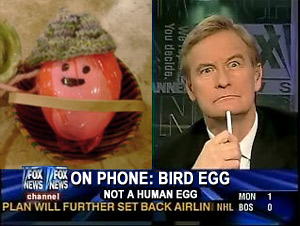 One common thing that happens sometimes I read about is that women when they get a egg in them men are afraid to touch them. Don't be! Eggs are tough beasts. Think about how tough a regular egg is, now imagine a way bigger egg. I saw Survivorman one time where he had to eat a ostrich egg and he had to break it open with a rock. A human egg might not be that tough, but it's tough enough for an EGGstravaganza. Ha ha.

I asked and Glenn Beck gave me that joke. I saw him writing on a window in the staff lounge and I asked him, "What's an egg word?" He said EGGxactly, but then I thought of EGGstravaganza and I just want to give credit for his inspiration.

The best thing to do with a egg in your wife is to just lay on her anyway. Try not to lay on her as hard. Also you can take a bath together. One thing I like to do is get in a big barrel with my wife and go down a hill, but you have to make sure there are no roads at the bottom of the hill. Another thing you can do with a egg in your wife is talk to it. Did you know eggs can hear what's happening as early as 10 weeks? I think it's 10. They have cobbler things forming in their inside ears. They sense the vibrations which is also EGGxactly how the Dune worms will get you. I can't watch that movie because I am afraid of worms.

Did you know that birds eat worms and when a bird eats a worm it turns into energy the bird uses to make a egg so technically you are eating worms when you eat an omelet for breakfast.

Hey, I want to hear from you! Get in touch with me please! Any thing you want to know, I can probably answer. The question this week is, "Gnomeo & Juliet?" I am not real good with the email thing but we have a guy named Barry who helps us use the computer and go to places. Thanks for reading my article! 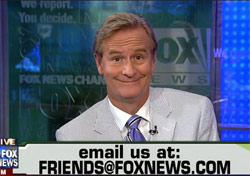