We here at Something Awful Inc. Ltd. Co. Rd. NAACP like to consider ourselves balanced on the "cutting edge" of the technological revolution. For example, Zack "Heist Editor" Parsons uses a video card made in 1992 to recreate famous first-person-shooter battles throughout 1942 on his computer. Josh "Livestock" Whatever recently purchased a monitor which is able to display up to 13 different colors if it's in super-high resolution mode and his Apple IIC is running the appropriate software. Additionally, one time I briefly skimmed through a copy of Wired Magazine while I was waiting for my car to have its oil changed by various diseased greasehogs strutting around in overalls. If you were to walk up to any of us on the street and ask our opinion of highly technological junk like the Build engine and full duplex modems, we'd probably hit you in the mouth and run away. However, the important point is that we'd probably know what you were talking about shortly before we broke a piece of plywood over your skull, and this vast inherent knowledge of technology-related shit is what gives us the cutting edge over the "rival" humor sites such as www.foxnews.com and www.godhatesfags.com, which I think are actually run by the same corporation. Ben "Greasnin" Platt just sent me an ICQ message saying something about something called "Linax," so that just further seals the fact that when it comes to smart crap, we sure do know our shit. If you're not convinced, check out this recent article I found on CNN when I was searching for the phrase "chicks with dicks":

Senator: Trash illegal downloaders' PCs - Illegally download copyright music from the Internet once, or even twice, and you get a warning. Do it a third time, and your computer gets destroyed. That's the suggestion made by the chairman of the Senate Judiciary Committee at a Tuesday hearing on copyright abuse, reflecting a growing frustration in Congress over failure of the technology and entertainment industries to protect copyrights in a digital age. The senator, a composer who earned $18,000 last year in song-writing royalties, acknowledged Congress would have to enact an exemption for copyright owners from liability for damaging computers. He endorsed technology that would twice warn a computer user about illegal online behavior, "then destroy their computer."

I personally think this is an excellent idea and urge Congress to do whatever is required to pass Senator Orrin Hatch's revolutionary new proposal, even if it requires making a copy of some documents and speaking to somebody on the phone. The RIAA, one of the few remaining groups that has the brazen confidence and determination to stand up for the rights of music groups throughout the world, has been struggling to shut down the flow of illegal pirated music for years now, and I think that Senator Hatch's wonderful new idea will help them accomplish this daunting task. RIAA executives previously attempted to stop the senseless stealing of their music by throwing lawbreaking teenagers in jail for decades, fining them one hundred million billion dollars per illegal mp3 on their computer, and shooting their parents in the head with a Civil War cannon each time they discovered an R. Kelly song on their hard drive. However, music piracy is as large as ever, costing the music industry a bazillion dollars per hour, at least according to their statistics which were made up by a lonely record executive sitting around in his basement and using a pen to write down the number "one" followed by a random quantity of zeroes.

Senator Orrin Hatch deserves accolades for being the first person in the government with enough bravado to step forward and finally suggest a measure which would finally end the brutal tyranny of mp3 ripping and distribution. Sure, many of you may think that creating mp3s is a "victimless crime," but scientific studies have shown that in the time it takes to rip an entire CD to mp3, at least 143 people throughout the world will die. That's correct, each time you make an illegal copy of music you purchased, over one hundred people die. Does that sound "victimless" to you? Do you think those 143 people truly appreciate the fact that you took time out to create digital music files on your computer instead of trying to help them by researching an anti-dying pill or perhaps some kind of lip balm which prevents them from being stabbed to death by rival African tribal gangs? Granted, these two statistics may not exactly be related to each other or have any type of local correlation whatsoever, but the RIAA doesn't need cold, hard numbers to tell them the difference between right and wrong. They're like a selfless, generous, kind-hearted organization run by a group of Mother Teresas who want nothing but to make the world a kinder, happier place full of marshmallows floating on a rich cup of loving chocolate milk and smiles. If you don't understand the motivation behind the RIAA's generous crusade to stop mp3s and anybody listening to music on their computer without wiring the RIAA $19,273 each time they hit their power button, then it's obviously because you're some kind of evil asshole who enjoys urinating on war veterans' gravestones and setting fire to handicapped children.

This revolutionary new bill that Senator Hatch has proposed is backed 100% by us staff members here at SA, assuming the following clauses are written into it, thereby making the bill completely effective: 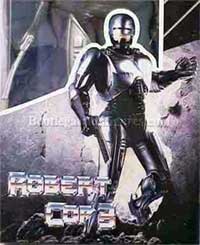 1) A series of US government supercomputer clusters, dubbed "Team Robert Cop 3," will be set up to continuously monitor the entire Internet for any file which ends in .mp3. Since music pirates are known to get tricky and pull off such incredible stunts such as putting mp3s into .zip files or renaming them with bogus extensions, Team Robert Cop 3 will also monitor every single computer in the world for any file ending with any extension. If it detects a computer that meets the aforementioned requirements (it has a file of any kind anywhere), Team Robert Cop 3 will activate various high tech air raid sirens which will be installed on every street corner in America. When the sirens come on, all citizens should drop to the ground and place their hands behind their backs in a very non-threatening manner. Since deaf people cannot hear air raid sirens and therefore present a problem, they will all be rounded up and put into "Disability Camps" which will consist of a series of man-made mud huts that reside on land the government stole back from wily Native Americans who tried to previously build a casino or liquor store there. Oh yeah, and just for effect, a tape drive will be activated and start spinning for no reason whatsoever. It's just a cool effect and will look great for "Team Robert Cop 3: The Movie"; the drive can be plugged into a waffle iron for all intents and purposes.

2) When Team Robert Cop 3 is alerted, Senator Orrin Hatch will be woken up from his peaceful slumber in the HatchDome, a high tech crimewatch lab that includes various electronics from 1960 which oscillate both sine waves AND triangle waves. Senator Hatch will jump into his crimefighting costume, a bright jumpsuit which features an image of a Department of Justice hammer on the back and the letter "Q" on the front. The letter "Q" is obviously a typo, as I we planned on sewing the letter "O" there, but the illegal Mexican immigrants who we hired for six dollars and a pack of cigarettes screwed up and decided to produce a "Q" instead. The HatchDome will be located in the middle of downtown New York, a 68,000-square foot mansion made out of jewels and plutonium, and will have a hovercar which Orrin Hatch can leap into and travel at the speed of light to reach any location throughout the world in a moment's notice. This includes any White Castles, assuming there are still ones that haven't been shut down. 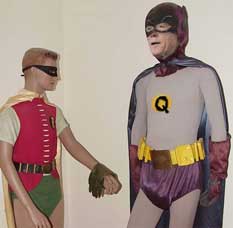 3) Once Super Senator Hatch leaps into the HooverHatchJet, the onboard computer will start saying random variables and numbers in a British female voice. Team Robert Cop 3 will inform Super Senator Hatch of his target and how many suspected mp3s are located in the area, so he knows in advance how many anti-mp3 bullets to load into his Justice Gun (a shotgun with the word "JUSTICE" printed on it by the illegal Mexican immigrants). The HooverHatchJet will have a laser cannon, heat seeking missiles, and all the power of Congress. When Orrin's jet passes over your house at a zillion miles an hour, it will make a sound like "BLEEEP BEEP BEEPBEEP" and all your dishes will fall off the shelf and break and your wife will become pregnant with the reptile baby from the miniseries "V."

4) After reaching his target destination, Super Senator Hatch will leap back out of the HooverHatchJet and will be greeted by The Hatchlings, a group of positive streetsmart youth from different countries across the globe. The Hatchlings each have a distinctive power and skin color, proving that if we ignore all superficial, meaningless differences such as race and gender, we can concentrate on what really matters: destroying the illegal mp3 trade and worshipping the correct god (Jesus). Here's a quick rundown of each Hatchling: