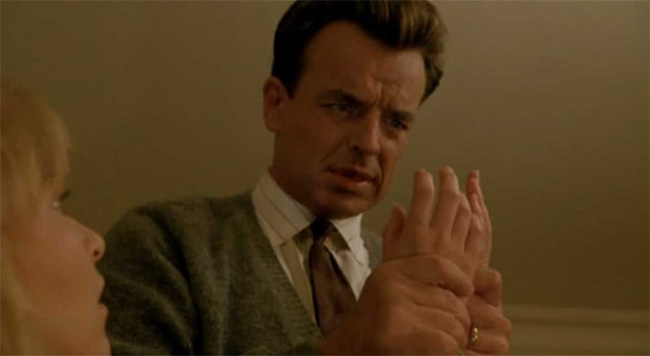 In a reverse dimension accessible only in dreams, the White and Black Lodges are present on earth while what we perceive as reality exists as a difficult-to-reach shadow realm. This popular series of comics turned many of the protagonists of Twin Peaks into villains and the hero, Leland Palmer, was joined by his benefactor Windom Earle as he attempted to save his daughter from a prism being used by the FBI to extract "her very life forces." This was also the first work to introduce the aliens called Wendigos, although in Twin Valleys they are viewed as good and seek to rid the reverse dimension of the evil FBI and other government agencies. This series ran 27 issues collected in three graphic novels. It is known for its frequent Ayn Rand quotations. 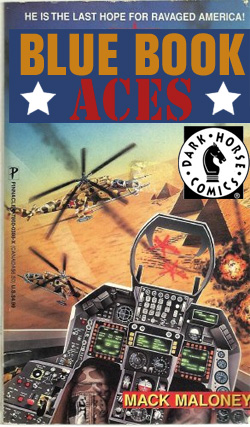 When the Wendigos, aliens from "beyond Saturn", attempt to invade earth to feed upon garmonbozia, the USAF Project Blue Book scrambles mercenary F-4 Phantom pilot Vance Crandal and his wingman Bobby Briggs. The series abruptly ended with the revelation that it was all a split-second dream in the dying mind of Vance Crandal who was actually a sex murderer in the execution chamber, haunted by the Wendigos who appear bathed in light. It is hinted that the Wendigos are agents of the White Lodge although this is never explained in other material.

In this action RPG from Ubisoft, players take on the role of "The Log." While she dreams, the Log Lady's log shape shifts into a taciturn Native American man and battles urban legends in the woods and towns along the Canadian border. His nemesis is the lumberjack husband of the Log Lady, now trapped in the Black Lodge, but able to menace Twin Peaks by summoning creatures from fairy tales and urban legends using a gateway in Glastonbury Grove. Still popular for its competitive online multi-player.