Windom Earle creates a devastating new weapon of evil by linking several Black Lodges into a single Night Lodge and threatening to annihilate the world. A clone of Agent Cooper must be searched out in Tibet and awakened to do battle with Earle before the Night Lodge can be made operational in a quirky town in the rainforest of Peru that shares a mysterious "diagonal highway" link with Twin Peaks. 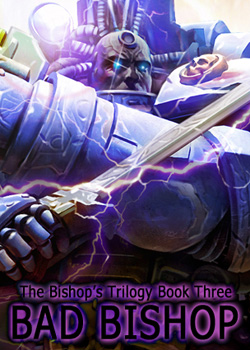 Book One: Hanging Pawns - The plans for the Night Lodge are stolen from One Eyed Jacks and smuggled to the FBI, sending FBI agent Albert Rosenfeld to Tibet to find the clone of Dale Cooper, while FBI agent Philip Jeffries travels to Peru and disappears.

Book Three: Bad Bishop - Cooper and Albert battle Windom Earle and the demonic traitor Philip Jeffries for control of the Night Lodge. Sheriff Harry Truman and Agent Gordon Cole lead a desperate attack on the base with the help of the special FBI existential assault task force.

Also turned into the Night Lodge series of graphic novels, although the ending was changed so that when cloned Cooper destroys the diagonal highway (and himself) with the garmonbozia crystal, the fate of Windom Earle is left ambiguous. 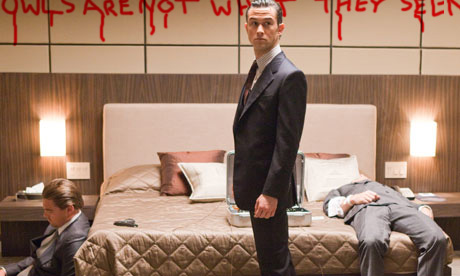 Audrey Horne and Special Agent Dale Cooper's son, Blane (played by Joseph Gordon-Levitt), communicates with his dead father, now trapped in the Black Lodge, by way of hallucinations and uses insights garnered from these visions to better understand the way serial killers think. Currently in pre-production. The series is reported to be "dazzling" and "shocking" and it will "change the way you think about serial killer TV shows." The show's creators promise to remain faithful to the original by including extremely long scenes of people crying. "Fans of the original will feel right at home."

If you're looking for the latest Twin Peaks Expanded Universe information, head on over to Zack's Facebook.