The Deciders: Interviews With Something Awful's Panel of Undecided Voters

Since the candidates were set, Something Awful has conducted regular interviews with a panel of undecided voters. On this, the last monday before there's only one more monday until election day, we sit down with our undecideds, and see which way they're leaning. 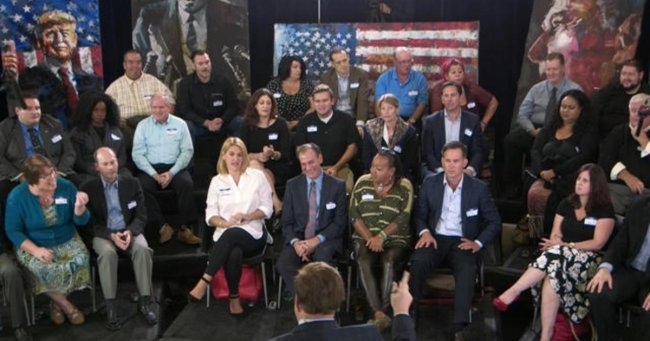 INTERVIEWER: Thank you all for joining me today. I'd like to start with Mary, a single mother of two from Jacksonville. How do you think you'll vote on election day?

MARY: You're not gonna believe this, but I'm still not sure!

MARY: There hasn't been a Trump scandal in over a week, which makes me think...hey, maybe when he's president, there'll never be one ever!

MARY: On the other hand, Hillary's emails. Why'd she have a private server in the first place? To avoid public oversight of her correspondence? To dodge FOIA requests?

MARY: ...or was it because the emails contain evidence of her hundreds of murders, each committed by her own hand, using improvised weapons like a can of hairspray and a lighter to make a Rorschach-style flamethrower? Just imagine Hillary, melting faces left and right, screaming "LOOKS LIKE SOMEONE'S GONNA NEED OBAMACARE!"

MARY: Yeah, but he's not a good role model for my kids.

INTERVIEWER: Let's move on. Self proclaimed "grey hat hacker" Scyth3r from Seattle. How do you lean today?

SCYTH3R: [VOCODED VOICE FROM BENEATH A DARK HOOD] Undecided, as usual!

SCYTH3R: Information should be free. Something that bothers me is...when did we all decide that Trump's tax returns weren't an issue?

INTERVIEWER: That's an excellent point. It got a lot of play in the early debates, but we've all seemed to move on.

SCYTH3R: I needed those tax returns...so I could hack Mr. Trump! Yes. Backdoor a rootkit encryption key, and bypass the central mainframe via a java exploit in a SQL database. Drain his bank account, and return his dirty money...TO THE PEOPLE!

INTERVIEWER: You make me sad. Legendary master of chaos magicks Alan Moore, your thoughts on this election? 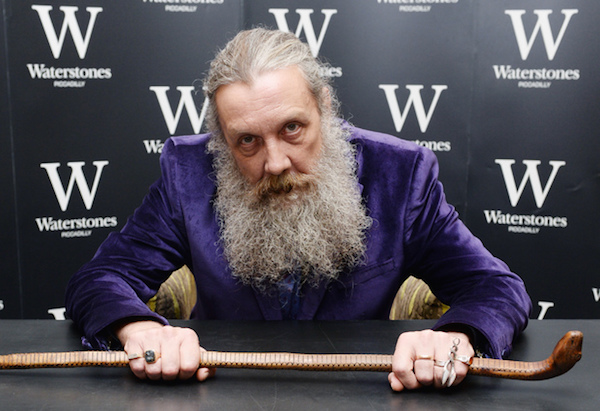 ALAN MOORE: Doom...nought but doom and destruction in the wake of these two wicked corporate leviathans clashing, caring nought for whom they hurt, nor for their eternal souls...

MARY: Hey, uh...are you even an American citizen?

INTERVIEWER: Thank you, Mr. Moore. Moving on, ghost of former president Richard Nixon, you're no stranger to scandal. Have any of the candidates done anything inherently disqualifying?

INTERVIEWER: Futurama premiered over 17 years ago.

NIXON'S GHOST: Well it only showed up on Netflix In Hell like a week ago!

NIXON'S GHOST: I'm honestly insulted that Trump keeps referring to Hillary's emails as "the biggest scandal since Watergate." I literally hired five goons to break into my opponents offices, wiretap their phones, break in a second time to repair those wiretaps, then paid them with donations to my reelection campaign. Then I used the entire federal government to cover it up, leading to the indictment of 69 people! And the best part is: I did it for no reason, because I was 1000% gonna win re-election! I just did it to be a dick! Now THAT'S CRIME, BABY! Hillary's pussy-ass email server can go roger itself! ROGER ITSELF GOOD! ARRROOOOO!

INTERVIEWER: I wish you'd stop saying "aroooooo." When you do it, it's not cool. 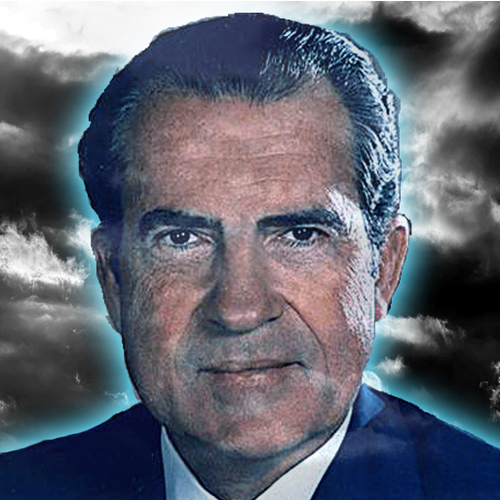