This Next Order Could Save the Jumpsuit Factory 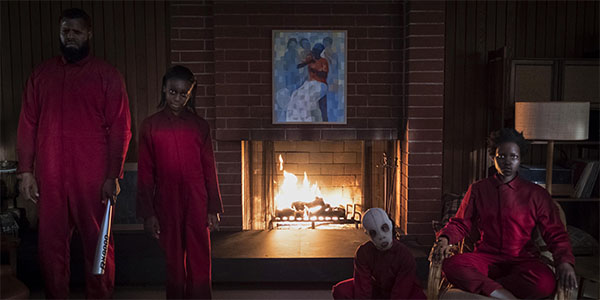 Friends, I'll be honest: It's been a savage past two decades for the jumpsuit industry. Thanks to the inexorable progress of human evolution, stain avoidance in humans has jumped up a surprising five percent since 1997. And so many of the jobs that would once see workers covered in filth and grime are now performed by robots, who can simply be power-washed at the end of the day unlike human employees who are known to protest or even quit if given the same treatment. This is a real company town, and many of you have been waiting in the wings since the mass layoffs of 2013--likely in the brothel that used to be a library--ready to pounce upon your old jobs when the opportunity arrives. Well, I'm happy to announce this next order could save the jumpsuit factory.

Seven billion jumpsuits. Can you even imagine? And we thought we hit it big in the brief period after that pie fight range opened and before it closed after all those reported cases of sepsis. It may seem ridiculous, even immensely stupid, to think of how such a large-scale operation could be put into effect, but the fact that their check cleared was enough to convince me. Soon, the sheer amount of greatly expanded production will turn our skies black: the color of prosperity. This is a fifty-year plan, after all, and all local streams, lakes, ponds, and low-income housing are being paved over for the sake of increasing our production by a magnitude of hundreds of thousands. And before you think this organization is heartless, yes, all of the ducks were safely relocated.

I'm not one question these plush government contracts, even if it's not entirely clear which government is funding this. But again, that would be asking questions, which I am encouraging all of you to NOT do. Some other questions may arise like, "Why are we making millions, if not billions of jumpsuits for babies and the elderly? And why aren't we also making little plastic balls and chains for the adorable and hilarious convict Halloween costumes these jumpsuits are destined to be a part of?" I'll stop you right there with a kindly "please shut up." Trying to take apart just why everything is happening would distract from the twists, turns, and heart-gripping thrill ride known as "industrial jumpsuit manufacturing."

I'm also happy to tell you that this type of impractical and baffling government contract isn't just benefiting our city, but the entire county as well. You know the old rabbit cage plant that shut down back in '07? Well they'll be reopening this June and making new cages to the tune of ten billion. Now, I only know this through my wife's estranged brother-in-law, because all managers have been sworn to secrecy, as have you just by hearing me talk. And from him I've learned that part of this new initiative involves shipping our billions upon billions of pieces of merchandise underground. To assist you with this stupefying-yet-lucrative plan, you will be assisted by several new employees who will be short on words, but long on looking just like you. We encourage you to treat them like you would any other intern by making sure they don't eat the complimentary donuts in the break room, and by giving them friendly, mandatory pat-downs before you assist them in clocking out at the end of the day.

Now, even though you've been discouraged from being curious, you likely have many concerns and good points to make about this new contract. In lieu of answers, let me present the following facts. There are many tunnels running underground. Many, MANY tunnels. And many of these many tunnels are abandoned. There. I think that cleared everything up.