Whether it is the cities of Persia or Crystal Pepsi, everything has its moment of glamour. Unfortunately, not everyone can experience the golden years of a civilization or trend. Those who missed the mark are forced to wander the earth, misunderstood in their infatuation with the past.

The internet male faces these hardships every day. He is a man-boy, unhealthily obsessed with unhealthy things, a symbol of unkempt, unassertive masculinity, and the most misunderstood person in society. Though unaccepted in our modern world, he would have been the crown jewel of gentry 150 years ago. The gentlemen of the Victorian era and the men who fill the World of Warcraft servers share a connection invisible to our 21st century eyes. The two are brothers born a century and a half apart.

Many of the pictures had to be scaled down to fit on the page. Click on the image for a larger version. 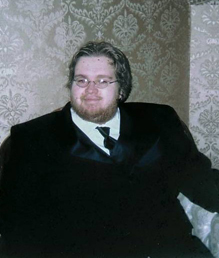 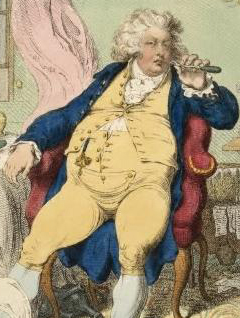 The most striking similarity between the two generations is appearance. Both groups of men look like a hybrid of The Goonies cast blended into one obese, Baby Ruth-obsessed, erector-set-playing nerd. The same bloated face with the disproportional features of a child plague the men regardless of time. All their outfits are either ill fitting and tight, as though they are wearing hand-me-ups from their 12 year-old cousin, or much too large, like two cotton sheets sewn together with an anti-social joke. Both generations believe that showering is not a daily activity and a pair of clothes may be worn for a week straight. The real achievement is that the 19th century gentleman was able to maintain a heavyset body with alabaster skin without the luxuries of Slim Jim, Doctor Pepper, and Deep Space Nine on DVD.

Both generations falsely carry themselves as though they have achieved something grand, but the Victorian man pompously lived on his family's old money, and beating Goldeneye 007 on expert is not much to brag about.

Infatuation with the Orient 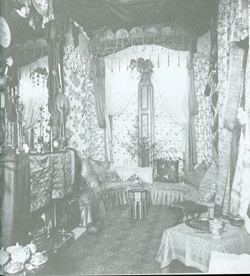 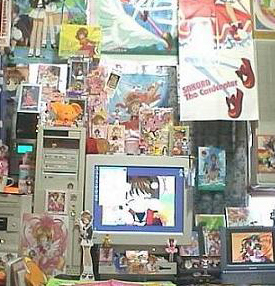 Believe it or not, men were infatuated with Asia before the invention of Pocky. Something about the East has attracted men for centuries. Maybe it is the strange (though curiously familiar) society, the ornate detail put into common items, or the sexually submissive women. Actually, it's probably the sexually submissive women. Though the Victorian man wanted anything oriental, from porcelain to silk, the modern internet male has refined his taste, removing items that have become commonplace or unwanted, only seeking the most important thing Asia has to offer-anime.

The picture on the left is a parlor room from 1896. Note the floral patterned drapes and carpets, the octagonal table, the bamboo, and that aside from the photographer, no one is nearby.
Previous More Front Page News Next