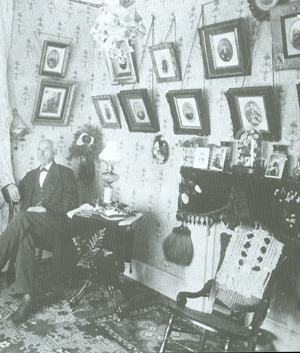 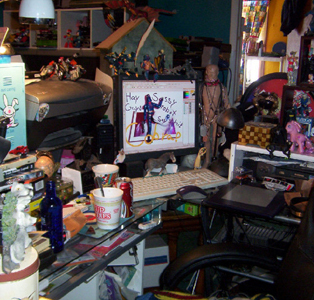 During the 1800's, a mantle filled with collected items meant wealth and good taste. These collections allowed the homeowner to show that they were educated, while giving the internet male a chance to showoff his awesome reprinted Spiderman comics. The luxury of this hobby is that one can collect anything from spoons, bottles of sand, G.I. Joe figurines, Ramen Noodle containers, ect. Collections were once featured in the main parlor, but are now presented in the bedroom (since it is the only room in which the modern male has decorative control.) As you can see in the photograph on the left, taken in 1885, covering walls with pictures was popular before the invention of anime wallscrolls. 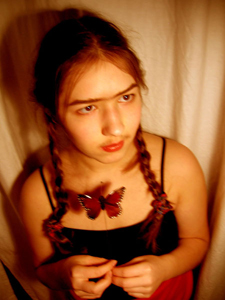 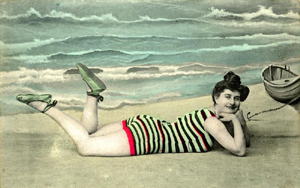 Love is an amazing thing. When two people share an emotional connection, they are able to forget a cholera epidemic or the embarrassment of not knowing how to do laundry. Victorian society was based on chastity and promoted clothing that covered most of the human body, hence the modern male's distrust of sexuality and white-shirt-bathing suit.
The perfect woman for a gentleman during the 1800's was large, like rollergirl large. Cellulite and white skin meant wealth and leisure. Her hair harnessed, though not controlled, her eyes intense. A man's wife was supposed to care for the house and the children. Since all housekeeping duties are covered by the internet male's mother, he seeks only the passion seen in pornos stolen from KaZaA in 2003. Talking on IRC for five hours a day degrades any ambition in meeting women, so he goes for an easy target; the girl with her hair wild, eyes that may not meet on a central focus point, and I promise she has a crazy opinion on everything and will try to convert all around. She is well read on the Jane Austin and other Victorian female writers, and dreams of living in the same society. 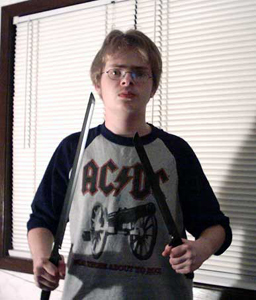 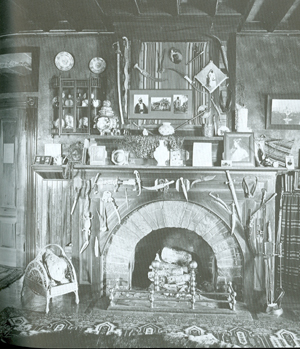