A Message From Something Awful!

If you hadn't noticed, we have Merch! Not only that, but we now have ultra-swank polo shirts! Finally, a shirt comfortable enough to wear to anywhere, but fancy enough to get married or buried in! Or both, if your Wedding Hall collapses! Stop throwing your money away on unstylish Gucci or Armani suits! Consume, consume, consume! 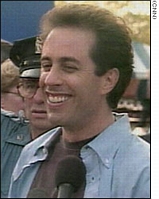 What's the deal with these Ninja jokes?A sense of humor isn't something you can learn. It's earned through a combination of being born with one, and learning to define it through trial and error. Basically, you just have to have it. If you've "Got it," you're a lucky person who is probably very popular at parties and other large social gatherings such as the Holocaust. As demonstrated by that tasteless, completely out-of-place Holocaust joke, the staff of this website does not "Have it" or even know what the word "it" means. As Zack "Geist Editor" Parsons so eloquently mentioned in his Monday update, much of the humor found here at Something Awful revolves around a very small number of jokes which really aren't very funny in the first place. You SA fans should be ashamed for enjoying them, and those of you who write us letters such as "OMG U guys R NOT FUNNEY GUYS!!!1!" are absolutely right. Unlike other humor sites on the web, we can't think of exceedingly clever and humorous jokes such as "Area man does something that is just plain wacky!", or "Boy, weren't those 80's crazy?!" Only so many Robot / Ninja / Zombie / Pirate jokes can be made before people start to get bored and irate, just like they did with Seinfeld when it shifted its focus from casual observational humor to robotic ninjas battling hordes of zombie pirates.

Instead of continuing to repeat these hideous mistakes of the past, I'd like to explore what some of these overused jokes are, and think of some fresh, new fodder for comedy that you people can look forward to seeing. Always willing to expand our horizons, this article will take a hard-hitting look at what little we've accomplished and where we are going in this zany world of internet humor. Buckle your seatbelts, because you are about to be sideswiped by the mack truck of COMEDY. This will probably result in liability suits against us!

As I said above, the basis of this website is to take a small number of jokes and drive them into the cold, cold ground. Before I get into this, I'd like to say that since Zack already discussed the Robot / Ninja / Zombie / Pirate quadrangle in his article, I'll ignore them in a way that is similar to how girls ignore each and every one of you. Many of you may have noticed these running themes in our writing...

Monsters: Monsters are a staple of SA humor. They are horrible creatures of the night, ready to attack at any moment. The humor comes into play when people realize that monsters are scary, which is a concept that would make my brain implode under its own massive weight if I were smart enough to even begin to understand. Monsters fall into three categories:

Mutated creatures, such as Godzilla and Master Splinter

Cryptozoological oddities, like Bigfoot, giant squids, and the guy from the B 52s

Dead things that stopped being dead but couldn't quite remember how to be good at being alive, such as Ghosts, Vampires, and even the dreaded and overused Zombie.

Monsters have the distinct honor of being first on this list because they're just so versatile. There's so many of them, and they can be easily and swiftly inserted into just about any article at any time. And it's always unexpected, because monsters are carved out of bricks of pure Surprisium, the element of surprise!

(Yes, I am fully aware that I completely ripped Zack's article off. However, I had never read his stupid article when I wrote mine, so it was just a big fat astounding coincidence. Seriously. I did however steal the surprisium joke from Josh.) 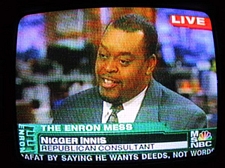 Oh HO! A clever prankster behind the scenes of MSNBC!

Minorities / Homogays: There is a very fine line between being insulting and being funny. It isn't the type of "Fine" that negroes use to describe attractive negro women, but rather fine in the thin sense. See? That right there wasn't funny at all, it was just massively offensive to any African Americans reading this. When making jokes about this topic, one must take extra care to be sensitive and avoid goofy mixups like that. These jokes usually make people laugh because, as we all know, different is just another word for stupid! And since the main audience for Something Awful is white males age 18 to 34, it's only natural that you'd see some jokes about:

Law and Order Up!

Lowtax is Away so Make Fun of Him!

Jesus: Sweet J, the big guy himself! What isn't funny about Jesus? Despite the fact that he can technically be classified as a monster since he died and came back, Jesus seems to be really popular with a whole bunch of people for a variety of non-monster reasons. Due to a bunch of geniuses making absolutely ridiculous claims and misinterpretations of the teachings of Captain Goddy McJesus here, Jesus has become a laughing stock and is easy to kid about! That Jesus is a good man though, if he weren't dead and imaginary I'm sure he'd enjoy a good jest at his expense!

Jesus vs. the Homosexuals

Scientology: This absolutely legitimate religion, which is in no way a money-grubbing whore beast, will sue you or kill you or both if you so much as mention its name. In fact, I was sued three times during that last sentence, and killed once! Something Awful has faced the wrath of Scientology's long, bitter arm of legal justice, becoming the first enemy to defeat our legal representative Leanord J. Crabs in a crazy judicial armwrestling match. Still, despite adversity, we continue to fight them using a combination of Guerilla tactics and actual Gorillas. Started by L. Ron Hubbard, a man who wrote stupid, unpopular Science Fiction for a living. After failing miserably, he made up a bunch of stuff about crystal caves and secret volcano lairs and monsters named Xenu and basically just religified the hell out of it, thus Scientology was born. Scientologists have their own Navy called the "Sea Org", where people in saucy sailor outfits do a lot of mysterious stuff, none of which is crazy, illegal, or homoerotic. They also have their own version of Tony Danza, who they call "John Travolta."

Things that contain or shoot out smaller things: Self explanatory.

Let's Blow Things Up That Were Not Previously Blown Up!

As you can see, not much variety or thought or effort or love goes into the making of Something Awful. Well, there is some love, but it's mostly physical. Otherwise, it's really just a bunch of stuff that we type over and over again, just in a different sequence or language. But now that the horrible truth is exposed, I can tell you people some good news: WE ARE EXPANDING OUR HORIZONS! Just look at some...

Ah yes, those played out jokes of the past are soon to be a thing of memory. Once the present becomes the past, and the future comes strolling on by like the cocky fellow he is, you can expect to see some new things from Something Awful. We've done countless hours of research and clinical tests to find out just what you think is funny. We subsequently lost that list and I haphazardly threw this one together as a farse, or a clever ruse if you would. These are some topics you can expect will be discussed in future updates... 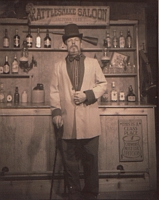 Bees: They're tiny, they move fast, and they will one day take over the world. Bees are an untapped source of comedy!

Astronauts: They fly into space? WHAT COULD BE FUNNIER? Only if they explode, which they so often do!

Southern Dandies: Hello there Mr. 1800's Southern Gentleman! What are you doing here? Serving up COMEDY? Why thank you!

Sumo: Large, fat Japanese men who touch each other like sexy bulls. The only thing more hulking than their bodies are the laughs they can produce. HA!

Grifters: Comedy is in the cards, and they have it in spades! Jokers wild? WILD WITH LAUGHTER!

The future is indeed bright here at Something Awful, especially since that this list of topics was all FALSE! Yes, infusing this article with even more surprisium, none of these jokes will be used! In fact, we're going to switch formats to either "Area man" comedy, crazy 80s observations, or non-stop battles between robotic ninjas and zombie pirates. And you'll love it like you always do because you're a dirty, dirty girl. I hope you enjoy the future of this little web venture of ours. Stay tuned for fun!

Oh no! Angry Star Wars fans hate our honest and forthcoming review of "Star Wars Episode II: Attackof the Clones" provided by everybody's favorite review source, TruthMedia! These Star Wars guys are very mean people who say some very mean things about our review and our site, so you fragile children out there may want to cover your eyes. While you're at it, cover your ears too, just because I said so. And cover your genitals too, you pervert! Long Live the TRUTH! 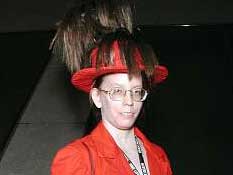 And long live these guys!