Windows 8 takes Microsoft's cell phone UI and attempts to integrate it with the desktop experience. Some people say that the result is the biggest operating system advancement in decades. Some say that small touchscreens are vastly different from traditional keyboard+mouse setups with larger screens, and that Windows 8's option to disable the new UI is proof that this is will have limited usage in the real world.

After spending some time with the recently released preview build, I have some insightful, brilliant thoughts. 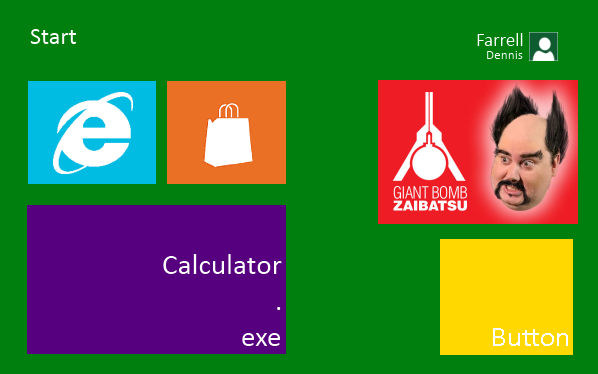 Pretty self-explanatory. This slick and elegant screen provides easy access to absolutely everything you'd ever need. If, for example, you want to be reminded that Internet Explorer still exists, there's a button. If you want to shop on Microsoft's marketplace (and who doesn't?), there's a button. Conveniently, it's a different color so you don't get confused. If you like ads - sorry, recommendations - and lots of white space, you're all set.

Gone are the start menu, taskbar, and desktop. In their stead, the realization that bright colors and large rectangles exist. 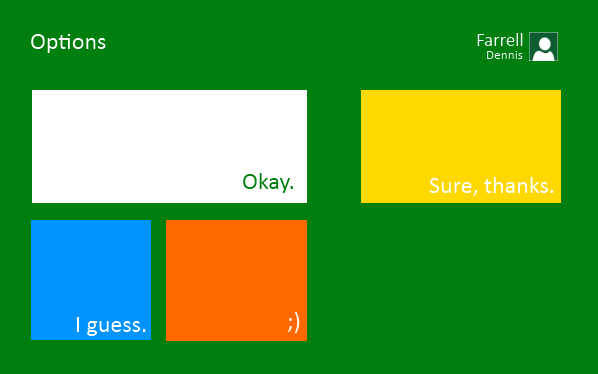 With the new straightforward UI, some people were worried that power users would have a hard time getting into the deepest levels of the system. Obviously, those fears were unfounded. Here we see the full Options Plinth, which replaces the ancient, decrepit Control Panel. You can choose from several options. They all seem pretty good! 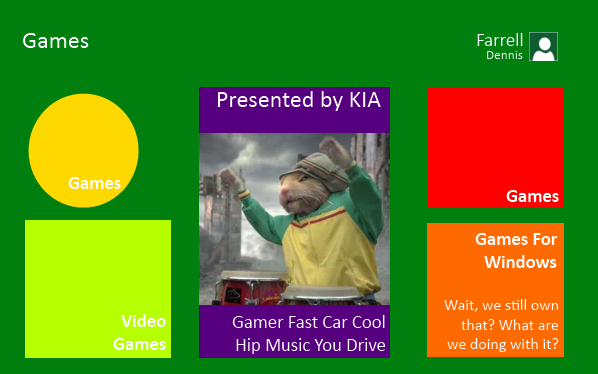 Every few years Microsoft renews their forgotten promise to focus on PC gaming, and this time around they've finally done it by integrating Games For Windows Live. By "integrating", I mean that it exists and you can open it.

GFWL still lacks many of the features that you love on Steam, doesn't have a wide selection of games, doesn't put games on sale very often, the overlay is still clunky, it still causes problems such as arbitrary save game deletions, and it's sort of obnoxious about updating itself. It does, however, have Microsoft's name on it, and you can use it to do really exciting things such as purchasing exclusive DLC or buying Microsoft Xbox dollar points. 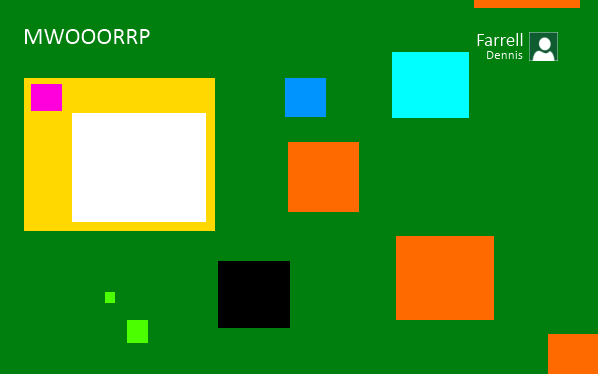 Here we have the MWOOORRP screen. Surprisingly, this is identical to the version we've been using since Windows XP. To be quite honest, it's disappointing to hear Microsoft boast so much about their revolutionary UI, then leave this vital part of the OS untouched. 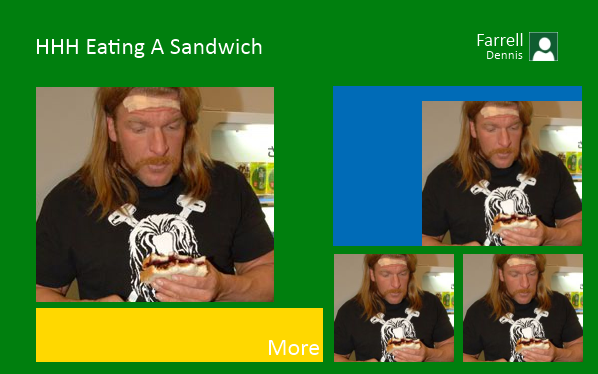 This is the first time that the UI has given me pause. Although I like the bold, clean look of Windows 8 in general, it seems to limit the amount of instances of HHH Eating A Sandwich on the HHH Eating A Sandwich panel. In an ideal UI, we'd see at least twenty - if not fifty - pictures of HHH eating a peanut butter and jelly sandwich with a bandage on his head.

Thankfully, this is a preview build. There's still plenty of time between now and release, so with any luck Microsoft will put their top men on HHH Eating A Sandwich. 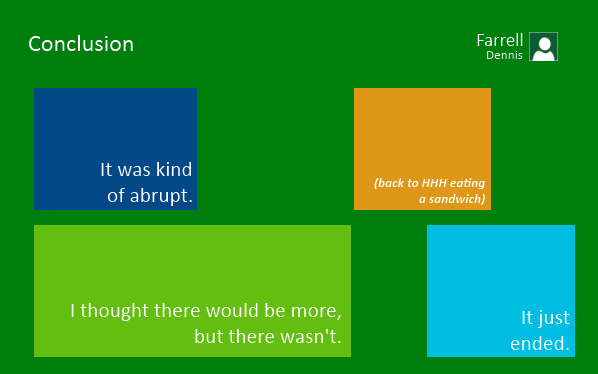