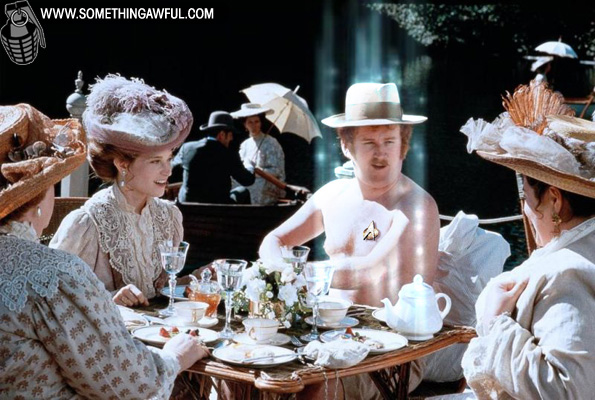 *works anyway and complains about it constantly*

O'Brien distinguished himself in two wars, served on the federation's flagship and saved the galaxy countless times and he's basically DS9's janitor.

Yea the Federation's whole "no money" system starts falling apart when you realize they still have people doing shit jobs for free and apparently sticking around in Starfleet to have horrible things happen to them all the time out of a sense of patriotism.

That or I guess they get 'paid' in holodeck time-alloted or replicator usage or something.

Or perhaps O'Brien is just a masochist who enjoys having everything always going wrong.

The Man From Melmac

"a masochist who enjoys having everything always going wrong"; this is the life of an engineer

Nope, won't be home tonight Keiko, the boss wants me to calibrate the deflector arrays.

Sorry mom, can't take any leave I've got a lot of calibrating to do on this station. 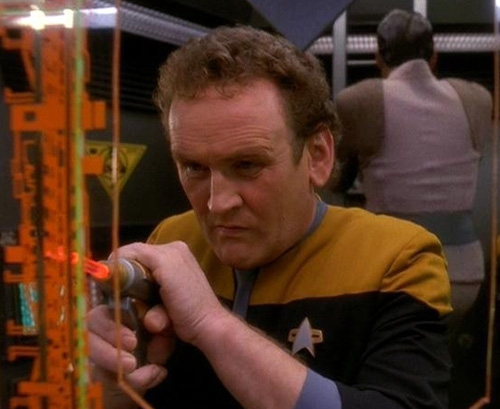 calibrate the pain away

Career Day was a bust.

Guinan sat around telling stories and charming all the kids, all kids wanted Cmdr. Data to do was use his megastrength to bend replicated metal bars or have Cmdr. LaForge use his visor as part of a fun game of hide and go seek.

These aren't your jobs!

I come in there to talk about the wonderment and magic of the transporter, and I'm a fucking monster for making 3 kids cry because the teacher waited until the end of class to inform me that all the people that died in that transporter accident last week had kids there. The ones that weren't crying just didn't care, because transporter technology is as mysterious and unknown to kids as fire or the wheel was to kids 200 years ago.

However, it wasn't a total loss. Being left alone to my own devices with no one to bother me I found a small degree of amusement in watching Cmdr. Riker quietly introducing himself to a handful of his secret illegitimate children, or watching Lt. Worf 'let' some of the teenagers beat him in a self-defense exhibition.

Riker was pissed off as he brushed by me with one of his still-crying secret bastards in tow, and I thought better of trying to comfort the child with the revelation that, "Don't worry little girl, your 'daddy' wasn't really killed last week," but I knew better.