Television shows have all sorts of strategies for dealing with seasons. There's the traditional route, where programs can run their Halloween and Christmas episodes at the same time viewers are experiencing these holidays, creating a tender bond. Or they can break free of the calendar's restraints and embrace the freedom the medium offers: If you think a masquerade party would be neat-looking and plot-convenient, but you can't come up with a reason for it, suddenly it's Halloween in the show's universe, even though it might be March for the viewers!

The reason I've brought up this cool and fascinating topic is that I don't know enough about Game of Thrones to fill an intro box, though a few days ago this guy who ended up denying me a payday loan told me his girlfriend makes him watch it because she's "really into drama." So it's some sort of ye olde Lancelot love-triangle soap opera, likely with roughly the same coy, subtle tone that's long been associated with the genre's romantic content ("The song 'The Lusty Month of May' innocently implies sex, although Vanessa Redgrave performs it with very suggestive vocal inflections." - IMDb Parents Guide to Camelot, 1967). Another thing I know about Game of Thrones is that it features the tagline "Winter is coming" in some of its ads, and this catchphrase is probably metaphorical because all the pictured characters are scantily clad. But Lieutenant Dan chose to apply it literally, and here you have it, Christmas in April (jarring!) featuring Game of Thrones Photoshops (timely!). 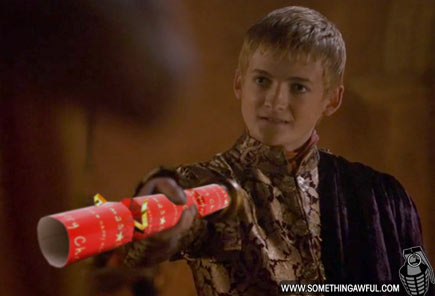 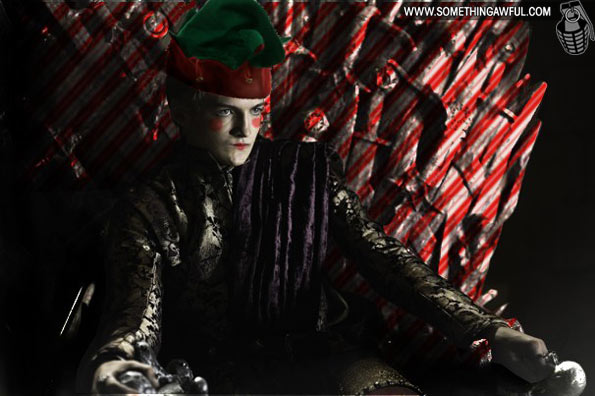