(WARNING PAGE 8 IS NWS AND IS FUCKED UP IN GENERAL. CONTINUE AT YOUR OWN DISCRETION)

Well fuck, you clicked on page 8 didn't you? Through the lens of Banker.bmp, in the last page of an article that has already driven away all but the most curious and crass, we have a chance to examine one particular aspect of Photoshop threads and the forums in general that really deserves to be dragged out into the sunlight: shock images. These can range from a banal old Hitler cameo to an honest-to-god snuff photo, stuff that for one reason (human dignity) or another isn't your usual GIS tomfoolery. Not by a long shot.

So why show these images at all? Because every thread has them, and they aren't going away, and understanding why some people think it's funny to mock dead mountaineers is part of understanding this group's overall style. You might think these images are daring, you might think they're utterly foul. Both are correct. Both beg examination.
Let's start slow. Paul Bearer makes the banker out to be Lee Harvey Oswald, in the famous actual photo of his assassination by Jack Ruby. That is a man being shot to death. And yet, it's not all that offensive to us to see this photograph in a digital collage like this. History is littered with images of death we've become cold to. Why not at least laugh at them? 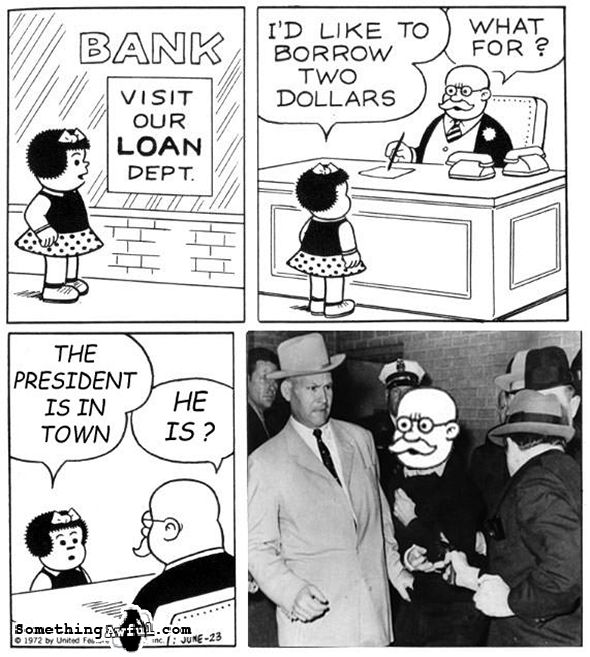 Palpek told a Hitler joke! I wish just having old Adolf the squanderer in your comic didn't qualify it as being obscene but the web is crawling with brownshirts nowadays and it's hard to tell satire from stupid. This is definitely satire- it's that Hitler movie meme again. Really it could have featured in multiple places, but no. No, it had to be banished to page eight. What a shame. 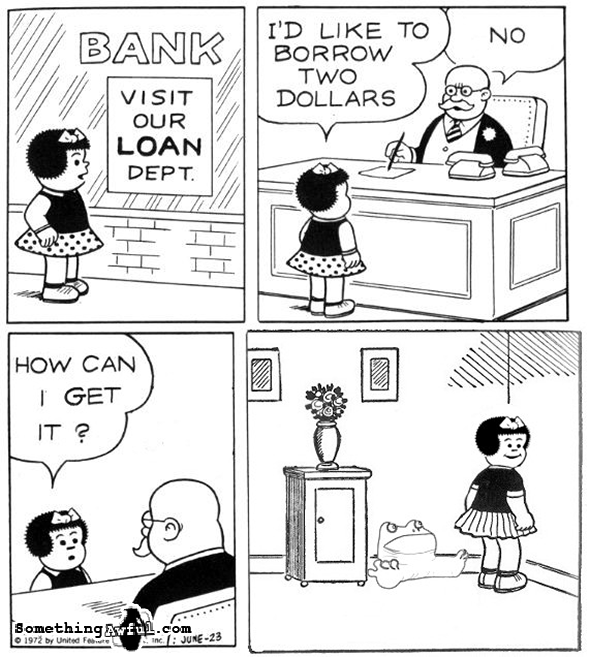 This image by Nice piece of fish features failed Everest climber Shriya Shah-Klorfine, who died in her first and only attempt in 2012. Some people are morbidly fascinated by Shriya and it's obvious why- she created lousy photoshopped images of herself in the snow and then died under circumstances that bring her competence as a mountaineer into question. The only thing she could do to attract more trolls is wear a bright color that's easy to parody... and there we are.

If Something Awful is a surrealist salon, then Shriva Shah-Klorfine is our exquisite corpse. Of course we took it too literally. Of course.
The last stop on this horrible train is from Dave Concepcion. The last panel in this edit contains a (small) reproduction of a photo of Regina Kay Walters, who was murdered in 1989 at the age of 14. The photo of her with her hands up against her assailant is horrifying and often used as a shock image online- here it's juxtaposed with Nancy for some effect I'm not quite able to grasp. Nancy is a murderer? That's the joke? 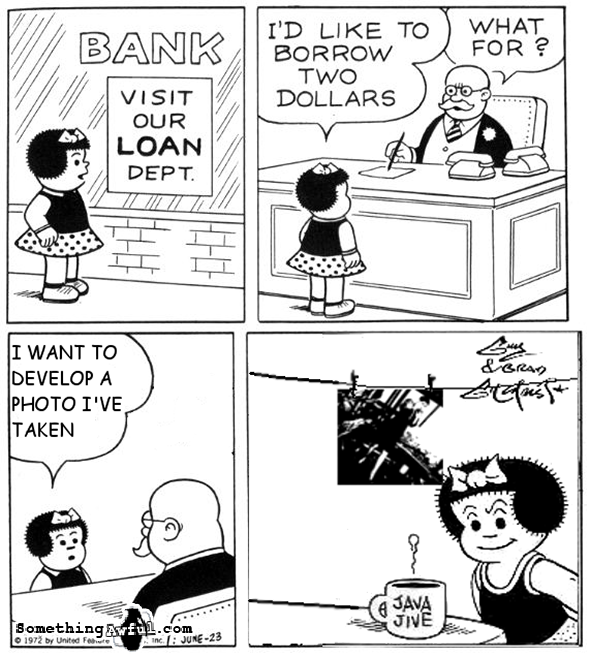 So, why would anybody find these images amusing? I'm not convinced amusement is the point of memes and edits and the whole world of images altogether, honestly. I think it has more to do with exploration. Images aren't a natural phenomenon they're a human phenomenon, they do a neat trick in our brain that we don't quite understand, where some lines look like bodies and other lines look like stars and you can make an auroch bull on your cave wall that looks good enough to hunt, but you don't really know why. The people making taboo art are exploring where others won't go, and that's good. When what they find there turns out to not be funny, they should come back and try again. I personally think the photo of Regina Kay Walters was never funny but that means the joke was partially on me.

Me and Say Nothing. 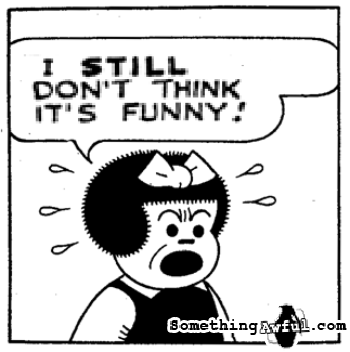