Bovine Fury made this image (of course). Can you understand what it means? 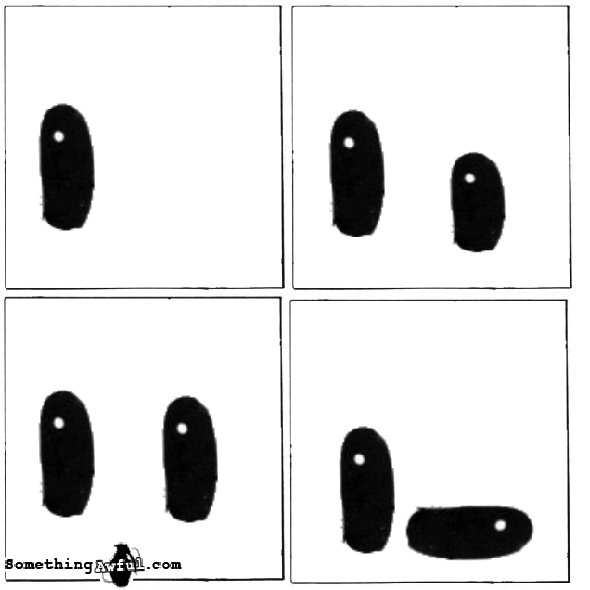 Just from this article you can recognize the clown's nose. But why seven clown's noses, in this particular arrangement?
Maybe this edit from unpleasantly turgid will clear it up for you: 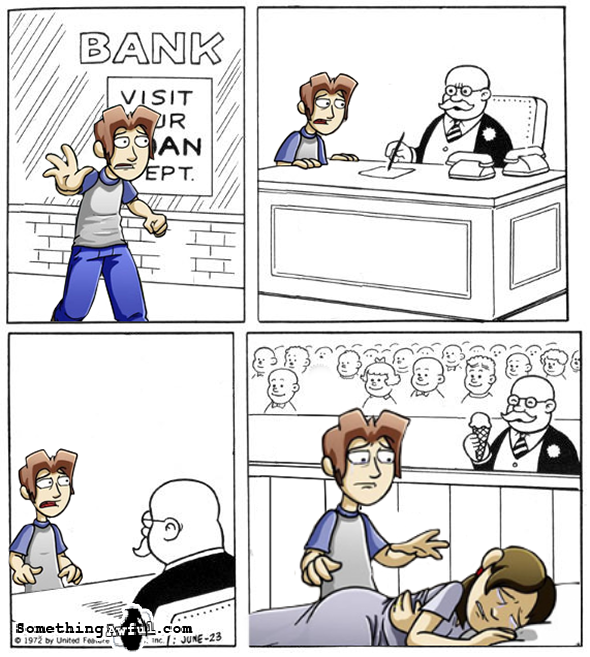 Both of those edits are references to Loss.Jpg, an infamous strip from the aforementioned Ctrl+Alt+Del (B^U, get it now?). Ten years ago Tim Buckley "drew" a strip about a miscarriage and ever since we've bent and broken it so thoroughly that a series of lines can be interpreted as Loss.jpg. It's become symbolic on the most utterly simple level, matched really only by the simple icons found in... 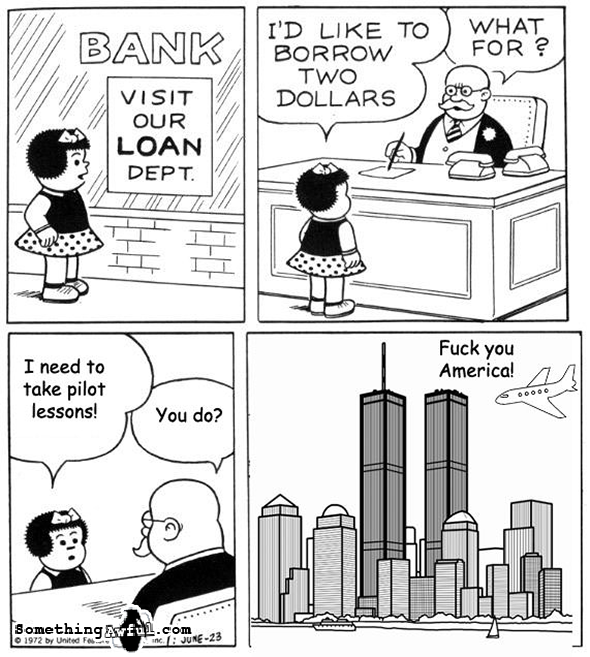 ...or Goatse.CX, lovingly rendered here by Say Nothing: 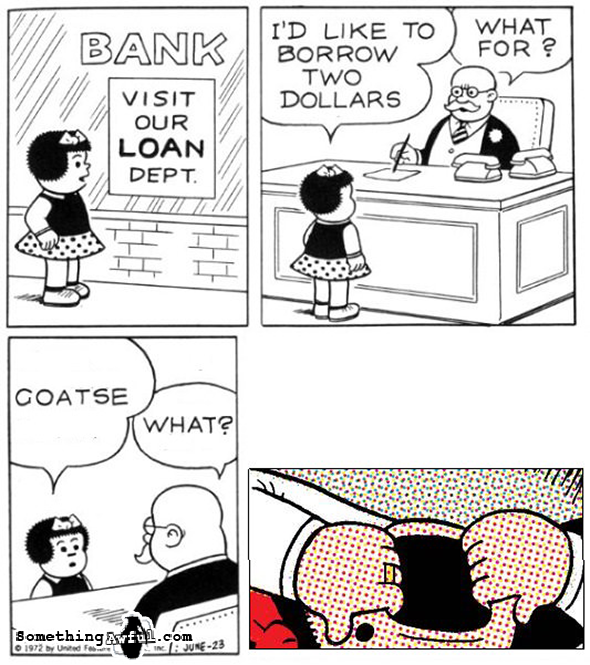 Two towers and a plane, two hands and an anus, seven severed clown noses reenacting a miscarriage. Yup.
But why the clown's nose? Esplanade knows why: 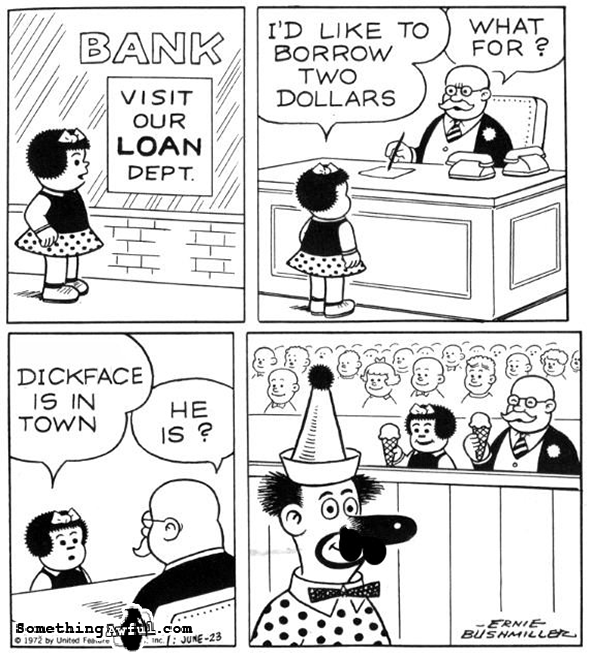 "Yeah sure it's a penis" you say, incredulously. "Everything's a penis in iconography!" True. But Clown's noses are especially penises, because the clown's face is a juxtaposition of death (Thanos, the white skull) and sex (Eros, the red glans).
Still don't believe me? Novo gets it. And they let it stand on its own without a single other observation: 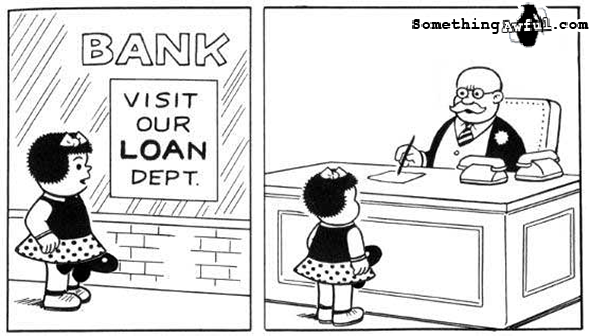 White face, red nose. White skyscraper, red anus. Seven severed clown penises reenacting a miscarriage. Dickface is in town. These aren't the pamphlet notes to a dadaist painting exhibit but they might as well be. The closest artistic comparison I can make to SomethingAwful.com's forums is probably an obnoxious surrealist salon: a spectrum of poseurs and bohemians interested in making each other giggle, singling out the people who don't get it, and producing artwork of staggering social complexity, in that order. I'm a member, and me going full-Žižek about the stupid Nancy comic edits I read on the bus last summer really is just self-important performance art. And so is me noticing!
You were warned, but you kept reading this thing anyway. What could possibly be next?
Previous More Photoshop Phriday Next