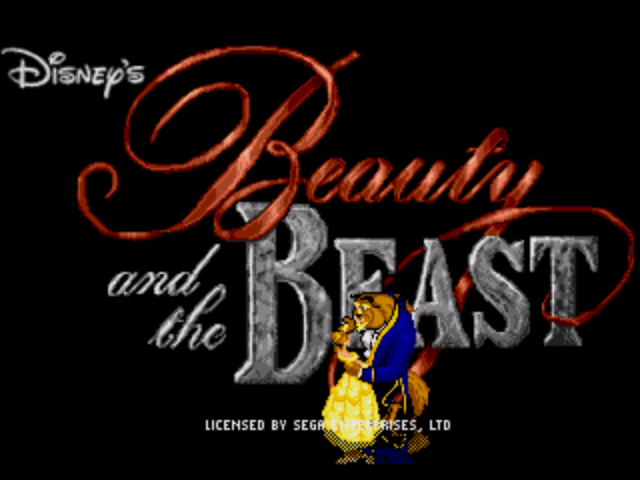 At a glance: 9/10 video game spin offs of movies are fantastically terrible. However, Walt Disney Pictures is so full of cash that dollar bills threaten to rupture its sphincter at any given moment, so they're usually able to produce games that don't tear holes in the space-time continuum with their sucking. In fact, I have many fond memories of playing such games as Aladdin and The Lion King on my Genesis (Right, A, A, B, Start.) Too bad it all falls down the shitter when they try to make a game FOR GRRRRRRRRLS.
Platform: Sega Genesis, 1993
Know a terrible ROM? Email me! 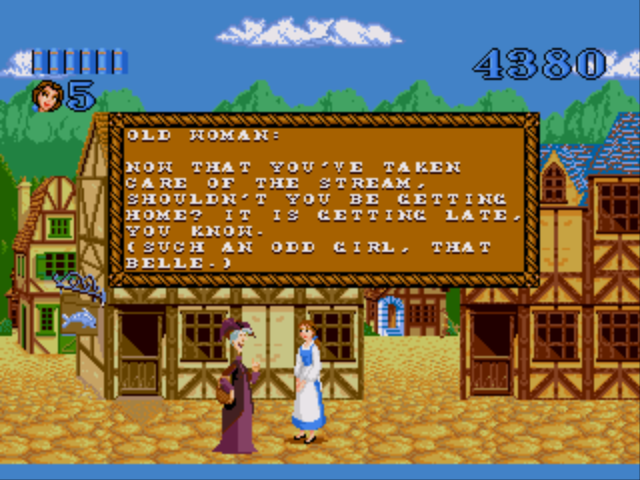 I hear she plays video games, too. Story: Seeing as I'm forced to play games routinely that hand a flamethrower to a caveman with no further explanation, anything that even attemps a plot gets free points, no matter how stupid. Belle's Quest, amazingly, is almost coherent, following the story of Belle from the movie. Wait, I mean the cutscenes show the story of Belle from the movie, because I don't remember there being a bit in the charming musical number wherein Belle is stabbed to death by forks.

Gameplay: The gorgeous and free-spirited Belle meanders through rustic/verbose France, dodging horrific obstacles such as "mud" and "birds" along the way. Unfortunately, Belle's beauty is rivalled only by her functional (and quite possibly mental) retardation. She won't duck unless you hit "A", instead of pushing down on the D-pad like in EVERY SINGLE VIDEO GAME TO EVER EXIST IN THE HISTORY OF BOTH GAMES AND EXISTING. She won't automatically grab items, such as health, either; you have to stab another button for that.

But the worst parts of this game are the means by which you advance the plot, which make about as much sense as the anti-Semitic ramblings of Walt Disney himself. For example, after making your way through town, you come across a large boulder. There is no conceivable reason for me to want to go past this boulder, but you're supposed to get it moved 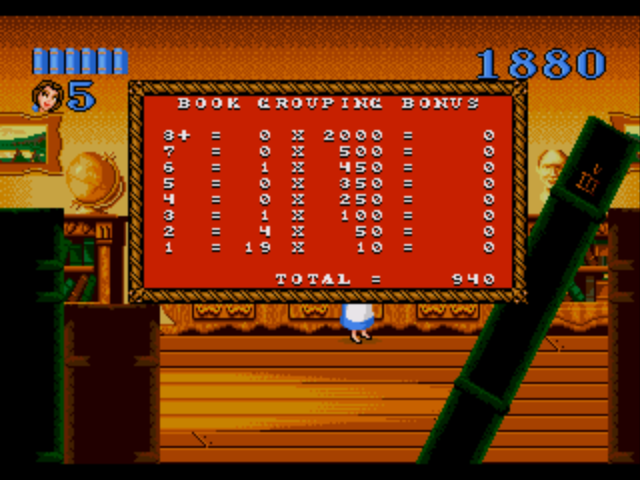 Girls like huge columns of arbitrary numbers.anyway. Once that's done via a complicated quest that teaches little girls the art of manipulating men, you turn away from the newly-opened path, walk back through town, and finish the level by walking to an area that didn't exist before. I wish this were an isolated incident, but the parts of Belle's Quest that aren't impossible to figure out are maddeningly difficult, or at least fucking tedious.

Graphics: I have almost no complaints here. I'm actually curious how many times Disney had to whip their rendering slaves in order to get the rotating sprites looking so nice. But sometimes I get the feeling the makers' boners were getting jammed in the programming code. For example, many of the "Special" Actions will freeze you in place until the animation completes, leaving you at the mercy at whatever whimsical bit of Disney Magic wants to kill the shit of your tight little French ass.

Sound: Of course they extend that Disney Quality to the sound! Some of of it sounds pretty decent, but in general, trying to approximate the sound of an orchestra with midis ends in tears and also Do-It-Yourself Lobotomy Sessions. I'm struggling to come up with an analogy that can adequately describe to you younger readers what the "majestic" midis of the early 90s sounded like. Maybe a man on acid who thinks he's wailing 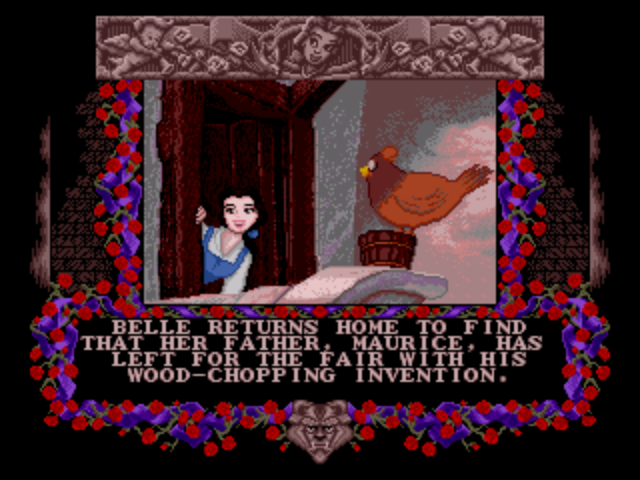 Also cocks.away on a guitar, but in actuality he's dragging a rusty switchblade across a blood-spattered cookie sheet charged with static electricity.

No no, maybe if you took a suit of armor full of cats, but the cats have Parkinson's disease, and then you shove them all down a staircase inside a giant cup of Jell-O, and--

Fun: I have to give Disney credit: They made a video game aimed at girls that wasn't pinker than a Sweetest Day gift basket full of vulvas. It mystifies me why there weren't more games like this back in the 8- and 16-bit console eras -or rather, it mystifies me that the early consoles were marketed almost exclusively at boys, even though games like Mario and Sonic were as gender ambiguous as a Thai prostitute.

But since a small blue rodent that ran really fast was clearly a cocks-only club, chicks got Belle's Quest. I think the "super magical adventure land" thing would've been fun for about five minutes, until the girls discovered the game is completely impossible. See "girls don't play video games" may not be true anymore, but I think it's reasonable to say we don't care about them as much, nor (generally speaking) are we as competitive. If I 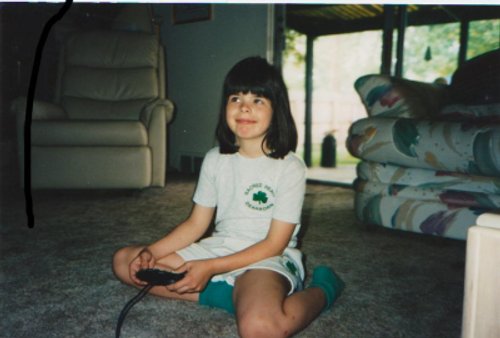 Yeah whatever, Walt.wanted to measure my sexual prowess, I'd have abaking contestnaked pillow fightphilosophical discussion about the nature of humanity, not speculate on strangers' romantic preferences over XBox Live. So when we play video games, we generally want to have fun, not put ourselves through repeated agony. Belle's Quest is well-made, but definitely not enjoyable enough for the more boobsier sex.

Defining moment: The second level is a forest maze that could literally have you going around in circles for hours, subjecting you to multiple difficult-to-see-let-alone-dodge hazards per cramped screen. The secret? A pumpkin farmer. A wall of text. In the previous level. Did you happen to miss that, little Susie? WELL MAYBE YOU'RE NOT FUCKING HARDCORE ENOUGH TO BE A GAMER.