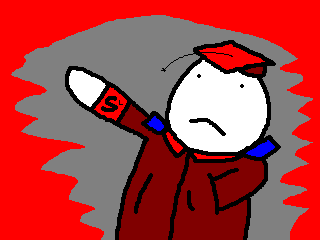 Byline: "I Told You I Was Hardcore"

Summary: One might think that the SLLA and the SLS have much in common: after all, we've both received national press coverage for "griefing" in-game establishments. But don't be confused by their habit for hiring hit squads: they take Second Life as seriously as a stigmatic nun with Playtex through her palms. Though they've suffered some setbacks since it was revealed that their leader was "a corporate counterintelligence operative," it hasn't diminished their penchant for pretentious politicking.

Paradigm Post: "TOWARDS A STRATEGY FOR THE DEMOCRATIC REVOLUTION"

If there were no objective material basis for a democratic revolution in SL, then the SLLA would be at best an exciting combat game, at worst a group of griefers. But there is an objective basis for a democratic revolution in SL - a real contradiction lodged within the sim which we must exploit. This contradiction is broadly analogous to that which confronted revolutionaries in the English Revolution of the 17th century and the American and French Revolutions of the 18th century.

On the one hand citizens have an objective interest in the establishment of inviolable property rights and the fullest development of the internal market - and on the other hand the citizens and property owners do not govern SL. There is a direct contradiction between the interests of the citizens and the dictatorship of Linden Labs.

This absence of a citizens' government leaves citizens vulnerable in relation to other macroeconomic and policy questions essential to the future development of SL, such as land issue, currency supply, immigration (volume of entry of new citizens), participation of RL corporates in SL, land fees and strategic priorities in stabilising the grid.

What form will democratic representation ('Self-Rule') take? We cannot yet answer this in absolute terms. Some may believe that it could take the form of an elected parliament; others that a new hi-tech form of democracy may be possible that we have not yet imagined. Either way, representation should be on the basis of universal suffrage with no RL user able to vote more than once. In SL-language this is simple to express, and suggests a slogan: One Citizen One Vote (except Alts).

Even when we succeed in winning some form of avatar representation, this would not be final victory. It is most likely that LL would seek to limit it to a weak consumer consultation exercise. But it would have the potential to develop a dual power situation; a revolutionary crisis. The success of this depends entirely on how the revolutionary democrats themselves act in such a situation. The aim of the SLLA would be to form and lead the Jacobin wing of such an assembly, striving for an SL government elected by its citizens.

If You Liked This, You Might Also Enjoy: Leon Trotsky, Che Guevera, Mike Gravel. 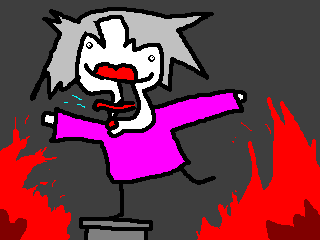 Byline: "Like Stephen Hawking, I am sustained by naught but a contrarian will."

Reads Like: Bill Maher propounding Loose Change 9/11 after snorting Angel Dust out of the lungs of a dying prostitute.

Summary: The blog of fan favorite Prokofy Neva, who famously coined the misspelled phrase "Feted Inner Core" to describe what she perceived as a gamewide conspiracy to favor people who were not her, Second Thoughts is an endlessly updated onslaught against her many imaginary enemies. In addition to allegations of fetidity, Prokofy Neva maintains a veritable arsenal of other insults, none of which pack the punch of an Amish schoolgirl. Anyone who doubts the overall importance of virtual worlds is a Luddite; anyone whose technological savvy outstrips her own is a "tekki-wiki coder geek." She has threatened me with libel and called SomethingAwful "a substrate for terrorism in SL -- it's a site where griefers in SL find comfort, haven, advice, moral support, publicity, readership, sustenance...I want people to realize that their goofing around and flirtations and indulgences of W-Hat and its spin-offs is part of what sustains its criminality." Nevertheless, I must profess my abiding love of Prokofy. It is hard to hate someone whose creative contributions include a podcast entitled "The Indefensible Rehabilitation of Plastic Duck." Perhaps it is wrong, but listening to a 50 year old woman rant about in-game injustices always puts a smile born of schadenfreude on my face.

"I've blogged about the Angle Fluffy menace before -- what happens when a very zealous and intense and bright avatar with plenty of time to throw at SL and no oversight becomes "helpful" for busy Lindens and does stuff like take over the voter list and recommend resident content to be removed. Angel has inserted himself into numerous groups, wikis, chats, advice sessions, office hours with Lindens, etc. with one, unrelenting, intense measure: that he must be in charge, and that security must pass through him. In real life when any kind of "leader" emerges doing this, various alarm bells go off; in SL, this kind of tyranny in the making is muted by the atomized nature of the world.

I've endlessly tried to bring attention to the problem of Angel Fluffy and his highly questionable role in taking over security groups and various other community groups to ensure both actual security of his members, and security against any critics of his person and role in Second Life. He'll get on Ban-Link and remark casually, "Prokofy Neva is a known griefer" for example, and get people to ban me who are new and don't realize this is an ideological and sectarian ban, unrelated of course to any actual bad behaviour inworld.

Note how Angel Fluffy, like some RL governments we know, first tries to cry panic about griefing and get everyone riled as if there is a national emergency (it may in fact only be a furry emergency, or a furry capture roleplay emergency) and then urges them that *the only way to fight is to use the 'trust' of 'ban-link' and its security goons who will camp telehubs for you).

If You Liked This, You May Also Enjoy: Chatlogs, Conspiracies, PeppermintPatti.