A Few Words About Words 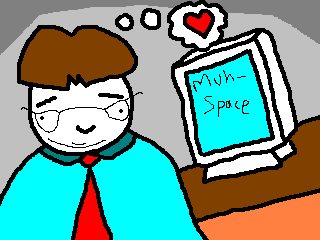 A modern social gentlemanHere at the Second Life Safari, we assemble highlight reels of deeds and misdeeds from within inexplicably popular virtual worlds. It is usually enough, for our purposes, to stay inside the game, because when you pit goons against crazies in a creative medium the jokes pretty much write themselves.

I don't have a punchline for that last paragraph. Sorry, but I'm pretty sure those examples come giftwrapped in black humor. Sometimes truth is stranger than fiction, and when people refer to their real names as "meatspace handles" I honestly don't know how to top that. 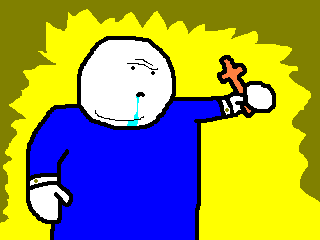 Truly a man of formidable witAmidst all this crossover culture, there are none more detached from reality than the people who publish polemics about their electronic encounters. If the Second Life roleplaying community is an open sewer, its blogging community is an intellectual leach field. Delusions of grandeur drain through the soil of self-importance to form a tonic of tragic irony, which, while pathetic, is also sadly amusing, like the time my beloved uncle, who has Downs, earnestly announced over Thanksgiving dinner that he was the baby Jesus. It is worth noting that he, a disabled man whose pastimes include singing showtunes and pushing shopping carts, is more reasonable than most Second Life pundits.

So without further ado, I'd like to introduce you to some superstars of the self-described "SLogosphere." Cue up the review machine, Johnny! 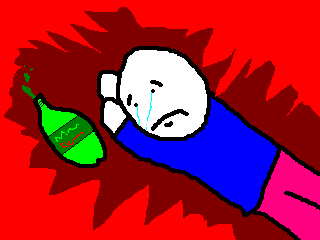 Byline: "Hey, Who Filled My Ivory Tower With Carbon Monoxide?"

Reads Like: A lecture by a college history professor who thinks his tweed jacket is dashingly attractive and whose buglike eyeglasses could fry ants on a summer sidewalk.

Summary: Founded by a group of professors in 2004 to discuss the "social implications of synthetic worlds," Terra Nova is a "collaborative weblog experiment" with terrible results. Its writers spout more buzzwords than a coked up Larry Page, but I suppose that's to be expected from a website that proudly claims Cory Doctorow as one of its own. Its list of revered contributers also includes Julian Dibbell, who became famous in the 1990's after writing a long essay about a catastrophic "rape" in his favorite MUD. One article discussing the behavior of goons in Second Life and their "emergent criminality" spawned 387 comments, including one which chastised a fellow contributer for "presenting herself as a disinterested classicist lamenting the infusion of politically motivated methods of pedagogy and analysis into higher education...oppressive with her froward, longiloquent campaigns, she will perhaps be the ultimate exterminator of our human species -- if separate species we be -- for her reserve of unguessed horrors could never be borne by mortal brains if loosed upon the world." Attention: anonymous commenter. HP Lovecraft's estate called. They want his thesaurus back.

Paradigm Post: "Coming of Age In World of Warcraft"

"You know, I wouldn't call myself one of those evil academics who ˜studies" World of WarCraft (WoW). Far from it, I play WoW, and the anthropologist in me can't help but analyze what makes that play culture tick. And that would include a little more than a passing academic interest in WoW. So, maybe I am evil after all and I suppose that's why I typically play Horde.

Passion is what drives me to pursue the tough questions, but detachment is what needs to occur in order to convert things like intense passionate participation into clear, compelling, ethnographic writing. It has taken me until now to truly be able to convert one particular experience into anything resembling articulate.
In this particular night of passionate participation, I found myself curled up in the foetal position and sobbing post-raid. True story.

One may ask what the deal is, because "it's just a game." Right? Well, it isn't and here's why.

At the time, I was a new level 60 (meaning, that my gear wasn't uber in any sense, I only had one purple item, and I didn't have Vent or even CT mod yet).

One evening after dinner, a local friend called me up and told me that his guild (most of which had members joining in from time zones seven hours ahead) needed more people for their Silithus raid. With my agreement to participate, there were already social relations at stake.

If You Liked This, You Might Also Enjoy: Medieval history of German shoemakers, shoving a pencil up your nose and into your brain, Wired Magazine.