When the news cycle spins out every few months and reaches a retarded apogee, you tend to hear about Catholic housewives in Argentina or Kentucky discovering potato chips: 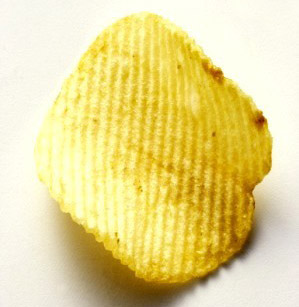 which very clearly contain the image of the virgin Mary: 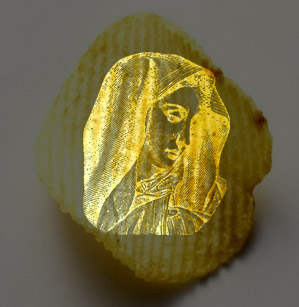 I find it a little suspicious that Christians only report seeing Mary or Jesus in food products. Sure, it would be a little embarassing to tear open a bag of Cheetos hoping to have your faith reaffirmed by the powdery visage of Christ only to come face to face with Vishnu, but you'd still be obligated to hit #3 on your speed dial and inform the local paper.

Likewise, you never hear about Buddha presenting himself in an atheist's latte or a Muslim coming across Joseph Smith and his golden tablets on a plate of pork chops.

The phenomena of discovering powerful images in food is not limited to religious icons. Take, for example, this Big Kahuna Burger: 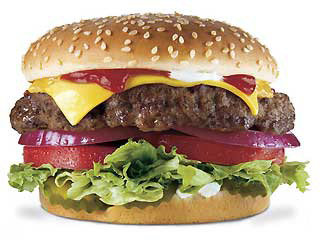 Look a little closer, and you'll find a familiar sight to fans of the arcade classic Burger Time: 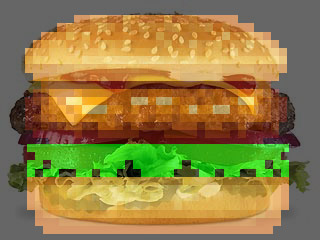 Then there is this seemingly normal cake: 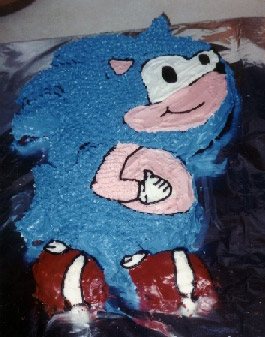 Which is, in fact, hiding the likeness of a famous video game character: 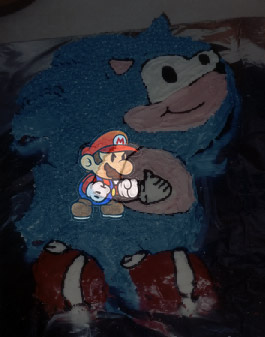 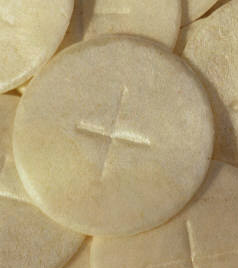 to take note of a powerful icon which had presented itself: 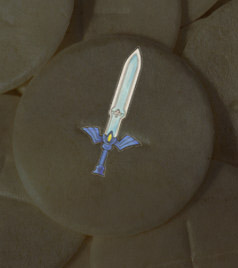 Resident Evil 5
People were making a big deal about this game because all you do is shoot black people, but they were way off because you also punch and stab them. 7/10

Madworld
Finally, a game that reminds mature gamers that the Wii is capable of showcasing titles that would be much better in HD. 8/10

Sonic And The Black Knight
Sonic fans have been begging for a game that gets back to the series' roots without the taint of gimmicks or storylines, and Sega has answered with a game about King Arthur where Sonic has to stop running to engage in swordplay. 4/10